About the art dealer

Simonis & Buunk is located in Ede, in the centre of the Netherlands. Their varied collection, comprising some 2,500 paintings and watercolours by 19th and 20th century Dutch masters, is shown in three spacious galleries on the Notaris Fischerstraat. The particular emphasis of the19th century... Read more

Simonis & Buunk is located in Ede, in the centre of the Netherlands. Their varied collection, comprising some 2,500 paintings and watercolours by 19th and 20th century Dutch masters, is shown in three spacious galleries on the Notaris Fischerstraat. The particular emphasis of the19th century collection is Dutch Romanticism and Impressionism of the Hague and Amsterdam Schools. The 20th century is represented with work from, among others, the Dutch Neo-Impressionists, Luminists, classical modernists, Expressionists, Realists and post-war abstractionists. The paintings are complemented by a collection of sculpture installed in the sculpture garden and the three galleries. 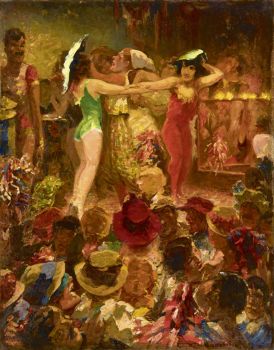 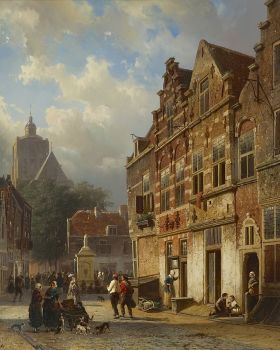 Koopmanstraat and Market in Brielle1854 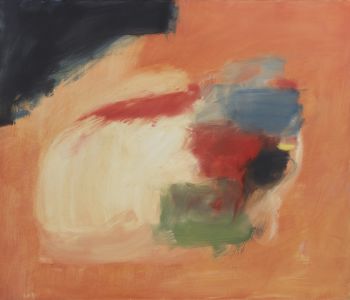 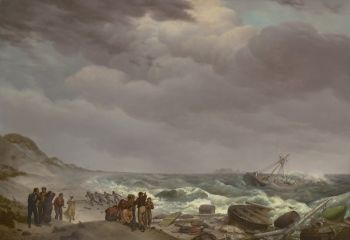 Shipwreck at the South African coast, Tsaarsbank, with the Table Mountain in the distance1824

185 artworks for sale by Simonis & Buunk

Koopmanstraat and Market in Brielle1854 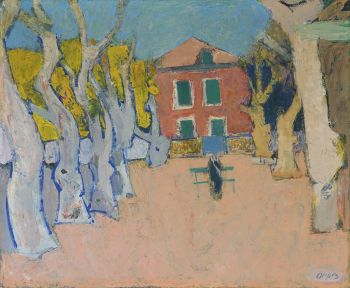 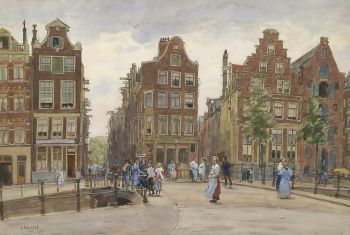 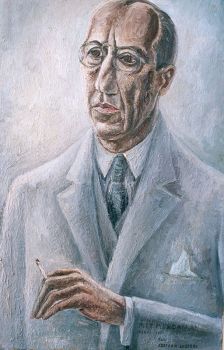 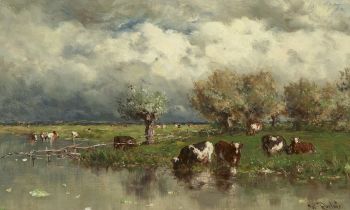 Cows in a water landscape19th century 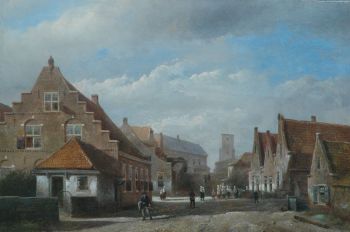 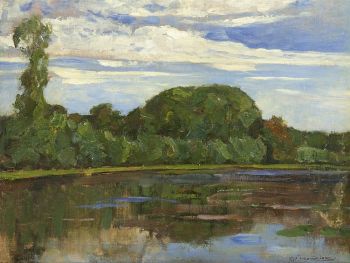 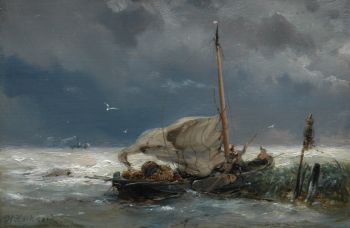 Fishing boat and steamer in a storm19th century 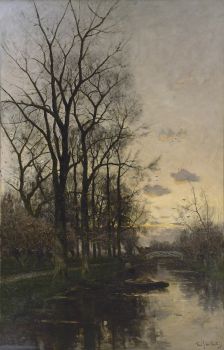 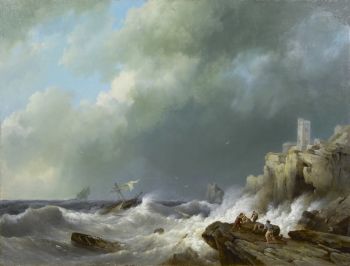 Shipwreck near a rocky coast1834 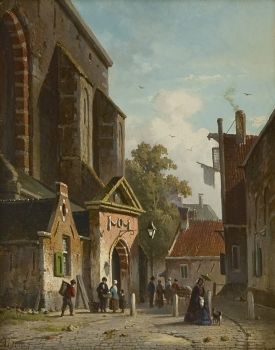 1822 - 18976 artworks for sale
Willem Roelofs is regarded as the major forerunner of the Hague School. He painted woodland scenes and broadly...

1787 - 18705 artworks for sale
The winter scenes and summer landscapes of Andreas Schelfhout were already very popular in his day. He painted them...

1828 - 19035 artworks for sale
Constan Gabriel (for a long time erroneously known in literature by his first name Paul) is sometimes referred to as...

1872 - 19445 artworks for sale
Mondrian was a contributor to the De Stijl art movement and group, which was founded by Theo van Doesburg. He evolved a...

1880 - 19468 artworks for sale
Cornelis Vreedenburgh was largely self-taught. Initially a house painter by trade, he drew and painted only in his...

1864 - 19256 artworks for sale
Floris Arntzenius trained at the Rijksacademie, Amsterdam, along with Isaac Israels, Willem Witsen and G.H. Breitner,...

1825 - 18923 artworks for sale
A pupil of his father P. van Borselen and Andreas Schelfhout, he painted mostly landscapes, drawing inspiration from...

1862 - 19316 artworks for sale
With a choice of subjects rooted in the Hague School paired with a style and use of colour associated with the...

1837 - 18999 artworks for sale
Jacob Maris was a major painter of the Hague School. More than any other artist he was able to capture the silver grey...

1881 - 194111 artworks for sale
Leo Gestel who was born in Woerden on the 11th of November in 1881, was a Dutch Painter. His father Willem Gestel...
1 - 4 / 12
We use cookies to provide statistics that help us give you the best experience of our site. By using this site without changing your cookie settings, you are agreeing to our use of cookies.
Cookie settingsAllow cookies