Unlike most representational contemporary artists, De Jonge does not begin her own creative voyages from a particular visual prerequisite. Rather, she moves exactly in the opposite direction. She begins with one clear-cut concept, that she might find visually stimulating. Then following her questing nature, she seeks a way to express that concepts through the vocabulary of her chosen medium.

The Jonge’s work speaks eloquently of a distinct fascination with the interaction between inhabitants of large cities and the intriguing ambiguities of cast shadows depicted in her New York series, but also Paris, Shanghai, London and more. Her focal point is always from above in order to remain a spectator.

In her work she is looking for balance between energy and contemplation, between movement and quietness. Athough the paintings describe dynamic city scenes, they often convey a remarkable sense of calmness. This tension is what is unique in De Jonge’s work. 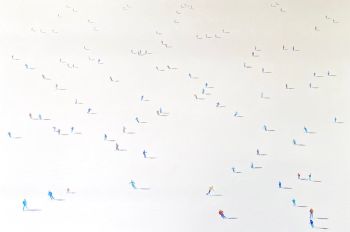 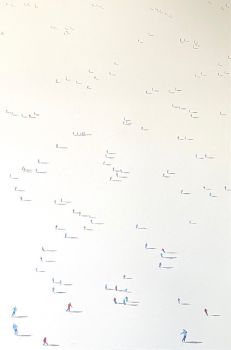 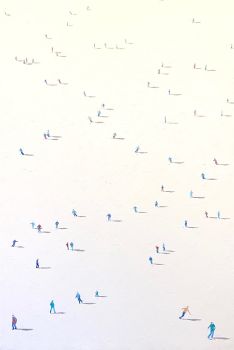 Shadows Central Park on Ice I2021 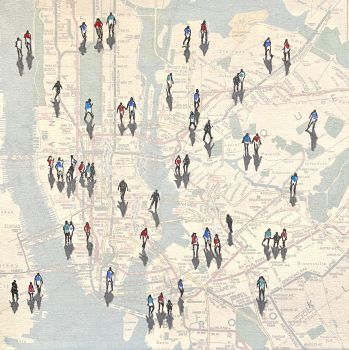 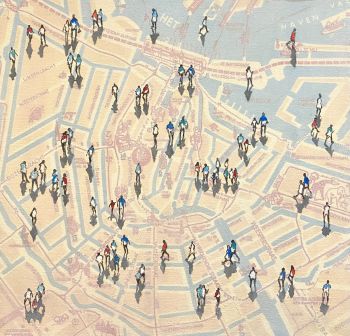 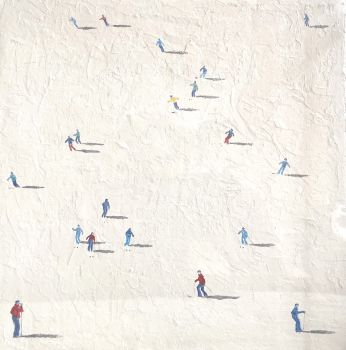 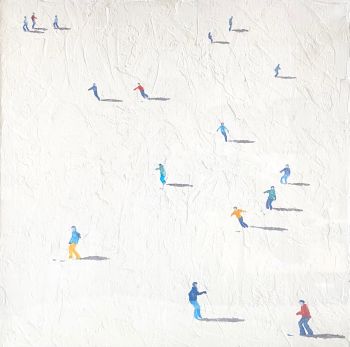 Shadows on White small I2022 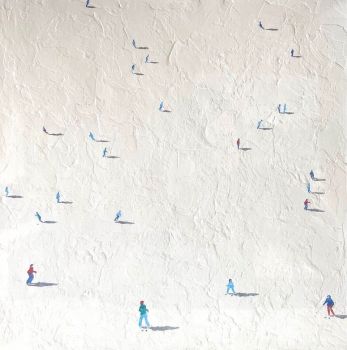