Georg Rueter (1875, Haarlem - 1966, Amsterdam), full name Wilhelm Christian Georg Rueter, was a Dutch sculptor (bronze), etcher, lithographer, woodcutter, painter, glass painter, designer. After studying drawing for four years, he received a Teaching Certificat of Drawing in 1894. From 1894 to 1896 he studied under August Allebé at the Rijksakademie van Beeldende Kunsten (State Academy of Fine Arts), Amsterdam. Between 1921 and 1940 he was a teacher (lector) at this academy. The famous draughtsman and illustrator Johan Herman Isings was one of his pupils. Georg Rueter was married to Gerarda Lang. He lived and worked in Haarlem, Sloten, Sloterdijk and Amsterdam. Rueter created among others landscapes, cityscapes, portraits, self-portraits, animals, book designs, book decorations, ex-libris. He was honoured with a Silver Medal of Amsterdam in 1963, and in 1923 he was awarded a Royal Medal by Queen Wilhelmina. He was a member of Arti et Amicitiae, Amsterdam, and Saint Lucas, Amsterdam.

3 artworks for sale by Georg Rueter 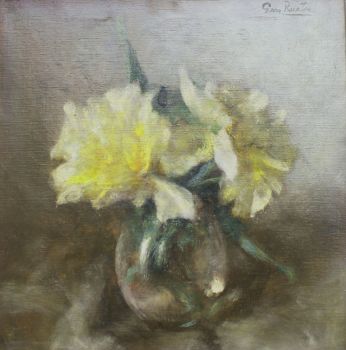 A Flower Still Life with Roses1935 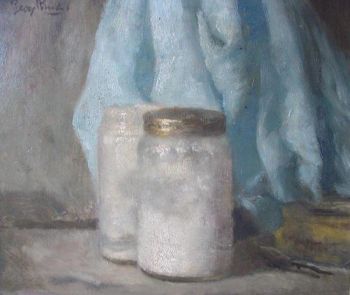 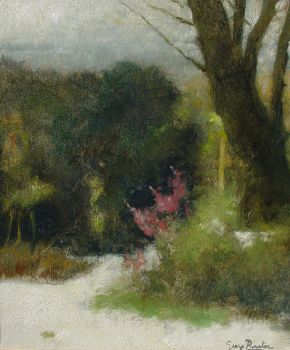