The Loetz glassworks existed in Klostermuhle, Austria, for just over a hundred years, starting from 1840. But its heyday was during the life-time of Max Ritter Von Spaun, grandson of the original Johann Loetz who had founded the company. Von Spaun took over the company in 1879 and ran it until 1908, a year before his death. He was assisted by Eduard Prochaska, his technical specialist, and together they invented, designed and produced a whole series of wonderful new types of glass, taking out several patents and winning awards at all the major world exhibitions during the 1890's and the first years of the new century.

The Loetz company were amongst the leaders in Art Nouveau design and expecially in irridescent art glass. "Papillon" glass, like the vase on the left, is sometimes known today as "oil spot" glass. Another favorite Loetz coloring was irridized glass with pulled trails called "Phenomenon" glass. There were irridized vases with ribbons of metallic colors winding over the surface, and many spectacular designs with applied trails of beautiful colours, or simply pulled out of the body of the glass to form handles or decoration.

About 1900 the company started collaborating with outside designers, and some great artists designed pieces for Lotz, notably Joseph Hofmann, Koloman Moser, Maria Kirchner, and Hofstatter.

In 1908 Loetz was taken over by Max Von Spaun's son, also called Max, and although it struggled financially (going through bankruptcy in 1911 and again in 1931) there were several great designers whose work was produced by Loetz during those years and through the art decoration period. These included Adolf Beckert and Michael Powolny. 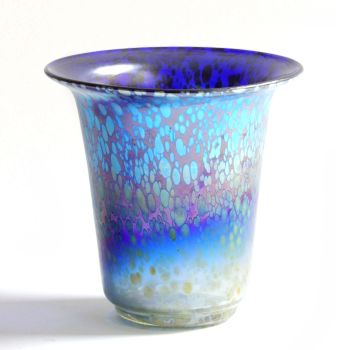 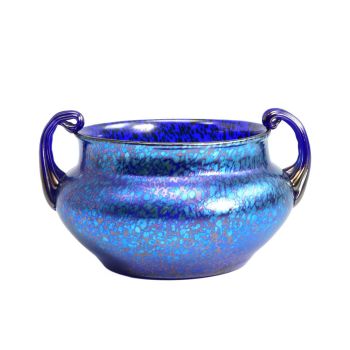 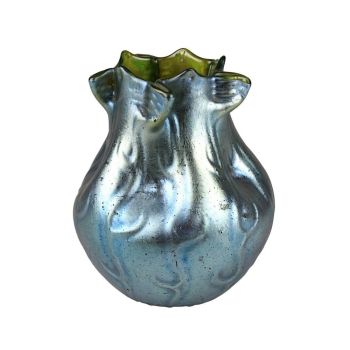 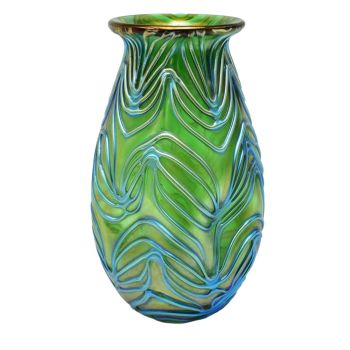 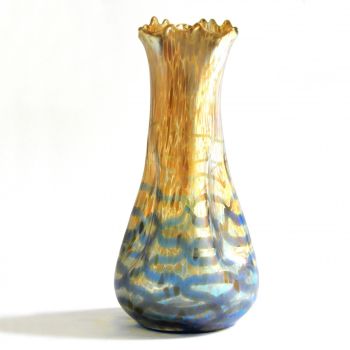 3 Artworks from this artist
112 artworks66 artists

2 Artworks from this artist
54 artworks34 artists
1 - 2 / 2
We use cookies to provide statistics that help us give you the best experience of our site. By using this site without changing your cookie settings, you are agreeing to our use of cookies.
Cookie settingsAllow cookies