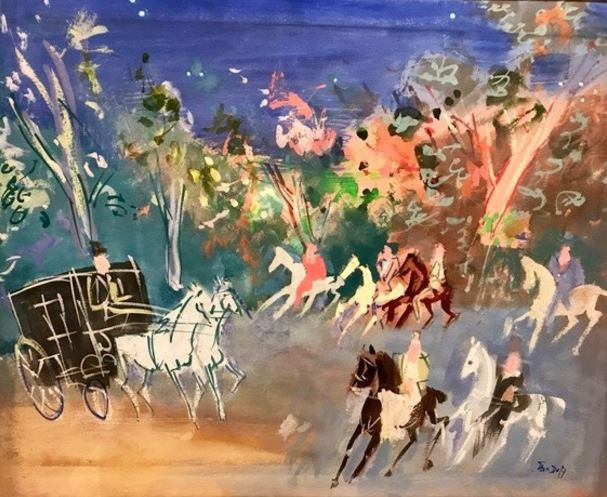 A Calèche and horses in a summer setting; 20th century.