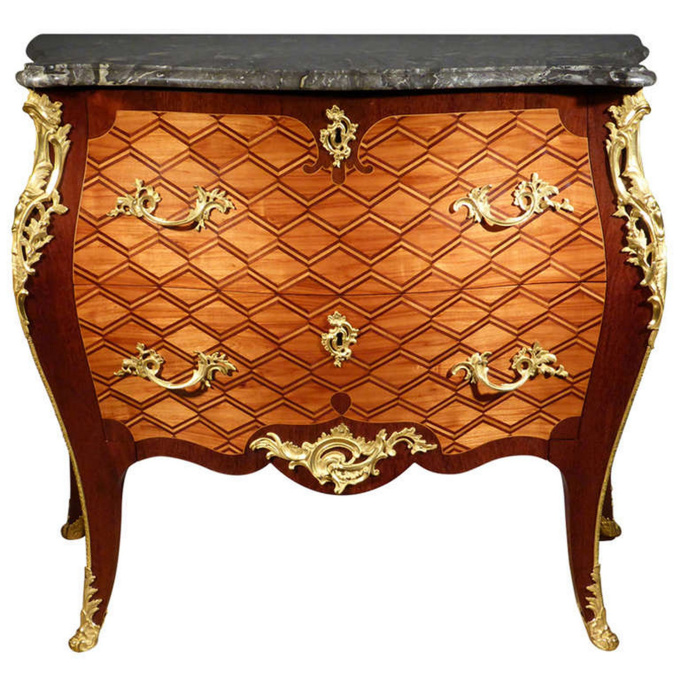 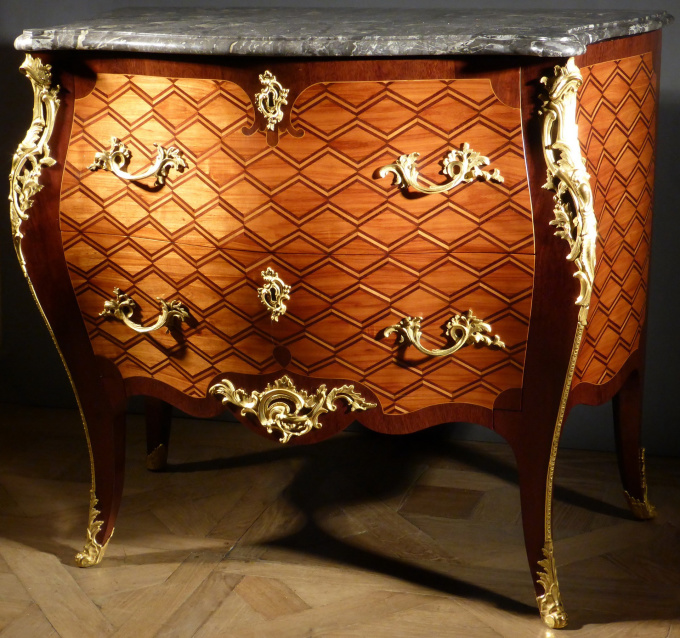 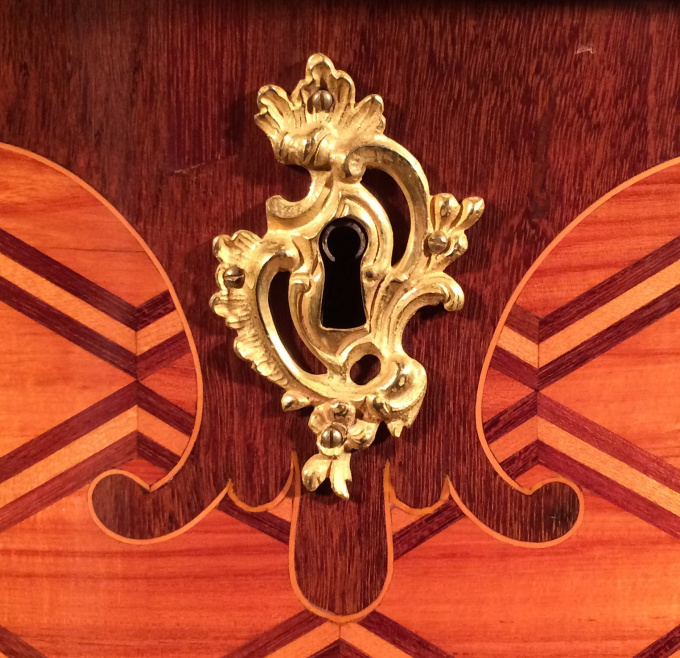 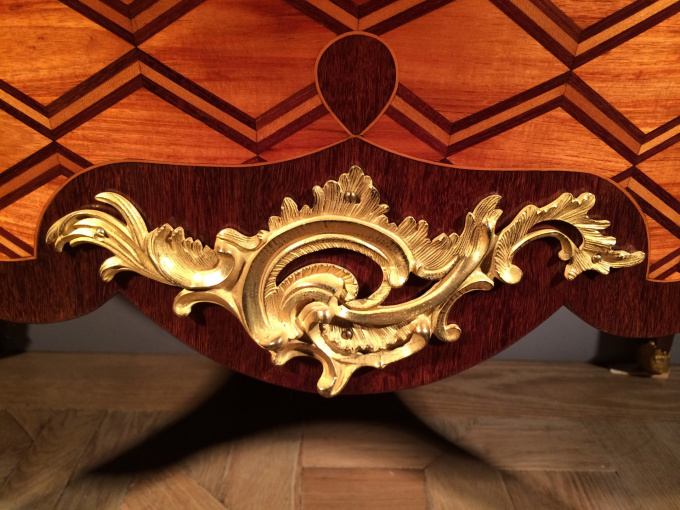 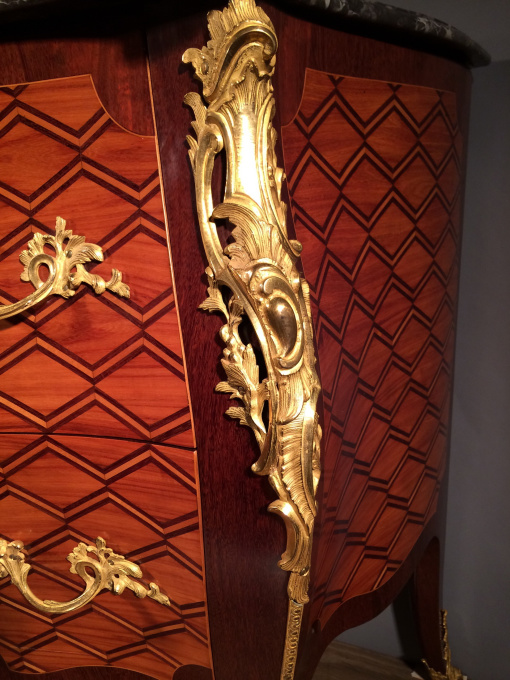 Veneered with tulip- and purple heart of amaranth

The moulded marble top above two bombé drawers and serpentine apron, with a marquetry of trelliswork, with ormolu rocaille and foliate cast chutes and sabots, on cabriole legs.

Matthijs Horrix was born in Lobberich near Krefeld, Germany and entered the cabinet makers guild of the Hague (St Josefsgilde) in 1764. In The Hague the French court style was closely followed, as a result of the Stadholder's court and the influence of foreign embassies. The French fashion had a strong influence on the work of Horrix who called his shop "In de commode van Parijs tot Den Haag". Horrix was also commissioned to re-furbish the Royal residences following the marriage of Stadholder Prince William V to Princess Wilhelmina of Prussia in 1767. Now, still three commodes attributed to Horrix remain in the Royal collection at Palace Huis ten Bosch.

Matthijs Horrix is the most famous cabinetmaker of The Hague in the 18th century. He became to The Hague around 1761 and became a member of the cabinetmakers guild of that city in 1764. He had his workshop at the Spuistraat. From 1770 onwards Horrix developed in size and versatility. He could manufacture any kind of furniture needed to decorate an entire house. This was widely appreciated, especially by the Stadholders Court and its entourage, because he worked “to the most fashionable taste of Paris”.