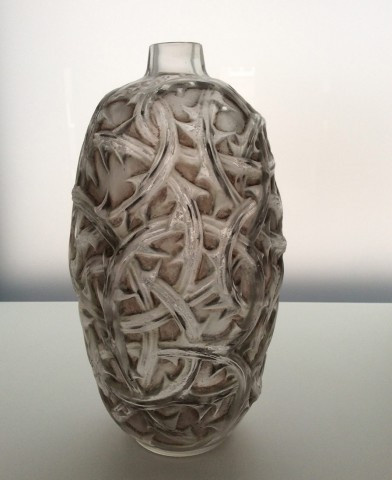 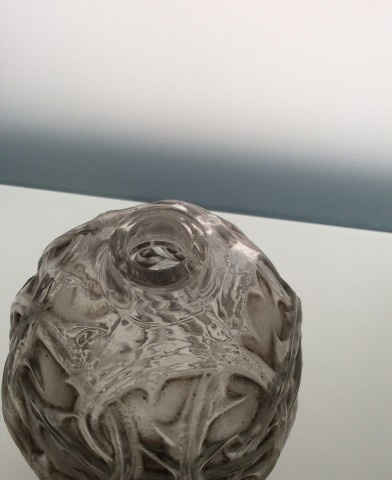 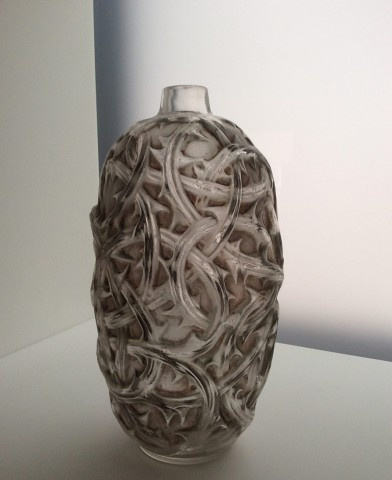 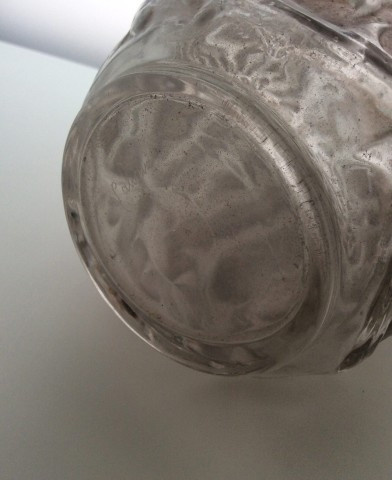 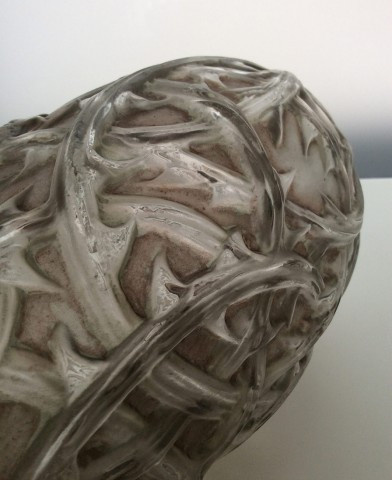 This very elegant and well designed vase was executed in many colours. But this most simple white and stained glass underlines the beauty and quality more than no others by its waterlike transpharancy.

Designed in 1921 it hallmarks Lalique’s height of fame as a master glass designer. Signed in script.