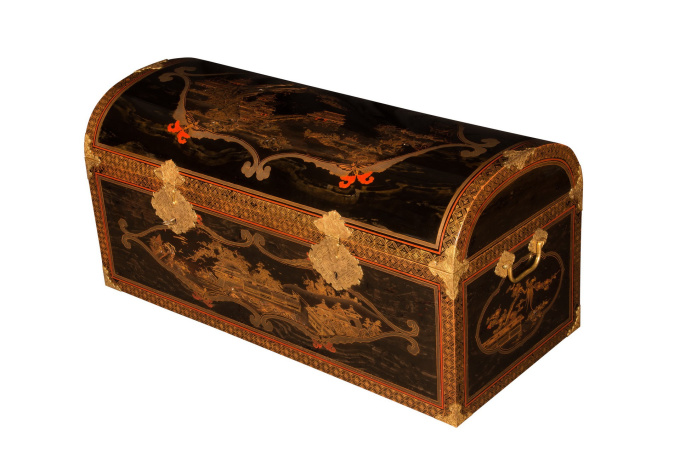 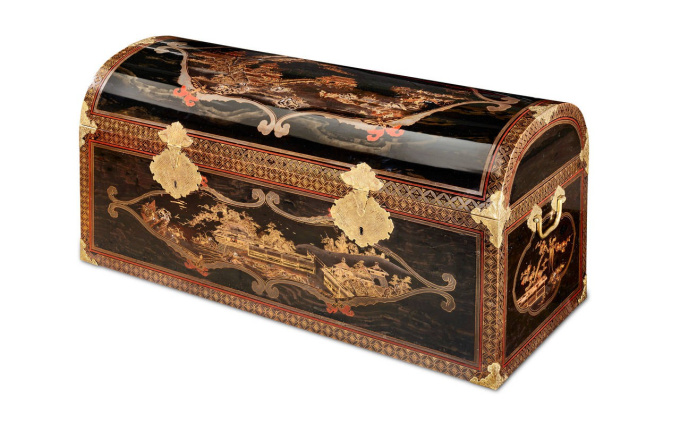 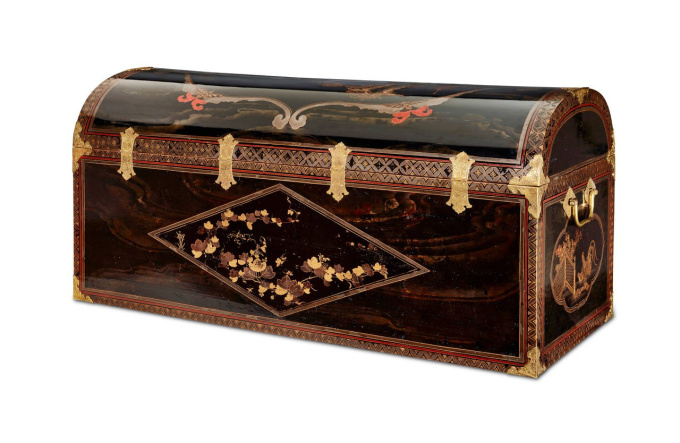 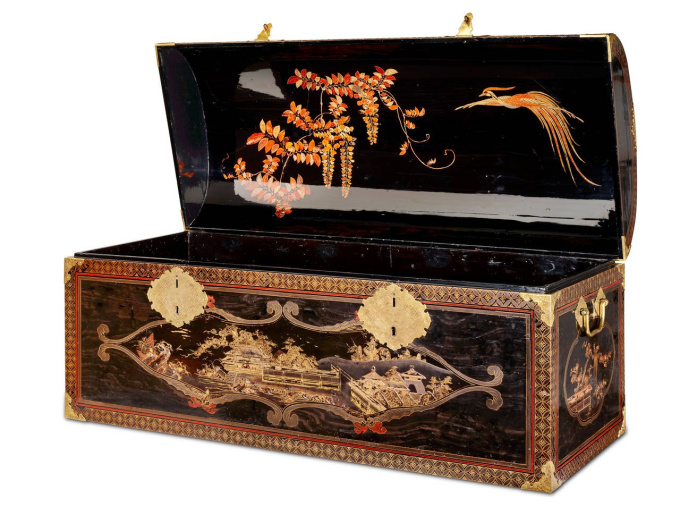 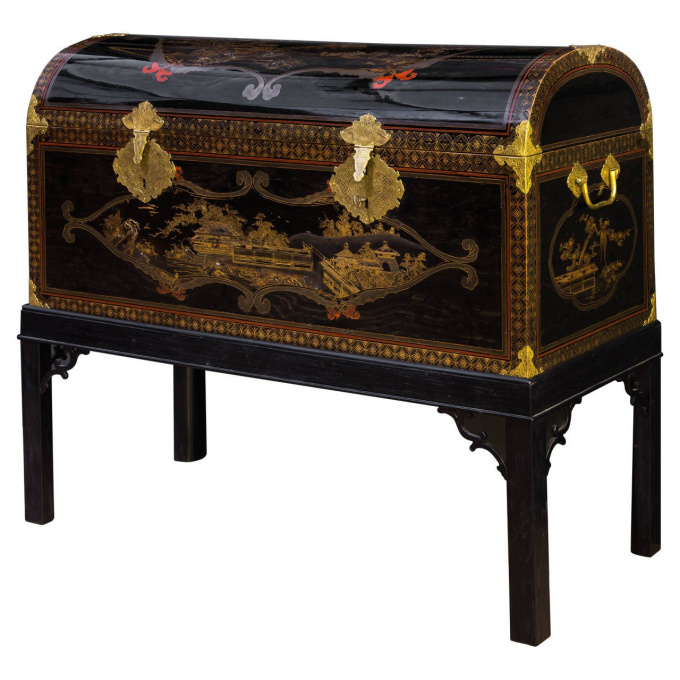 A rectangular Japanese transition style coffer with domed lid and gilt-copper fittings. The decorations are in various techniques. The cartouches are on a rare woodgrain ground called Mokumé (a pattern to suggest the presence of woodgrain). The cartouches shaped as butterflies decorated with landscapes of Japanese pavilions, pagodas and birds. The inside of the lid is decorated with Wisteria vines and a Phoenix. Bronzes re-gilded, restorations to the lacquerwork and decorations.

Japanese export lacquerware was one of the many goods the VOC shipped from Asia to Europe. The lacquerwork was made in Japan for export and delivered in all forms, such as suitcases, trunks, boxes and cabinets. These pieces of Japanese lacquerware regularly stood as a kind of artpieces in the reception rooms as conversation pieces. Collecting exotica was in general something for the master of the House. The ladies were bussy setting up and showing off their dolls houses.

Provenance:
By family repute from the Cecil family, England.