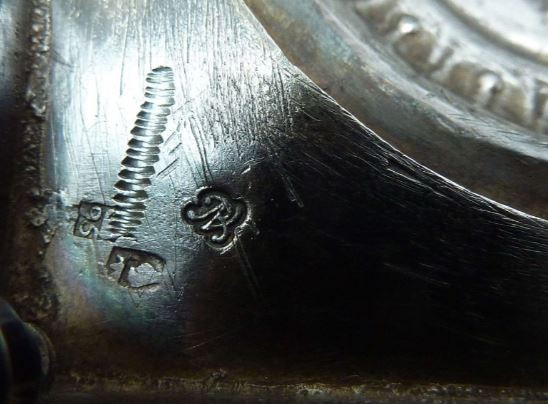 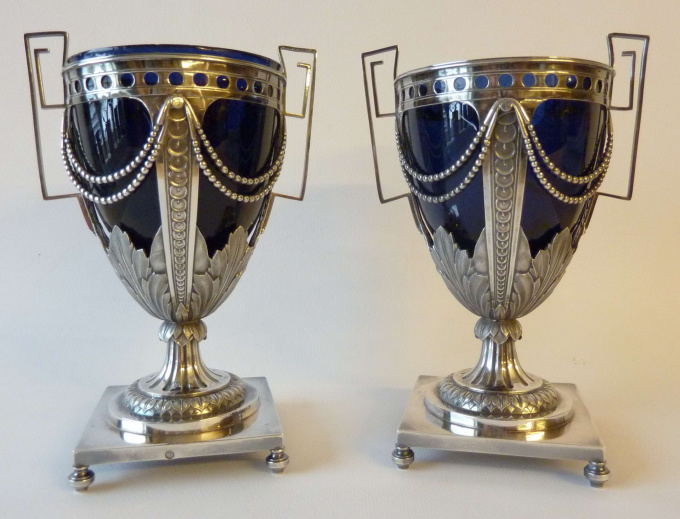 A Pair of Belgian Sugarvases 1795

A pair of Belgian sugarvases

Square base resting on four baluster-shaped feet, the raised base, decorated with acanthus leaves, openwork body with hanging beaded rims (a piece of one rim missing), two angular handles, with blue glass-liners (one has been replaced over the years)
with old lable: Oude Vlaamse Kunst, Antwerpen 1930.

The 1930 World Exhibition was divided in a Flemish show in Antwerp from April 26 untill November 4, 1930 and a Walloon exhibition in Liege from 3 May untill 3 November 1930. These exhibitions were the result of a compromise made in 1926. Belgium had taken the organization of a World Exibition upon them in 1914 but did not choose a location yet. The First World War disrupted the preparations and after the Olympic Games in Antwerp a decision still had to be made. After many debates, the government decided in 1926 to organize the Universal Exhibition in 1935 in Brussels and to award Antwerp and Liege with a double exhibition with themes to be divided by the two cities.