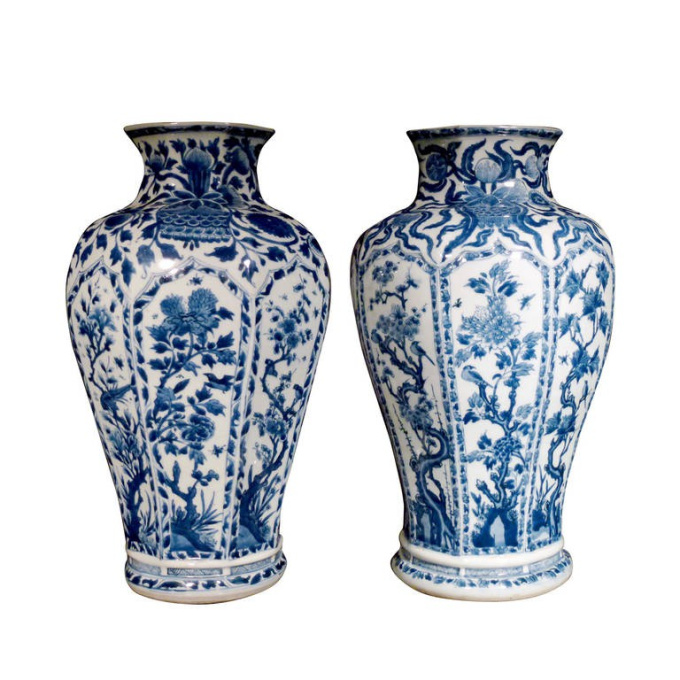 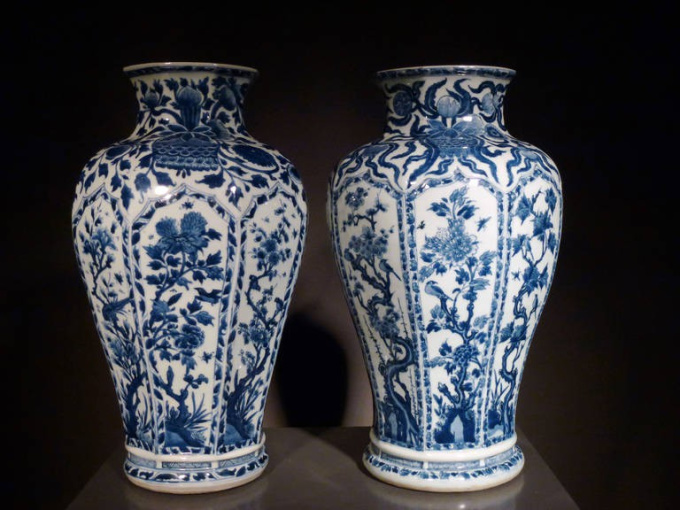 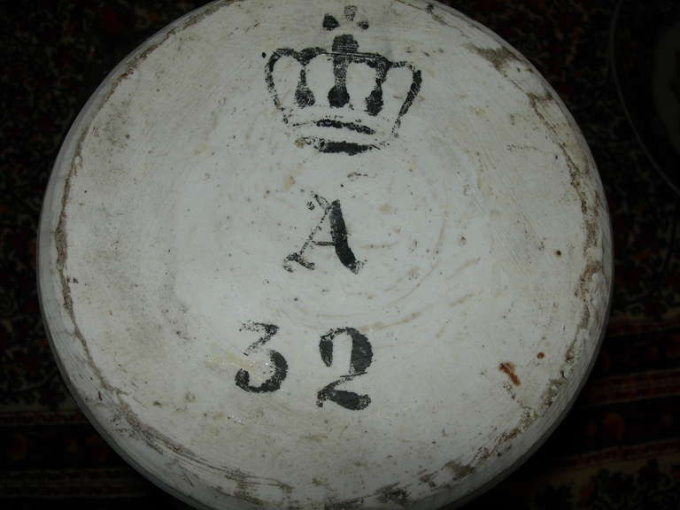 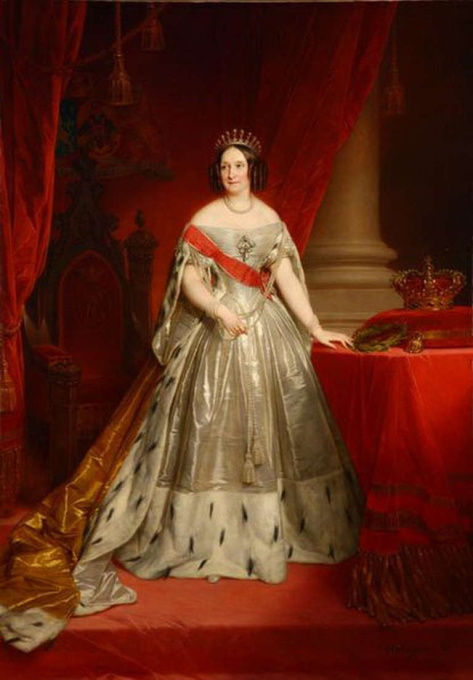 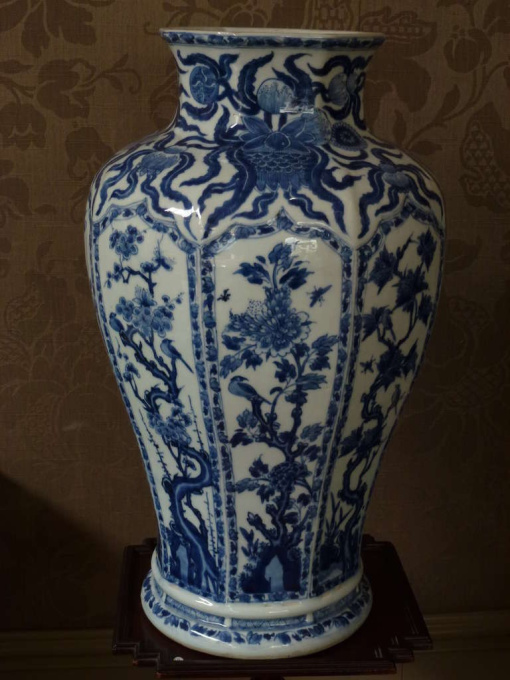 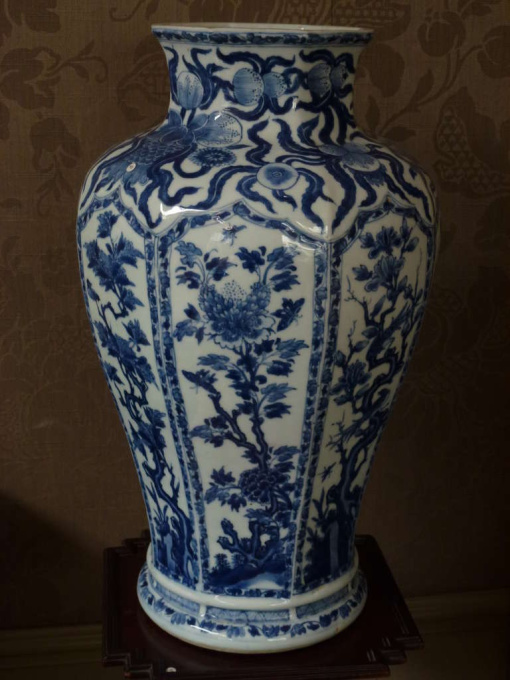 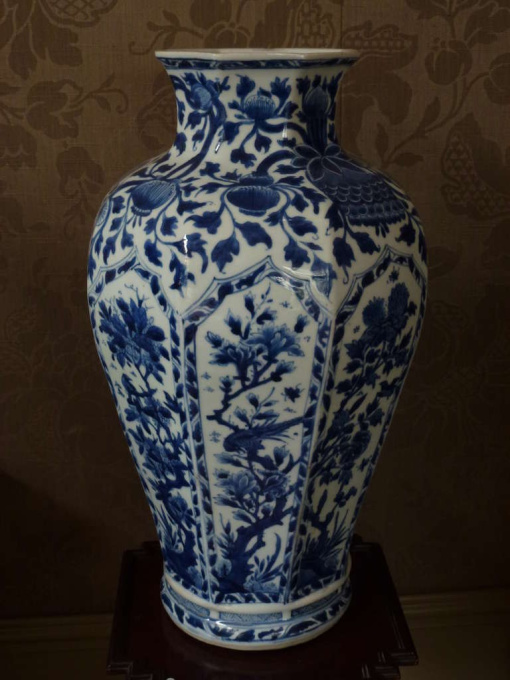 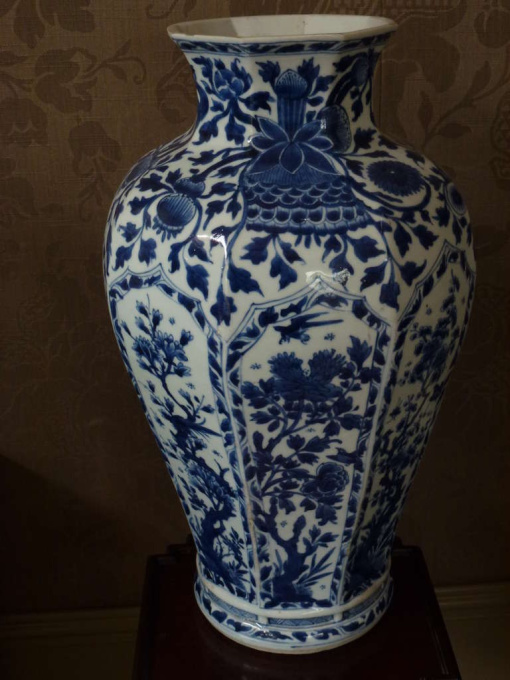 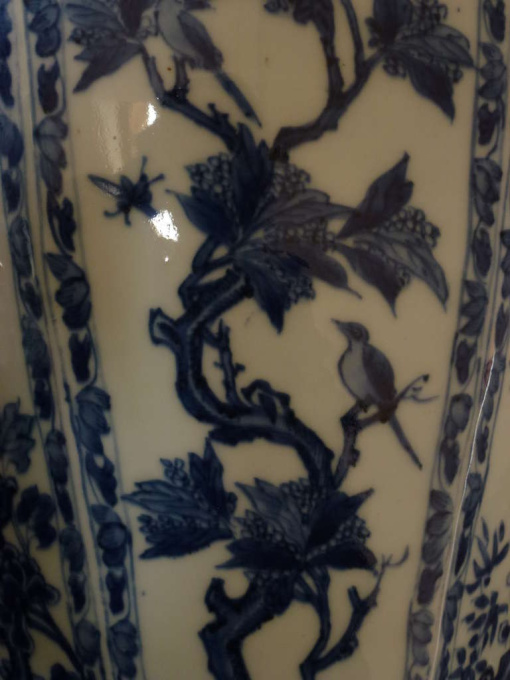 Kangxi (1662-1722)
porcelain
Marked with crowned 'A' which stands for property of Queen Anna Paulowna and number 32.
The octagonal baluster-shaped vases on footrim, spreading foot with moulded plint, decorated in underglaze blue; the body with eight panels enclosing flowering branches and birds within borders of flowers and foliage, on the shoulder and neck chrysanthemum and flower scrolls.

Provenance:
The Royal House collection - Paleis Soestdijk;
From the collection of Anna Pavlovna Romanov (Sint-Petersburg 18 januari 1795 - Den Haag, 1 maart 1865) - Grand Duchess of Russia, daughter of Tsar Paul I of Russia, and Queen of The Netherlans as wife of Willem II von Nassau, King of The Netherlands form 1840 - 1849;
Thence to descent to the former owner.

Anna was born as the eighth child and sixth daughter of Paul I of Russia and Empress Maria Feodorovna born Sophie Dorothea of Württemberg. At the age of six, her father was murdered and his son Alexander I came to the throne.
On 21 February 1816 at the Chapel of the Winter Palace in St Petersburg, she married the Prince of Orange, who would later become King William II of the Netherlands.
After the wedding festivities in Russia the couple planned to travel trough The Netherlands and Belgium but these plans had to be cancelled earlier as because Anna became pregnant very soon. Meanwhile her father in law, William I, had bought the young couple Palace Kneuterdijk, were they lived soon after. During wintertime the couple decided to move to their palace in Brussels (Palace op de Koudenberg). Anna preferred to stay there as it reminded her more of her native country. To the request of her father in law they travelled back and forth between the north and Brussels. During summertime they often stayed at Paleis Soestdijk, which was given to William and Anna as a nationaal gift.