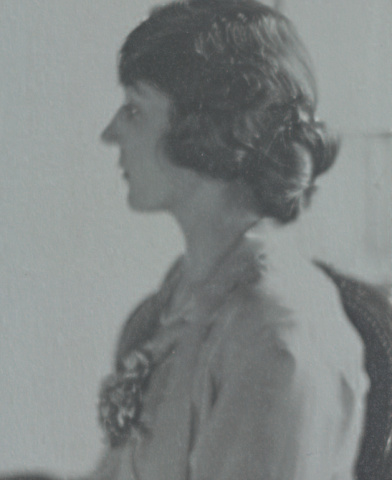 This silverprint belongs to a small group of photo’s which has been acquired from the Haviland family estate.

Paul Haviland was a well known photographer around 1910-1920 when he was working closely with Alfred Stieglitz in the so called New York Secession. Gallery 291 or ‘291’ was opened by Stieglitz en Edward Steichen in 1905 as Little Galleries of the Photo-Secession and Haviland frequented and exhibited there regulary.

In this vintage silverprint we see Suzanne Bouret, a good friend of his spouse Suzanne Lalique.
Compare the negative PHO 1993 4 13 in Musée D’Orsay

Paul Burty Haviland (17 June 1880 – 21 December 1950) was an early French-American 20th-century photographer, writer and arts critic who was closely associated with Alfred Stieglitz and the Photo-Secession.

It was in 1908, after meeting the leader of the American pictorialist movement Photo-Secession, Alfred Stieglitz (1864-1946), that Paul Haviland became a keen photographer. His early work reflects this influence: indistinct figures, with hazy outlines, looming out of the semidarkness, marked by Japanism and Whistler's aesthetic.