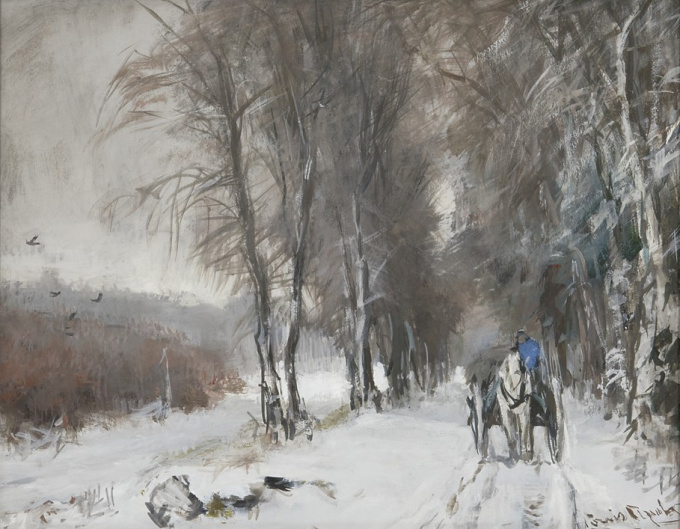 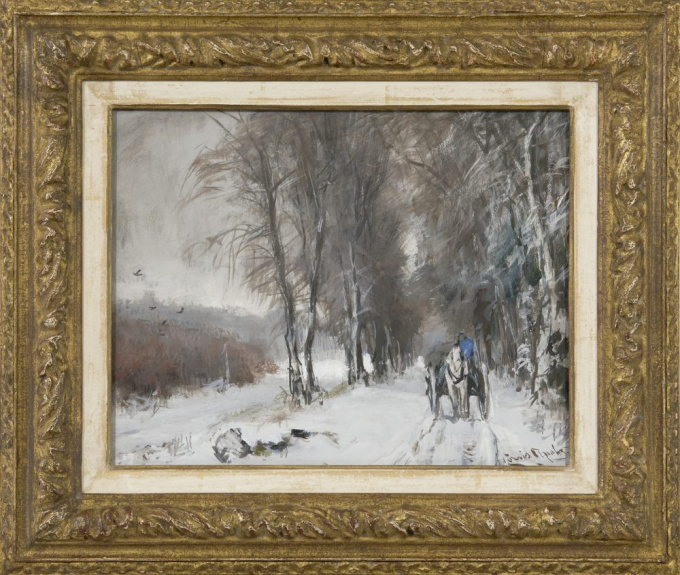 Louis Apol belongs to the most important masters of the Hague School and is best known for his winter landscapes and woodland scenes in the snow. In these paintings, people play only a minor (if any) role. All attention is on nature itself. The artist found his finest landscapes mainly in and around The Hague and the environs of Arnhem. He also painted a number of summer river and heathland scenes.

In 1880 Apol travelled with an expedition to Spitsbergen on the polar schooner Willem Barentsz. During the trip, he made many drawings and watercolours. The many impressions and sketches of this trip offered him much inspiration for his works for the rest of his life.

Louis Apol was a pupil of, among others, Johannes Franciscus Hoppenbrouwers and Pieter Stortenbeker at the Royal Academy of Art (1867-1872). In 1871, he received the Royal Subsidy for Painting and in 1874 a silver medal at an exhibition in Amsterdam.

Apol is best known for its winter landscapes. Apol's work can be found in the Rijksmuseum in Amsterdam, the Teylers Museum in Haarlem and the Gemeentemuseum in The Hague.