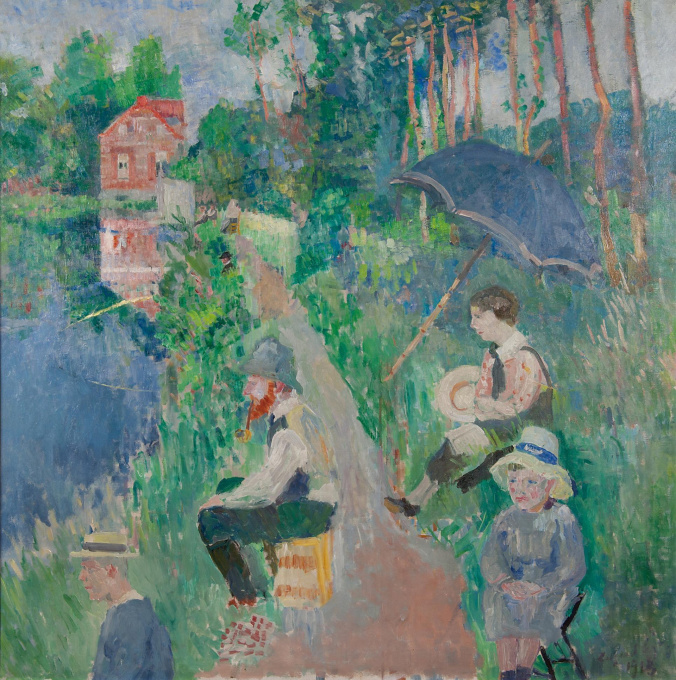 Edgart Tytgat (1879, Brussels – 1957, Sint-Lambrechts-Woluwe, Belgium) was a Belgian painter and engraver. He was apprenticed to a watchmaker from 1893 to 1895, and thereafter he worked for his father, who was an engraver and intaglio printer. From 1897 to 1900, he was trained at the at the Royal Academy of Fine Arts in Brussels. In this period he met Fernand Verhaegen and Rik Wouters. He left Belgium and stayed in London during World War I, and did not return until 1920. He settled permanently in Woluwe-Saint-Lambert in 1923. Tytgat was a painter, printmaker, draftsman, etcher, aquarellist and xylographer.
As a writer and printmaker, he illustrated many books as Little Red Riding Hood, and The Magic Flute. Tytgat was influenced by Post-Impressionism and Fauvism. After World War I he developed a more personal expressionistic style. He joined the Brabant Fauvists around Rik Wouters. Edgard Tytgat participated in numerous exhibitions, both personal and collective, in Belgium and abroad. Since 1920, he also was involved in Sélection, a magazine of Flemish Expressionists.