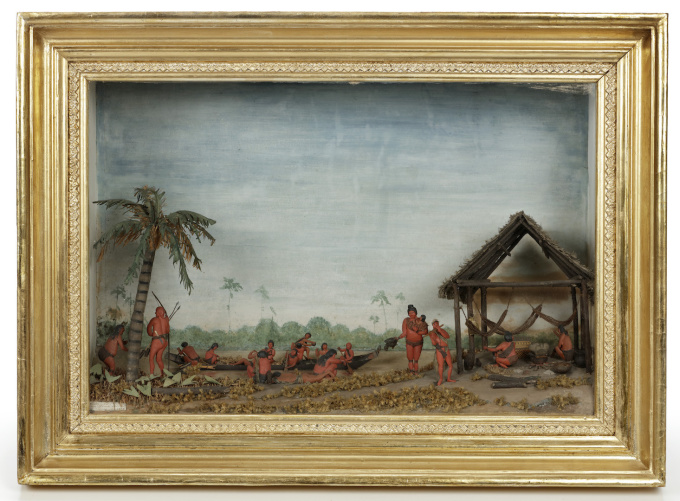 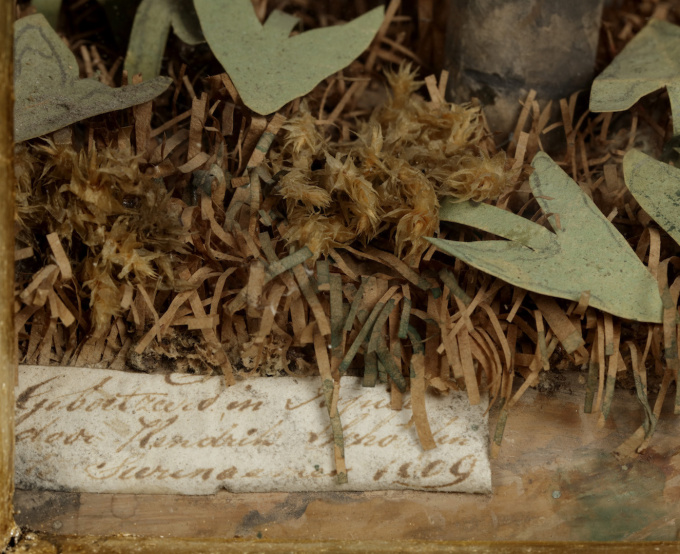 A unique diorama depicting Carib Indigenous at the river side 1810

A unique diorama depicting Carib Indigenous at the river side

This is the only known diorama by Hendrik Schouten. He became a planter and inherited the Jagtlust plantation from his grandfather Samuel Loske. His older brother Gerrit Schouten (1779-1839) became the well-known artist who made over forty diorama’s, many now in museum collections in the Netherlands and Surinam, and numerous botanical and zoological watercolours of Surinam, most of them now in the Royal Horticultural Society in London. The earliest known diorama by Gerrit Schouten is dated 1810, so one year after this diorama by Hendrik. It is tempting to assume that this first and only diorama by his younger brother was the occasion that started Gerrit to make diorama’s. Gerrit Schouten’s diorama’s of Indigenous camps differ from this one in that Hendrik also used natural materials such as moss and small twigs while Gerrit made everything of papier-mâché, Hendrik’s figures are flatter than Gerrit’s.

Gerrit’s diorama’s of Indigenous camps are always viewed from the river towards the camp and his figures are almost always facing the observer while in this diorama most figures, together with the observer, look towards the river. The present diorama is described and illustrated in the exhibition catalogue Gerrit Schouten (1779-1839), botanische tekeningen en diorama’s uit Suriname, Clazien Medendorp 1999, p. 134-135 and was included in the exhibitions in Het Tropenmuseum Amsterdam and Het Surinaams museum Paramaribo in 1999.