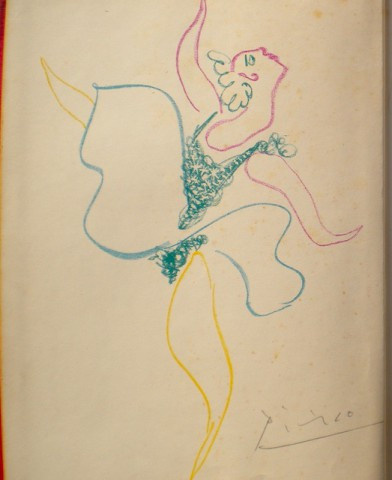 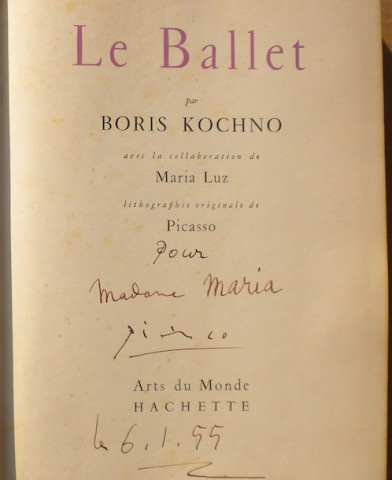 A unique Pablo Picasso signed and dedicated lithograph and signature 1955

A unique autograph and signed lithograph by Pablo Picasso dedicated to Madame Maria Luz, co-author of the famous Ballet book by Boris Kochno.
The book was published in late 1954 and this signature is dated 6-1-1955.

Comes with a strong provenance.
Acquired from a South France antiquarian who got the book from a direct descent of Maria Luz.