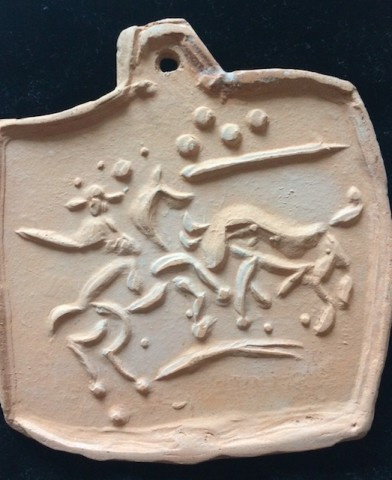 This ceramic medaillon was designed by Picasso for the Madoura pottery in 1950. only 100 were produced which makes this a rare find. The red eartherware clay is been formed in a mold and than handfinished, so every piece is a little different. This piece is stamped with the ‘Empreinte original de Picasso’ stamp.
It measures 7.5 by 8 cm.