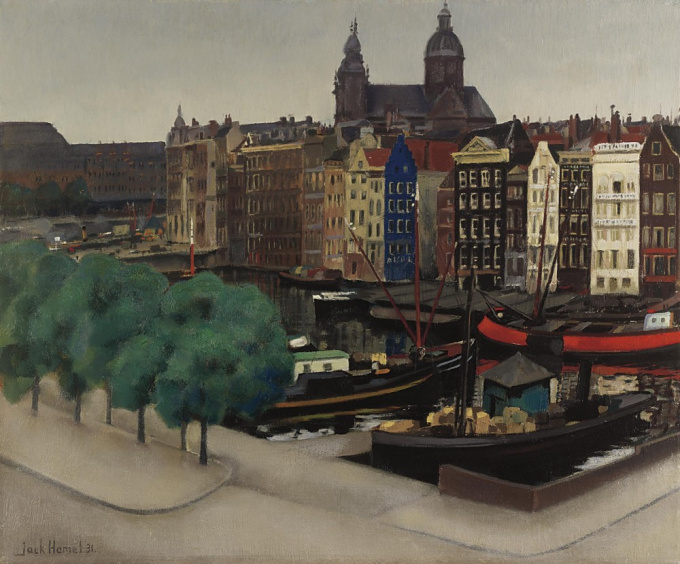 A view of the Damrak with the St.-Nicolaaskerk 1931