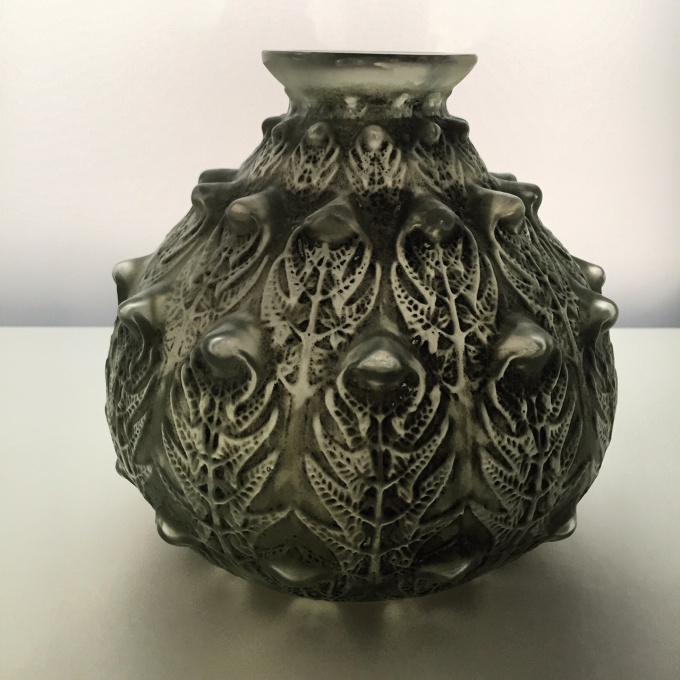 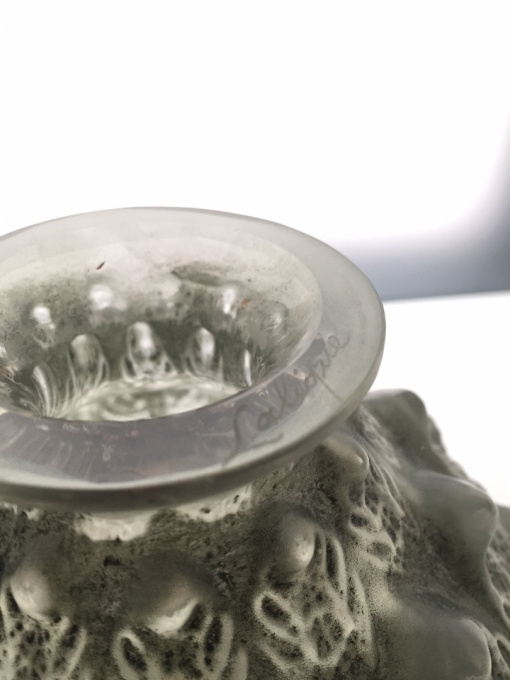 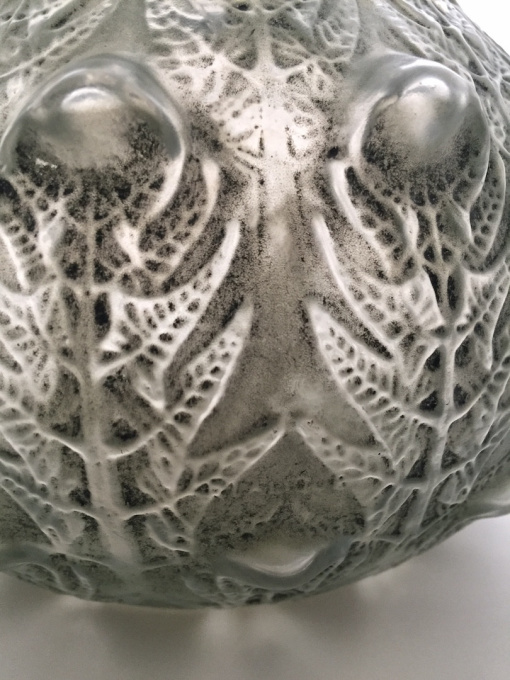 A very early and wonderful design of the French master craftsman Rene Lalique (1860-1945) A pristine example in a green stained colour. Signed on the neck, dating this piece pre 1914. Height 16 cm.