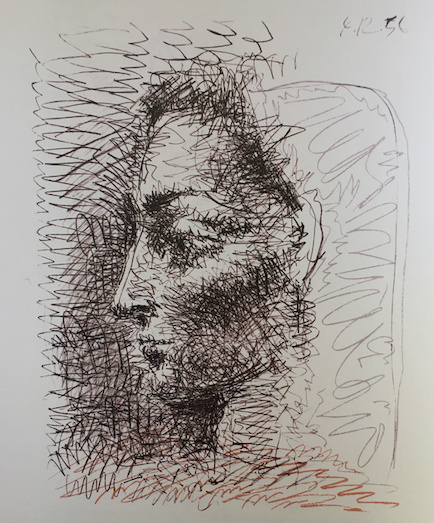 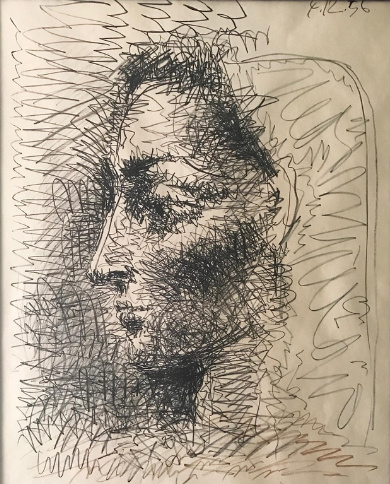 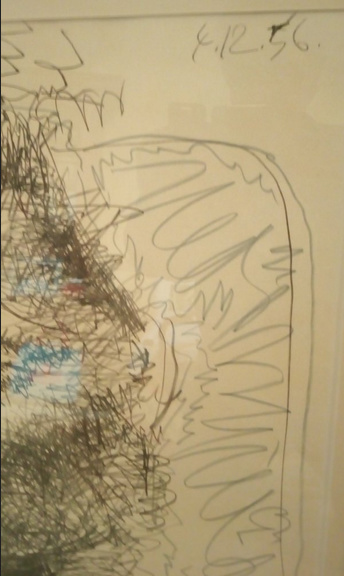 A wonderful lithograph 'portrait of Jacqueline' by Pablo Picasso 1950 - 1960

A very hard to find lithograph in three colours by Pablo Picasso (1881-1973) of his wife Jacqueline Roque. This rare lithograph was excuted before the lettering and is stamp-signed, signed in the plate by Picasso and on the back by the lithographer J. Berto in Marseilles. This example is a printers proof aside from the signed edition of 100. Provenance: the Berto family. See Mourlot II, page 152, number 289