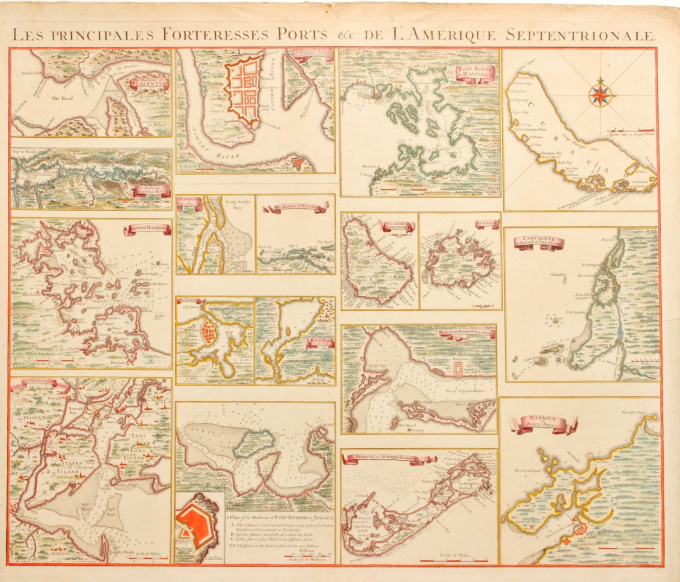 This rare chart shows 18 separate maps of harbours and islands throughout North and South America. The sheet was created to accompany Covens & Mortier’s reduction of Henry Popple’s influential map of the British possessions in North America (1733). Popple’s chart was originally published in 20 sheets and the Amsterdam firm of Covens and Mortier reduced it to four, more manageable sheets. The maps included on this chart were derived from the insets on Popple’s map, and feature towns, forts, topography, soundings, shoals, and anchorages.

Mortier, Covens en Zoon was a printing business that specialized in maps and printing Atlases. The business was established in Amsterdam, The Netherlands.