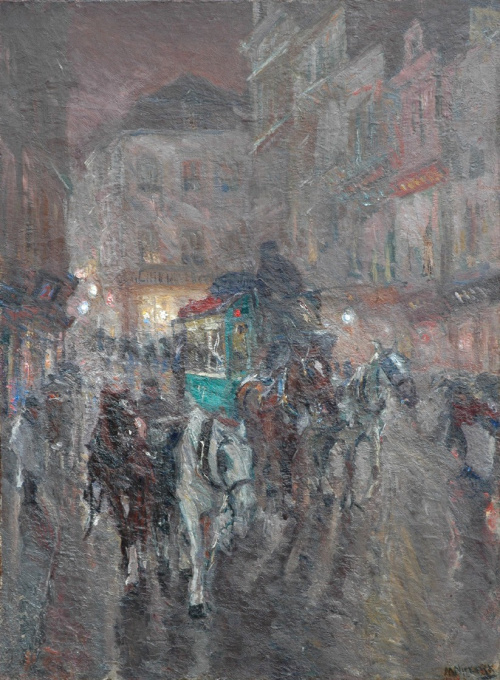 An omnibus driving through the city night 1919