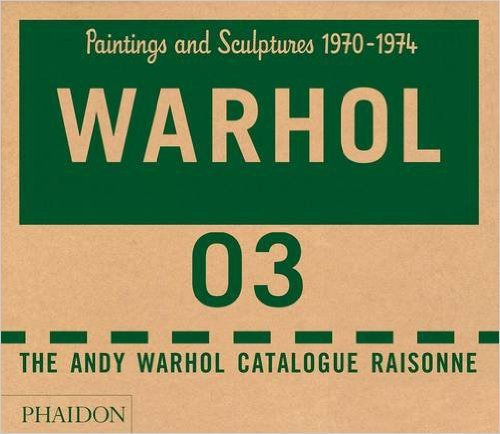 The sculpture and paintings of 1970-4 are the subject of this third volume of the catalogue dedicated to publishing the complete paintings, sculptures and drawings of Andy Warhol (1928-87). As authoritative and detailed as the highly praised first two volumes, here Warhol's sculptures and paintings of these four years are comprehensively catalogued and illustrated. Early in this period Warhol was concentrating on film and sculpture, as he had been since being shot in 1968, but by late 1971 or early 1972 he was returning to painting and developing his painterly, 'sloppy and fast' style. The volume covers major sculptures, such as the Rain Machine, the series of paintings Mao and Man Ray, and commissioned portraits of important, celebrated and fashionable people of the day - many from Warhol's travels through Europe during this time. It is a time of great transition for Warhol, including developing his relationships with various media and the impact of his first purchase of a Big Shot Polaroid camera. His diaries and the photographs he took on travels and of his subjects enliven the narrative and give intriguing insights into his works of these years and his unique engagement with the culture and society of that time.