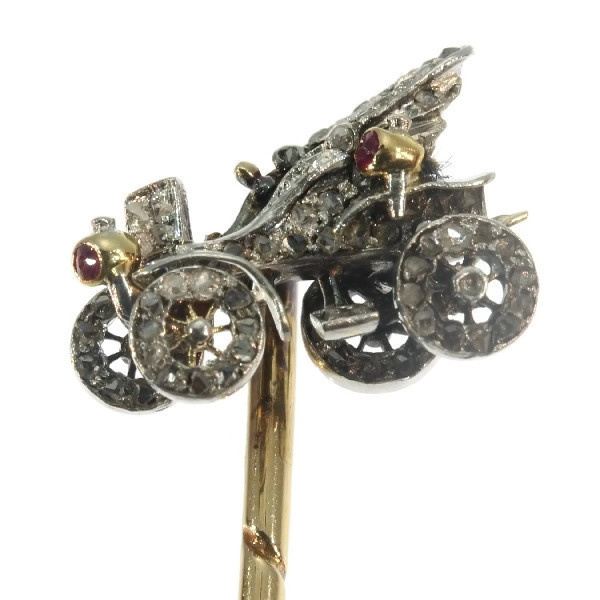 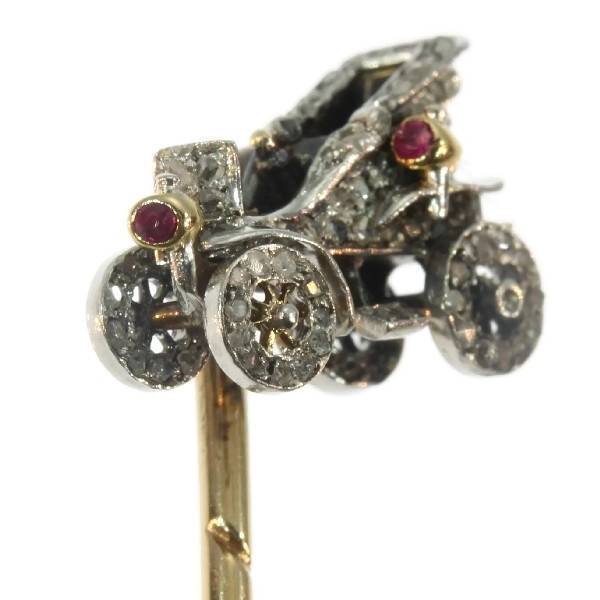 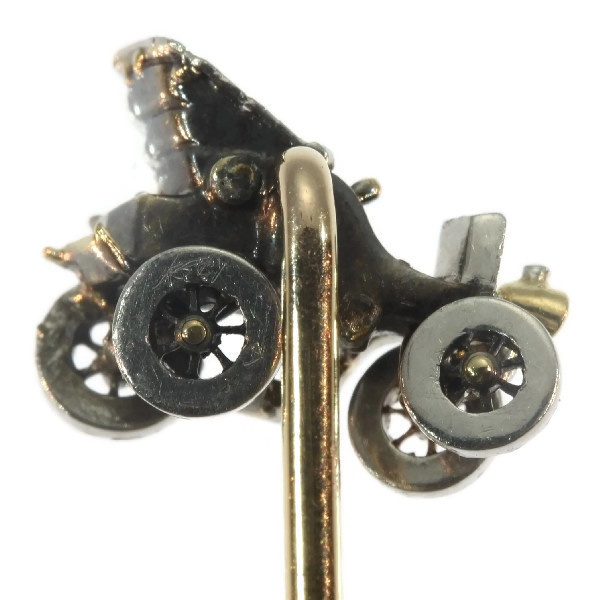 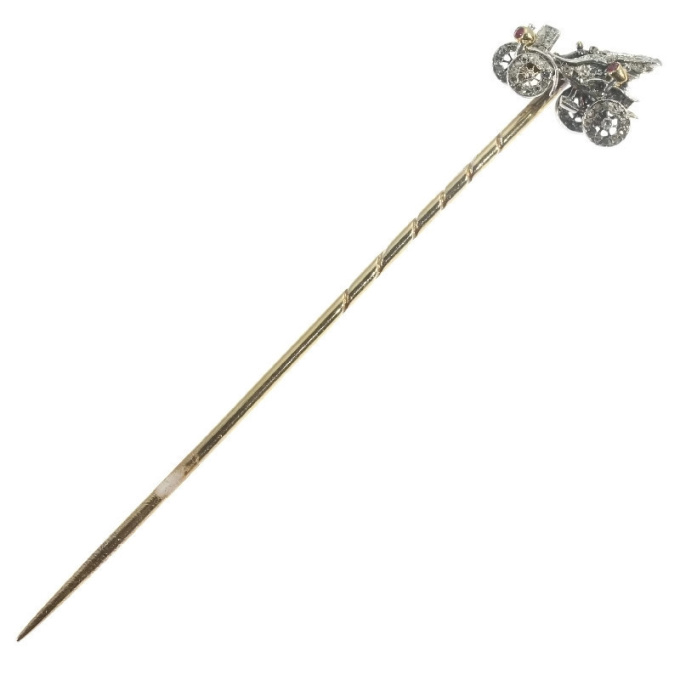 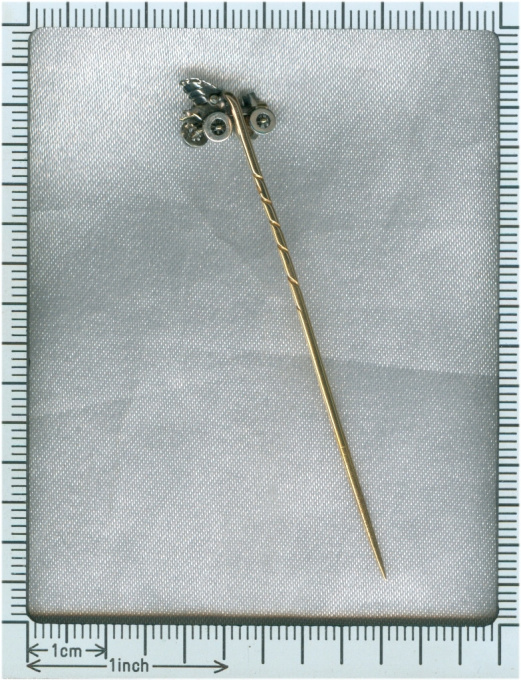 Antique bejeweled tiepin showing one of the first cars 1900

Theme: This model has a lot of resemblance with the "Velo" model (1894) by German inventor Carl Benz

Hallmarks: We are not 100% sure of the origin of this jewel, but we do know it is native of one of the French colonies because it carries a control mark representing an