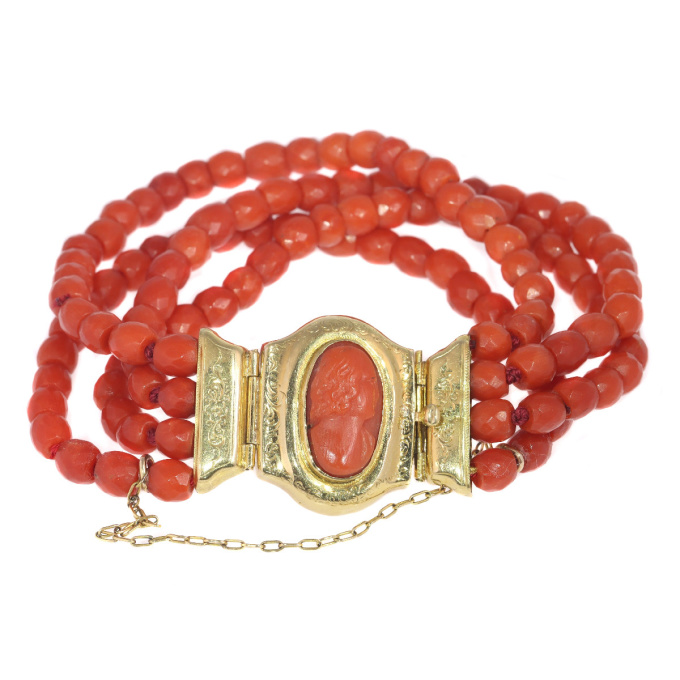 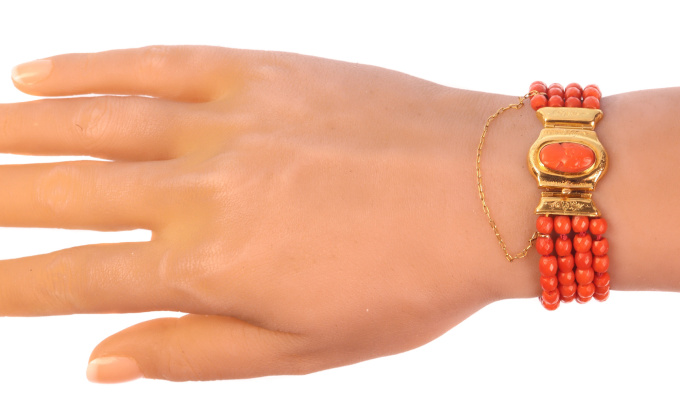 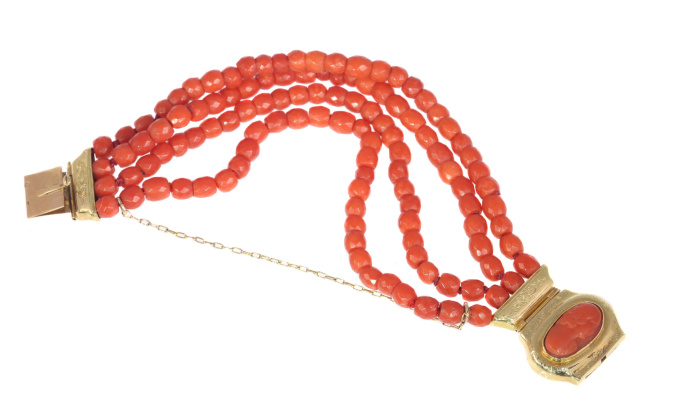 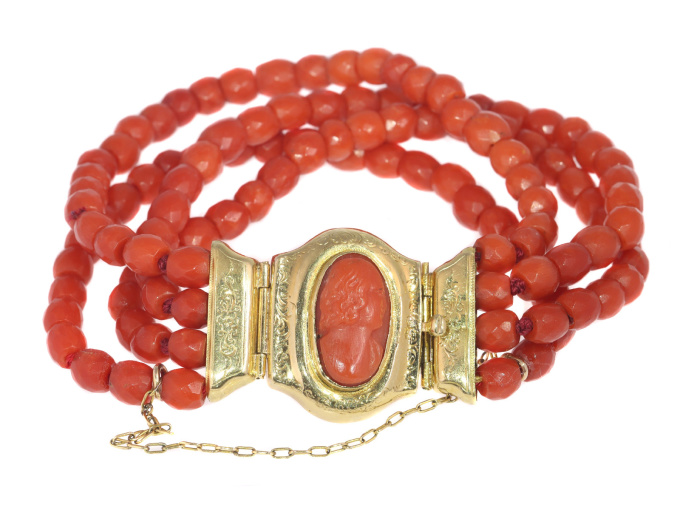 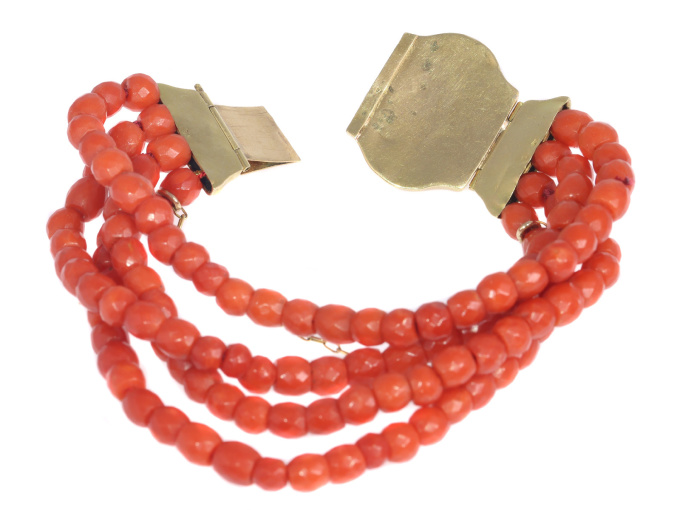 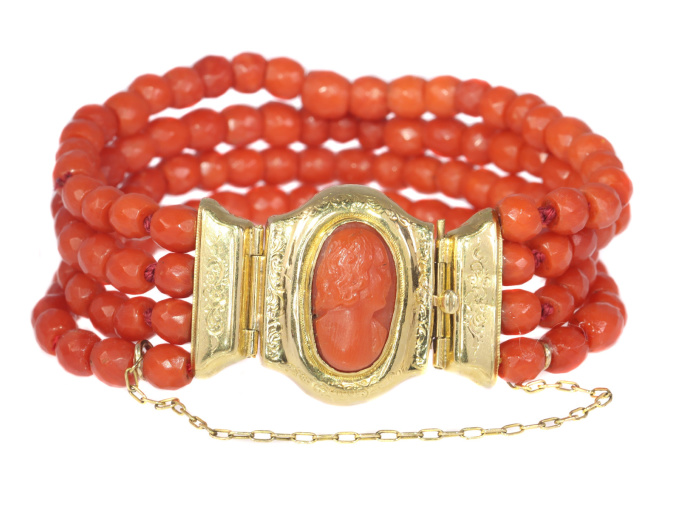 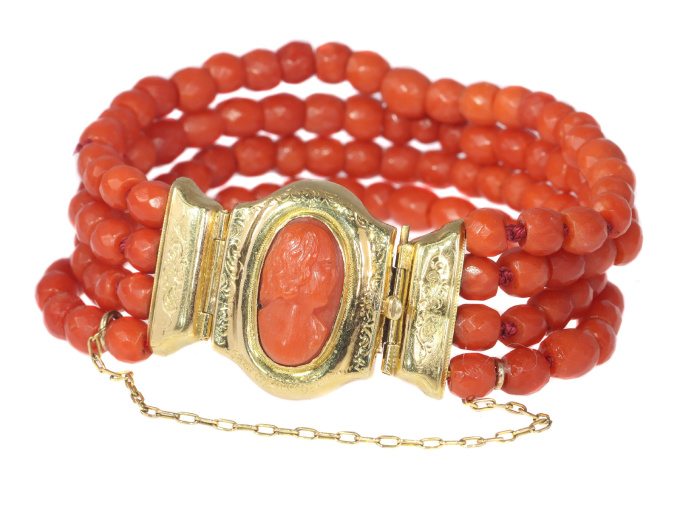 Country of origin: This can be of French of Belgian origin because the hallmark used, a horse head, was used in both countries.

Style: Victorian - Victorian decorative arts refers to the style of decorative arts during the Victorian era. The Victorian era is known for its eclectic revival and interpretation of historic styles and the introduction of cross-cultural influences from the middle east and Asia in furniture, fittings, and Interior decoration. Victorian design is widely viewed as having indulged in a regrettable excess of ornament. The Arts and Crafts movement, the aesthetic movement, Anglo-Japanese style, and Art Nouveau style have their beginnings in the late Victorian era.
-  See also: Victorianor more info on styles

We consider this to be of the Romantic Victorian Period. This period covers the coronation of Victoria as Queen of Great Britain and Ireland, and her marriage to King Albert and their love, their devotion to their marriage and to their country are the sources of inspiration for this period. The jewels of this period are made of intricate carvings, special techniques where the enamel is subtly worked. These techniques allowed to give the jewel a certain opulence with less precious metal needed. As precious metals were really rare at that time. Highly favored (semi-) precious stones in this period are amethyst, coral, garnets, seed pearls and turquoises. The connotation is obviously sentimental, symbolic and romantic with reminiscent Gotic and/or Renaissance patterns and an abundant use of motifs like anchors, birds, branches, crosses, hearts and snakes.

Technique: Cameo is a method of carving, or an item of jewellery or vessel made in this manner. It features a raised (positive) relief image. There are three main materials for Cameo carving; Shells or Agate (called a Hardstone cameo), and glass. Cameos can be produced by setting a carved relief, such as a portrait, onto a background of a contrasting colour. This is called an assembled cameo. Alternately, a cameo can be carved directly out of a material with integral layers or banding, such as (banded) agate or layered glass, where different layers have different colours. Sometimes dyes are used to enhance these colours. Cameos are often worn as jewellery. Stone cameos of great artistry were made in Greece dating back as far as the 6th century BC. They were very popular in Ancient Rome, and one of the most famous stone cameos from this period is the Gemma Claudia made for the Emperor Claudius. The technique has since enjoyed periodic revivals, notably in the early Renaissance, and again in the 17th, 18th and 19th centuries.

Hallmarks: The control mark here represents a horse’s head and was in use in Belgium from 1831 and in France from about 1838.
-  (more info on hallmarks)