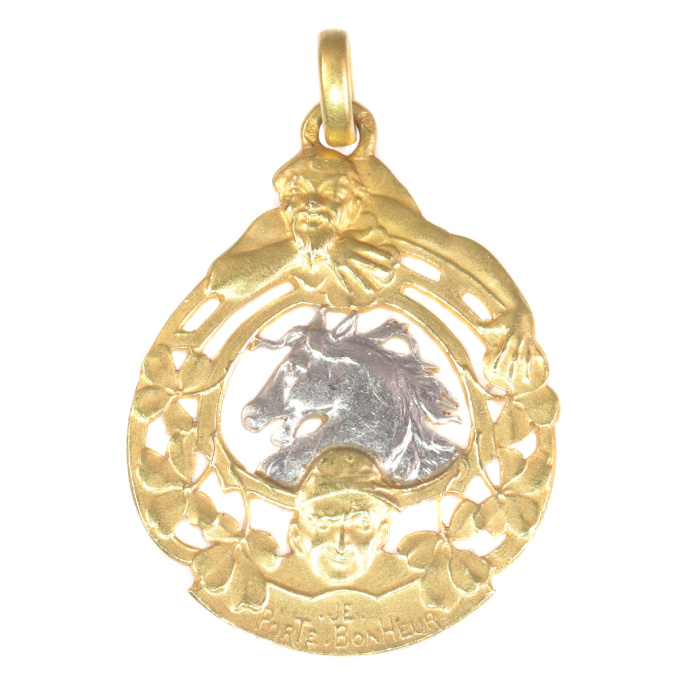 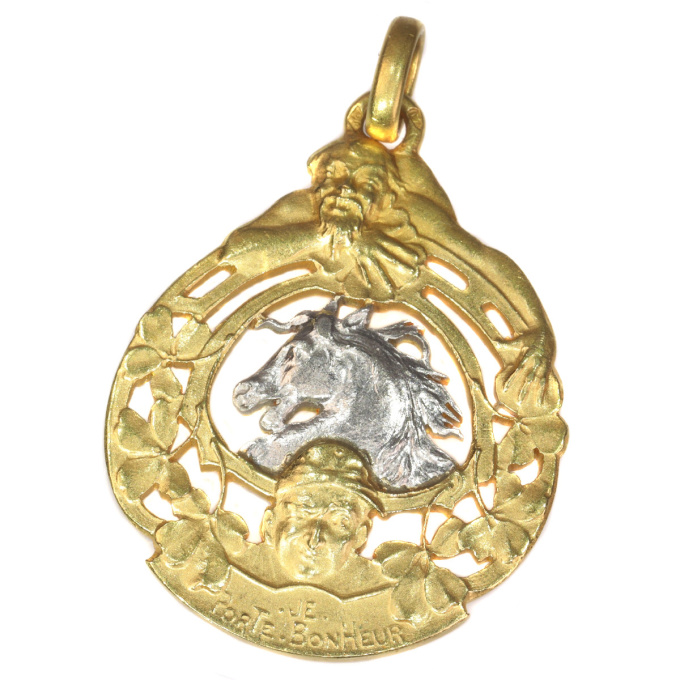 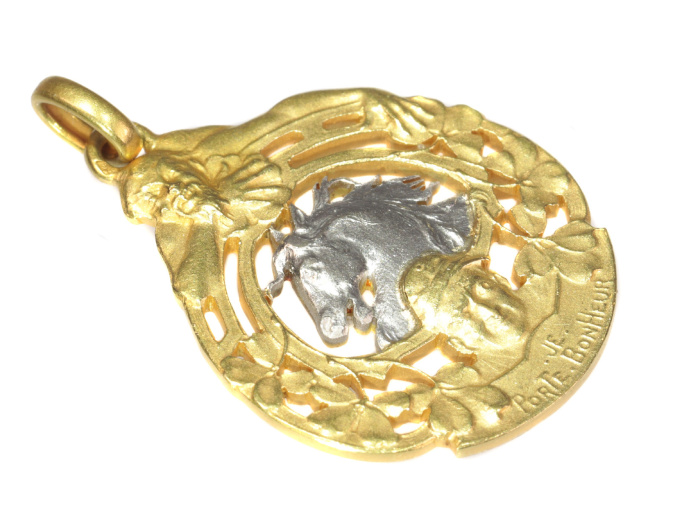 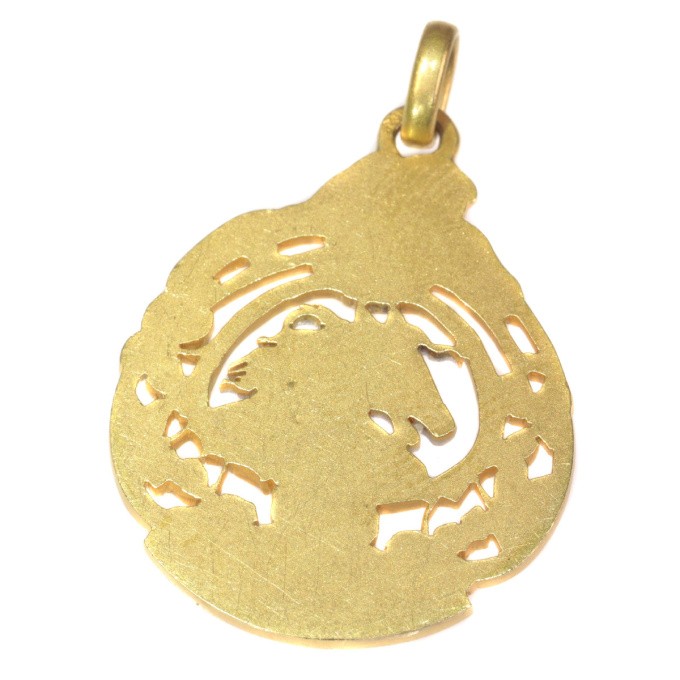 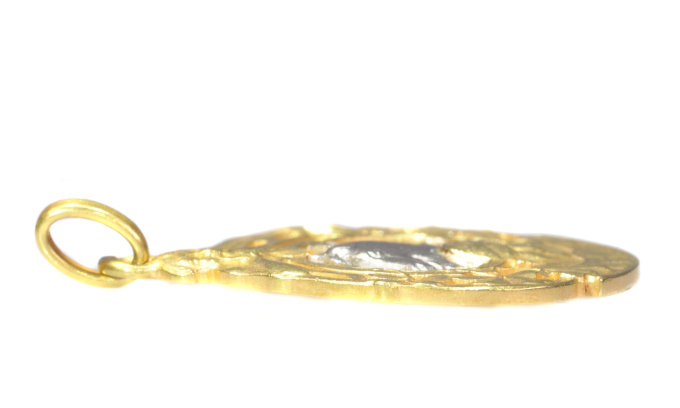 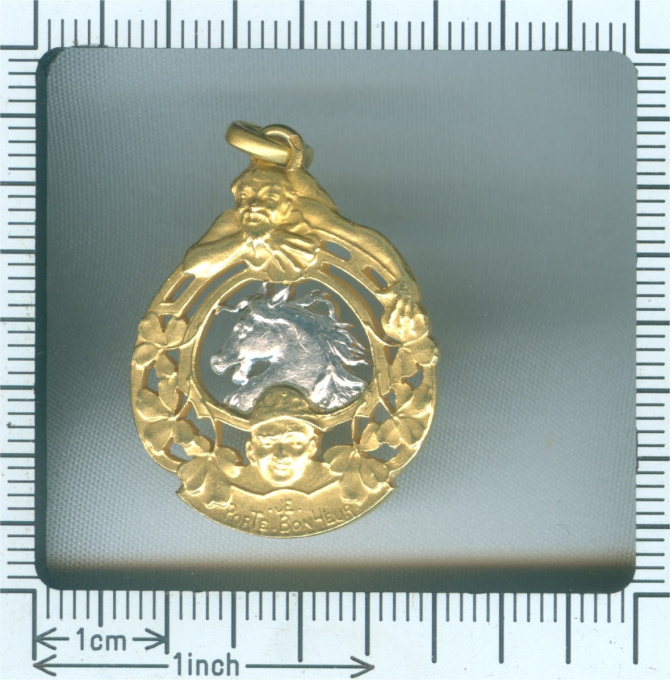 Theme: The central horse head (most likely made in platinum) is surrounded by four leaf clovers, two men (who could be "lucky devils"?) and a text saying: "Je porte bonheur" which is French for "I bring good luck".

Extra information: Four leaf clover - The clover became famous around 1,600 years ago, because, it was said that Saint Patrick in 452 AD stepped from the cathedral in Ireland on Easter morning, stooped down and picked a shamrock. He showed it to the crowd of parishioners, and then said, "This Plant represents the Father, the Son and the Holy Spirit!" Since that time, the three leaf shamrock has become world famous! Around this time when clovers were made popular, the rare four-leaf clover also became popular and wasconsidered to be lucky.

Hallmarks: The French control mark for 18K gold representing a horse's head that was in use in France from about 1838.
-  (more info on hallmarks)