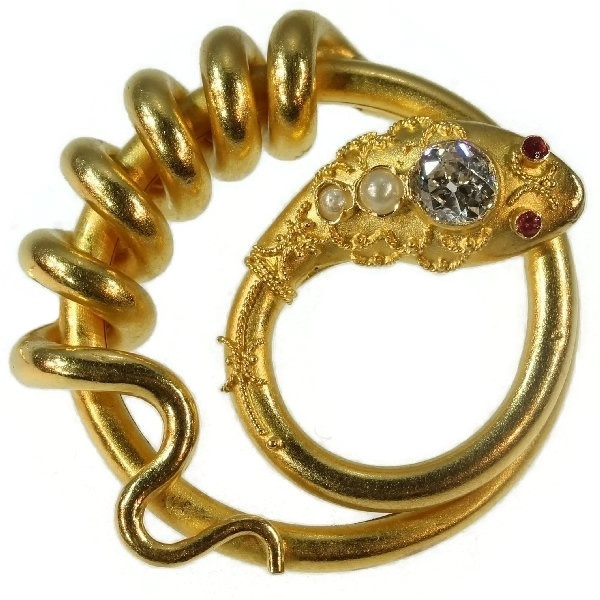 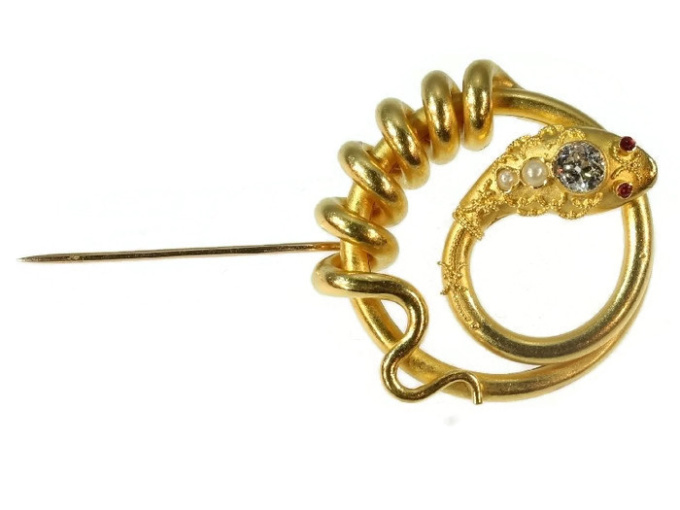 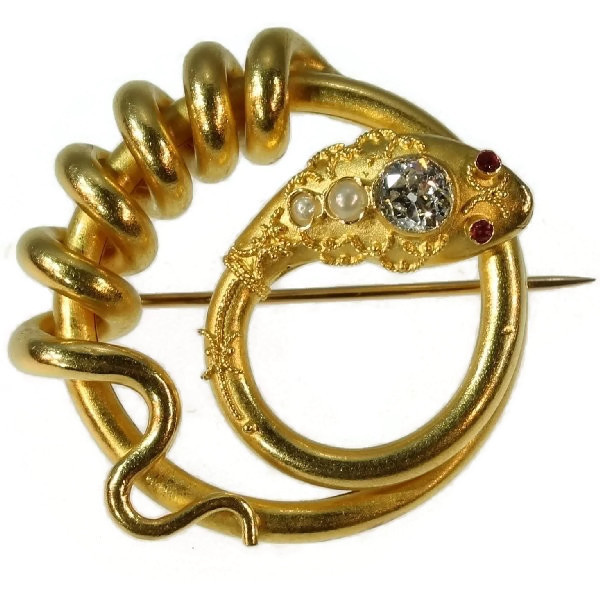 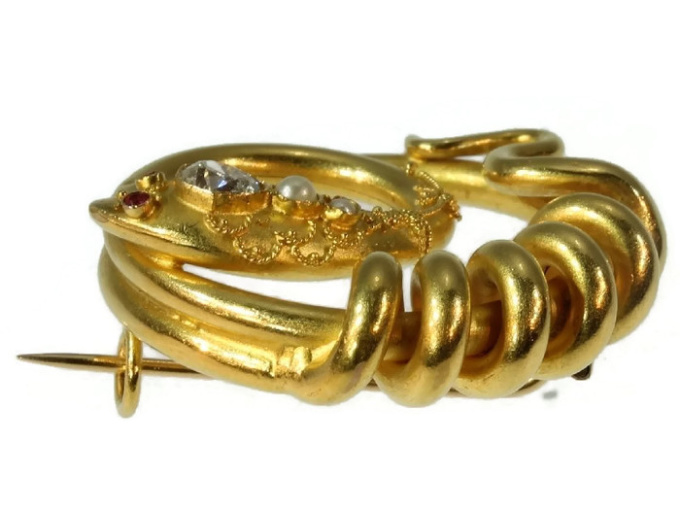 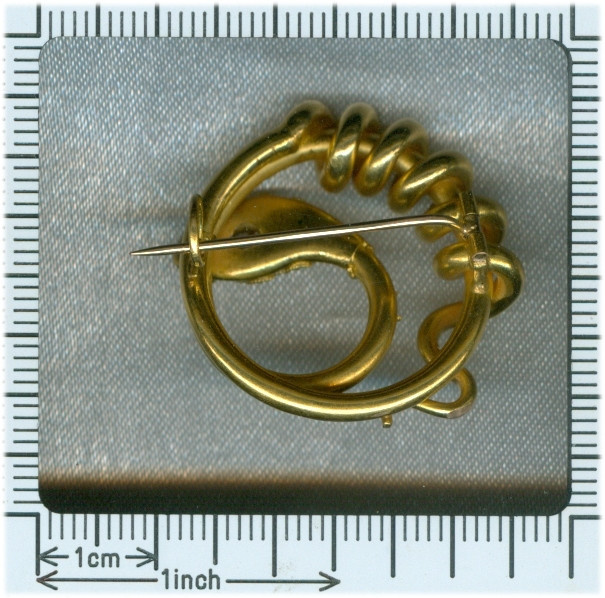 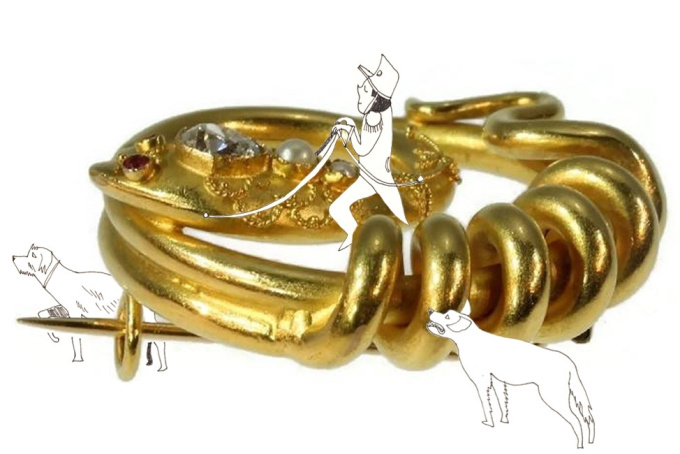 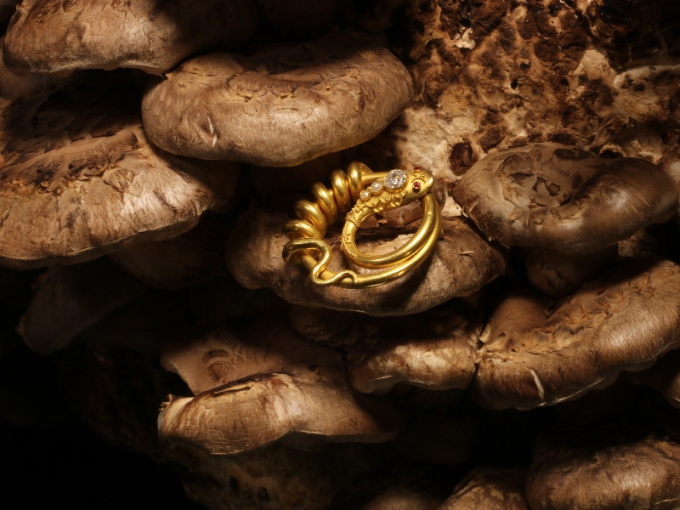 Diamonds: One old European cut diamond with an estimated weight of approx. 0.35 crt.
Note: All diamond weights, color grades and clarity are approximate since the stones were not removed from their mounts to preserve the integrity of the setting.

Precious stones: Two red stones for the eyes that could be either rubies or red paste (also called strass)And two half seed pearls
-  (more info on precious stones)

Birthstones: Diamond is the birthstone (or month stone) for April, ruby for July and pearl for June.
-  (more info on birthstones)