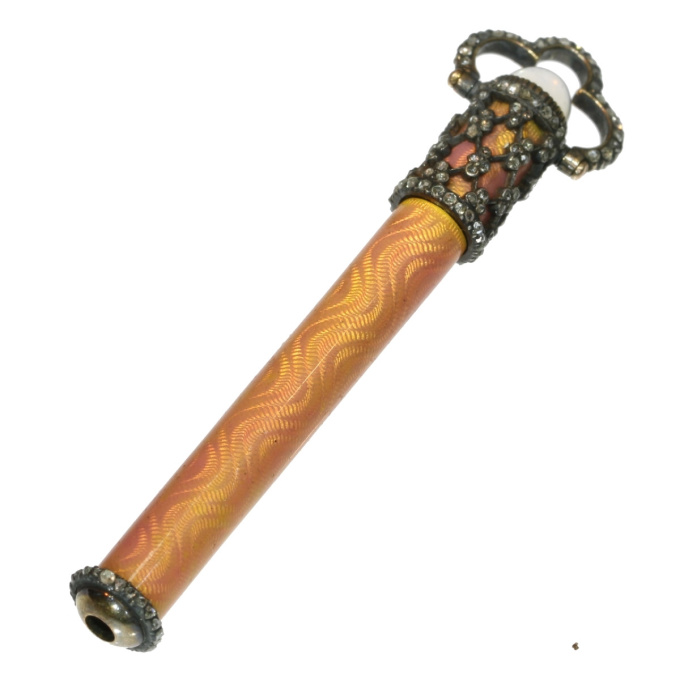 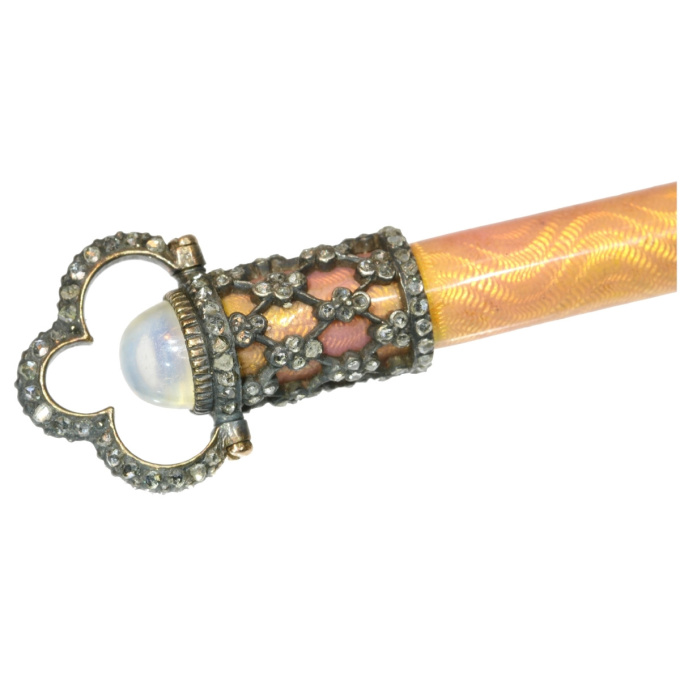 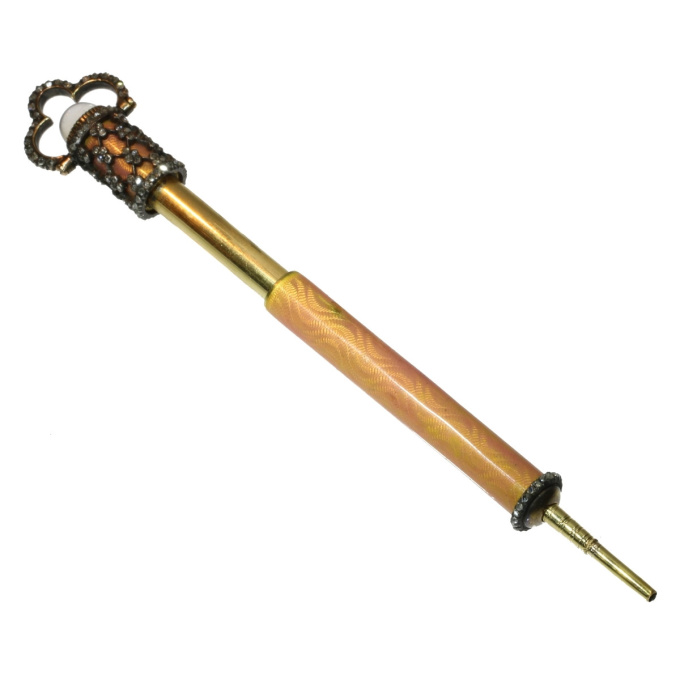 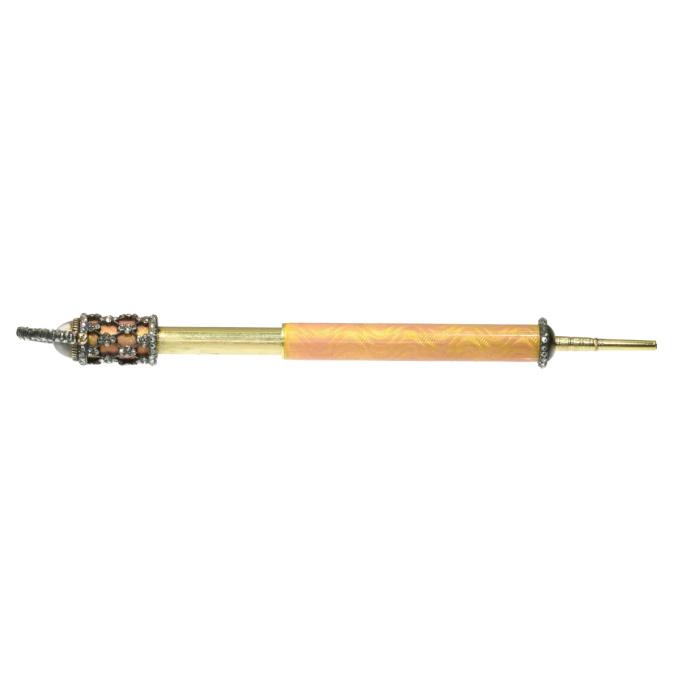 Even more than functional, this 18K yellow gold pencil is a stunning example of Victorian haute joaillerie as it's also wearable as a pendant.
At the extendable part of the pencil, no less than 166 rose cut diamonds are scattered over a silver pattern of lozenges cornered by quatrefoils. From there, a diamond trefoil gleams as an aura above a high-domed cabochon cut moonstone. Furthermore, an intricaterepetition of sunset-coloured enamelled engravings -called guilloché- lead up to a row of another 22 diamonds, which announces the appearing pencil shaft.
As well as being an historical artefact itself, we can only imagine what history this antique pencil from 1880 has written or drawn down throughout its lifetime.

Condition: good condition (slight wear on enamel which is hard to see)
-  (more info on our condition scale)

Technique: Guilloché and enameling
Enameled Guilloché - Guilloché (or guilloche) is a decorative technique in which a very precise, intricate and repetitive pattern is mechanically engraved into an underlying material via engine turning, which uses a machine of the samename, also called a rose engine lathe. This mechanical technique improved on more time-consuming designs achieved by hand and allowed for greater delicacy, precision, and closeness of line, as well as greater speed. Once this technique was proceded onthe surface, translucent enamel was applied over it. (from: Wikipedia)

Enamelling - Enamelling is an old and widely-adopted technology. The ancient Egyptians applied enamels to pottery and stone objects. The ancient Greeks, Celts, Russians, and Chinese also used enameling processes on metal objects. Enamel is the colorfulresult of fusing powdered glass to a substrate by firing, usually between 750 and 850 degrees Celsius. The powder melts and flows and hardens to a smooth, durable vitreous coating on metal, glass or ceramic. According to some sources, the word enamelcomes from the High German word smelzan (to smelt) via the Old French esmail. Used as a noun, "an enamel" is a usually small decorative object, coated with enamel coating, such as a champlevé or a cloisonné (different techniques).

Diamond(s): 188 rose cut diamonds. We do not have the weight of the diamonds which is normal in our trade when it comes to rose cuts.

Birthstones: Diamond is the birthstone (or month stone) for April and moonstone for July.
-  (more info on birthstones)