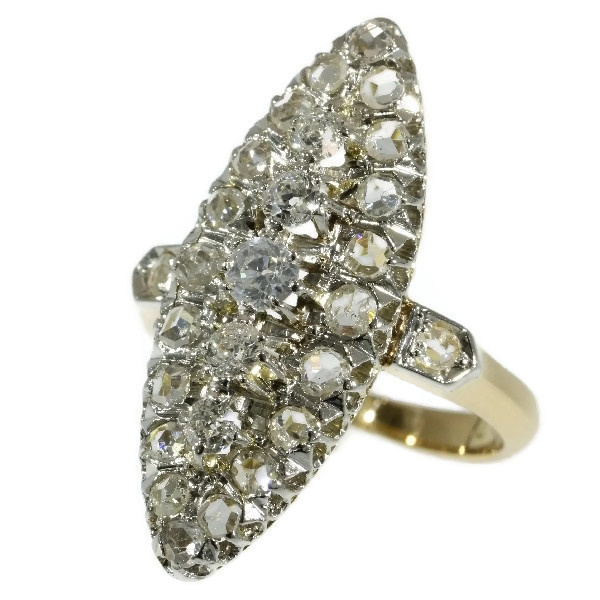 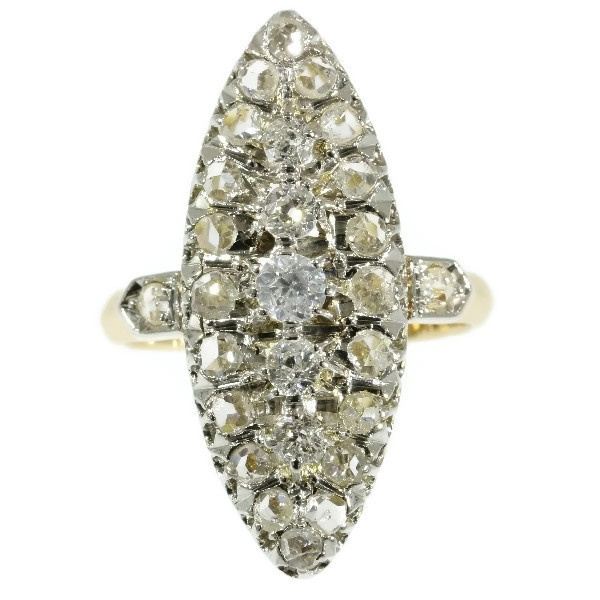 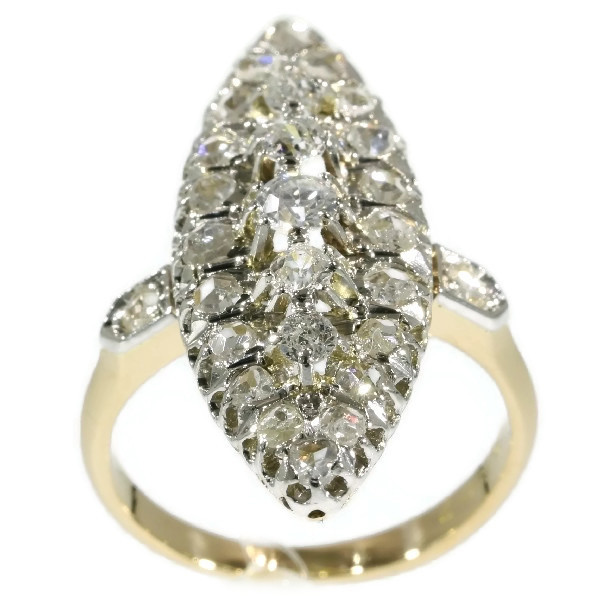 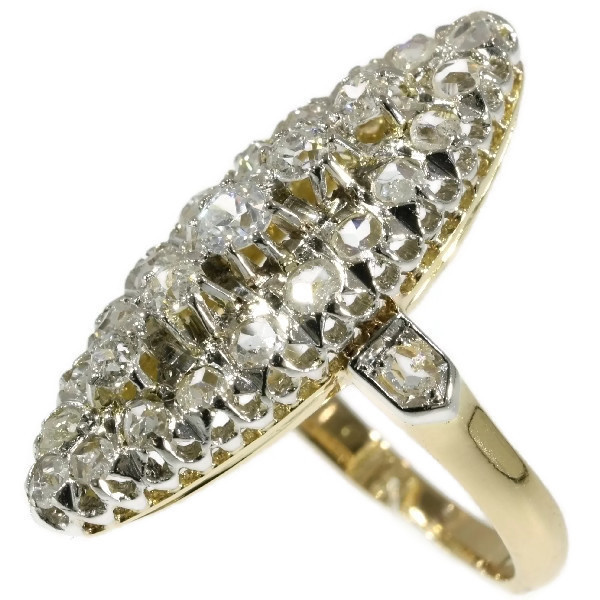 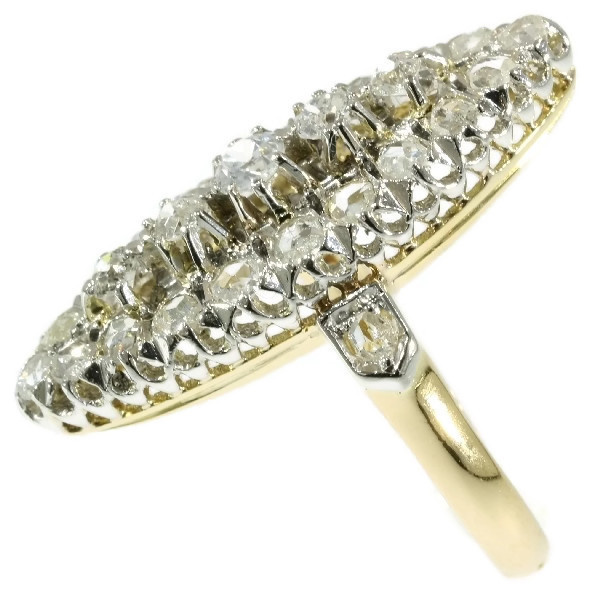 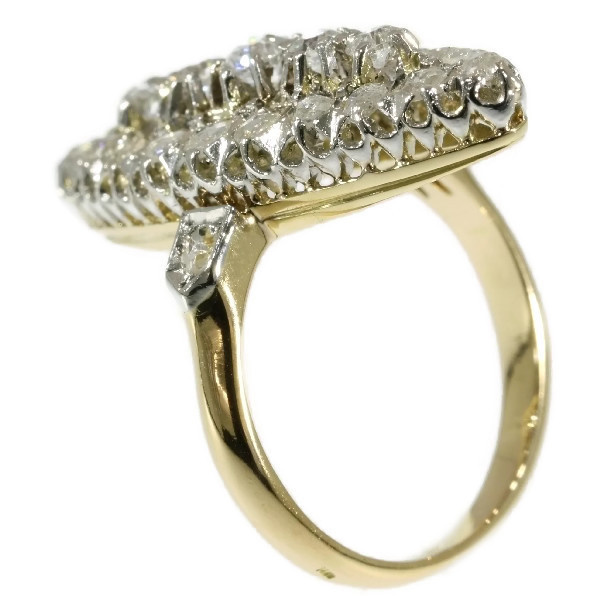 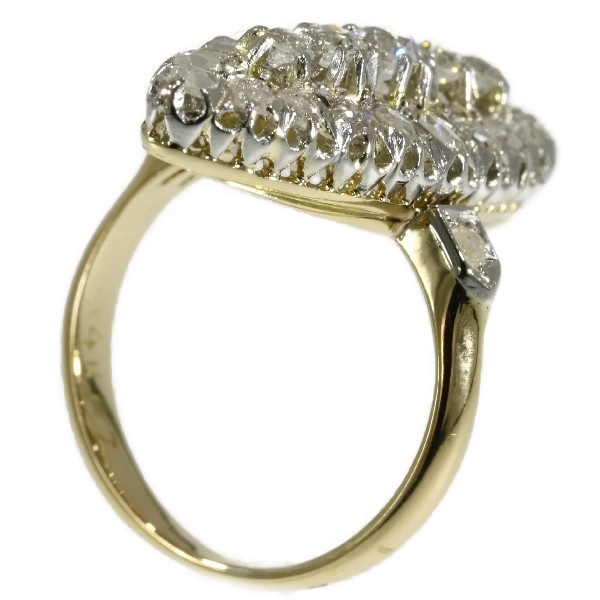 Although this Late Victorian ring in 18K gold and platinum is composed in a sober marquise shape, still any frill would have disappeared within the shimmer of the five topping old European cut diamonds surrounded with 22 rose cut diamonds. With another rose cut diamond on each side of the marquise, the lustre even emanates through the ring's shank. If anything, this jewel from 1890 can emphasise your rays of love.

Diamonds:Five old European cut diamonds with a total estimated weight of approx. 0.43 crt. (approximate color and clarity: G/H, vs/si)and 22 rose cut diamonds. We do not have the weight of the diamonds which is normal in our trade when it comes to rose cuts.
Note: All diamond weights, color grades and clarity are approximate since the stones were not removed from their mounts to preserve the integrity of the setting.