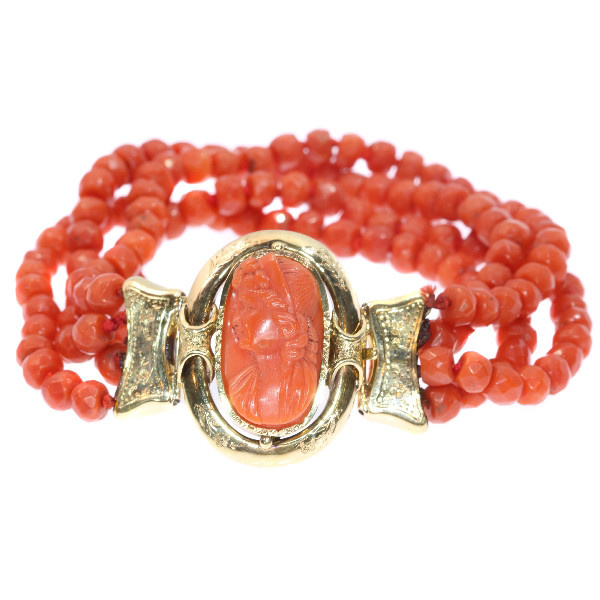 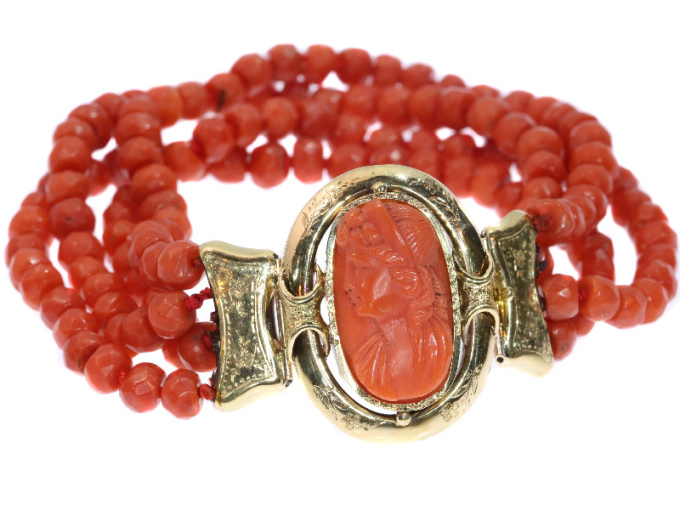 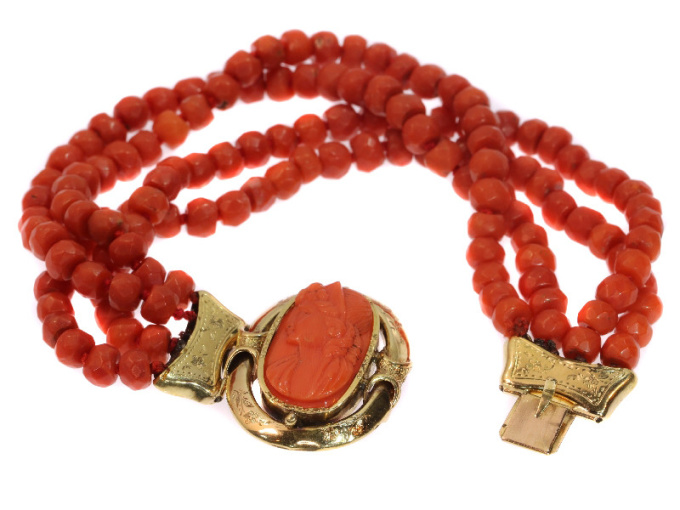 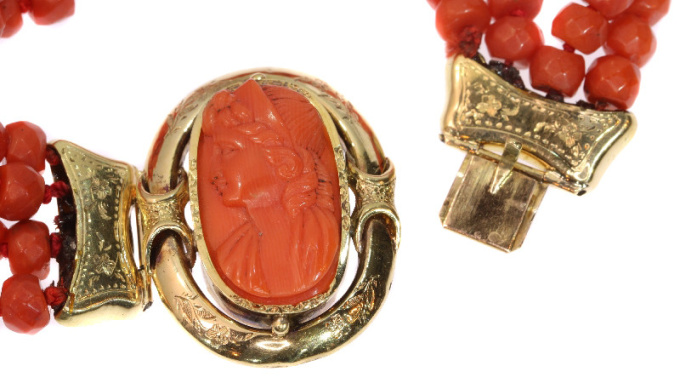 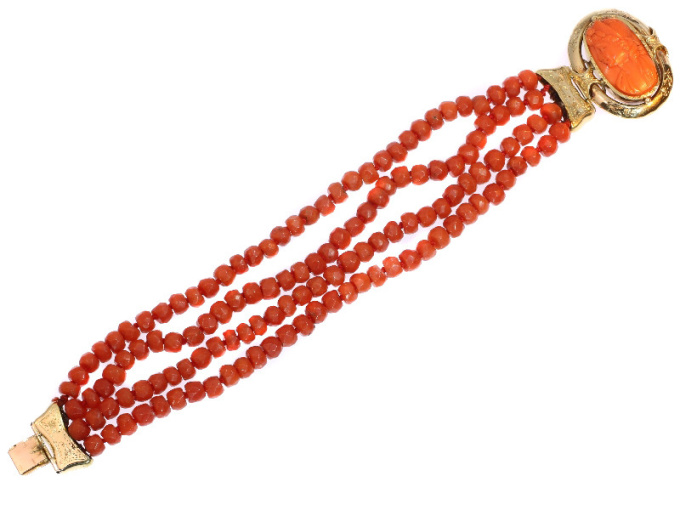 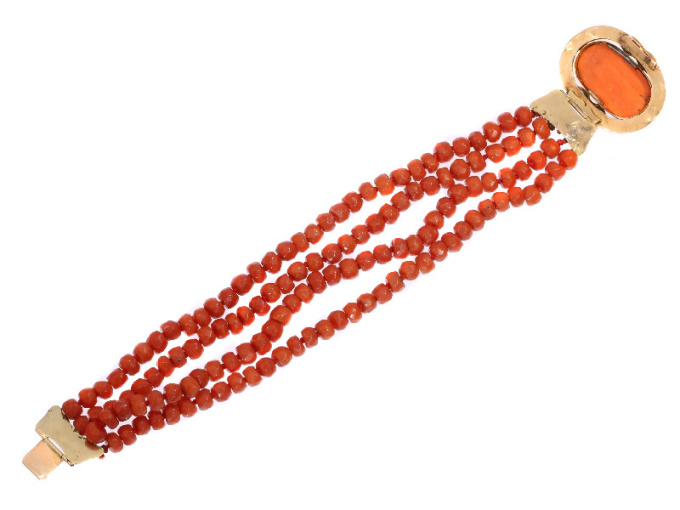 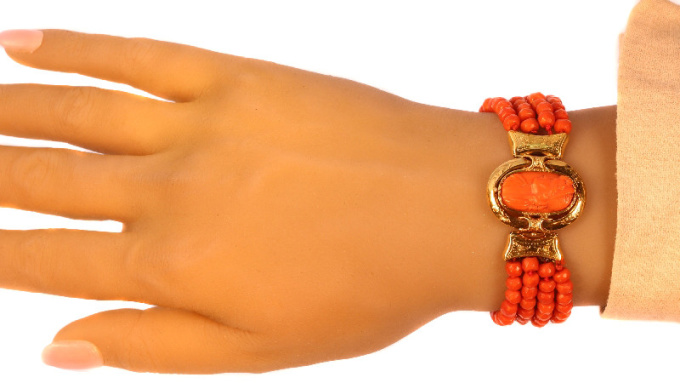 Technique: Cameo is a method of carving, or an item of jewellery or vessel made in this manner. It features a raised (positive) relief image. There are three main materials for Cameo carving; Shells or Agate (called a Hardstone cameo), and glass. Cameos can beproduced by setting a carved relief, such as a portrait, onto a background of a contrasting colour. This is called an assembled cameo. Alternately, a cameo can be carved directly out of a material with integral layers or banding, such as (banded) agateor layered glass, where different layers have different colours. Sometimes dyes are used to enhance these colours. Cameos are often worn as jewellery. Stone cameos of great artistry were made in Greece dating back as far as the 6th century BC. They werevery popular in Ancient Rome, and one of the most famous stone cameos from this period is the Gemma Claudia made for the Emperor Claudius. The technique has since enjoyed periodic revivals, notably in the early Renaissance, and again in the 17th, 18thand 19th centuries.