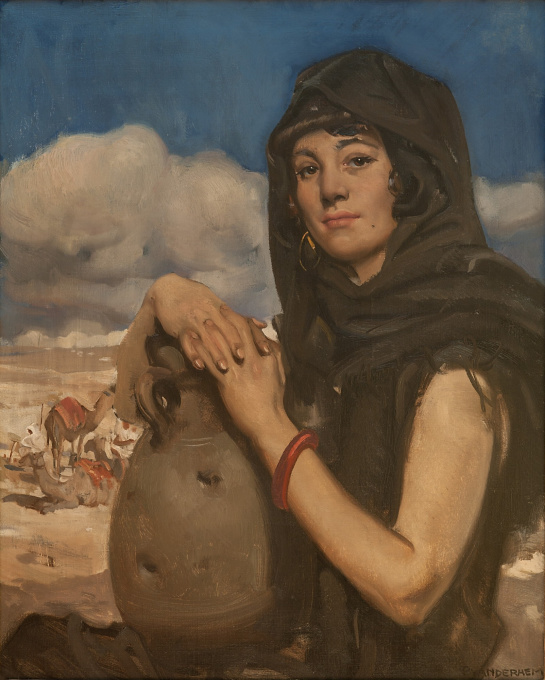 Pieter (Piet) van der Hem was known as a Dutch painter, illustrator and book designer. Van der Hem was born in Wirdum, September 9 1885, as the son of the merchant Dirk van der Hem and Geertje Pieters Smids. After being orphaned at the age of twelve, he was taken in by his uncle and aunt in the city of Leeuwarden. After his education he decided to increase his skill on the artistic field, with encouragement of his art teacher J. Bubberman. In 1902 he left for Amsterdam to study at the National School of Applied Arts, while following an additional drawingcourse at the Rijksacademy of Visual Arts.

From 1907 to 1908, van der Hem lived on Montmartre in Paris for studies. From this period, many drawings, paintings and other depictions of the street and nightlife in Paris are known. These works often remind of artists as Henri de Toulouse-Lautec and Steinlen. After his period in Paris he returned to Amsterdam.

In 1914 a series of political drawings, which were certainly not devoid of humor, of his hand appeared in De Nieuwe Amsterdammer and this puts him into the same postition as artists as Willy Sluiter and Jan Sluijters, who were known to deliver work for the Amsterdammer as well.

After this, van der Hem worked for a number of other magazines and papers. He not only delivered works of political kind, but he designed posters, book covers and advertisments as well. One particular review describes him as "an artist of admirable skill, agility, clarity and pointedness".