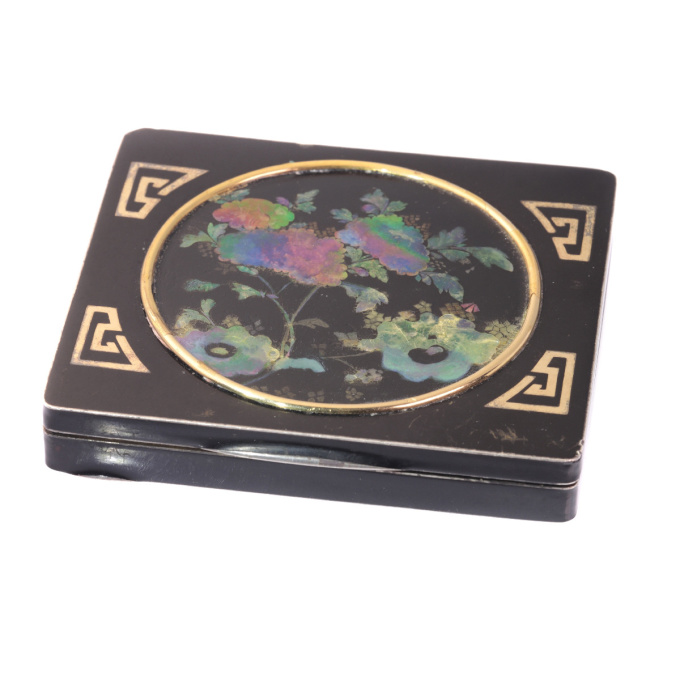 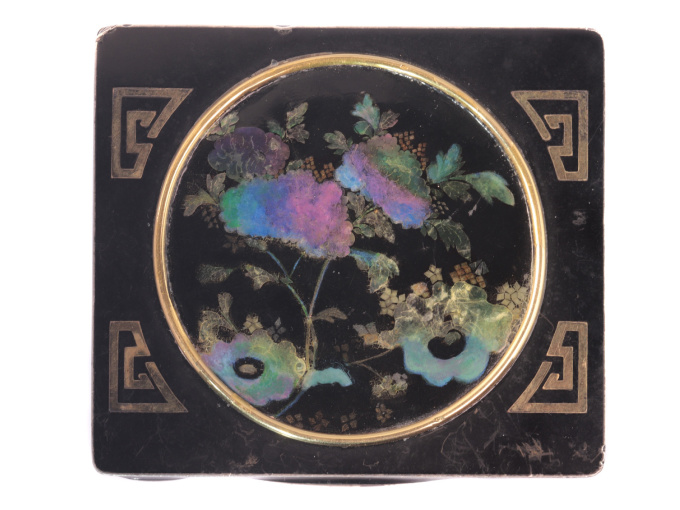 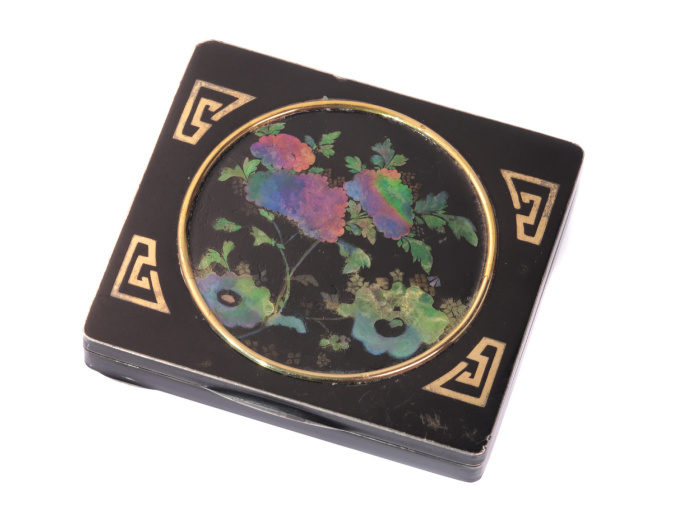 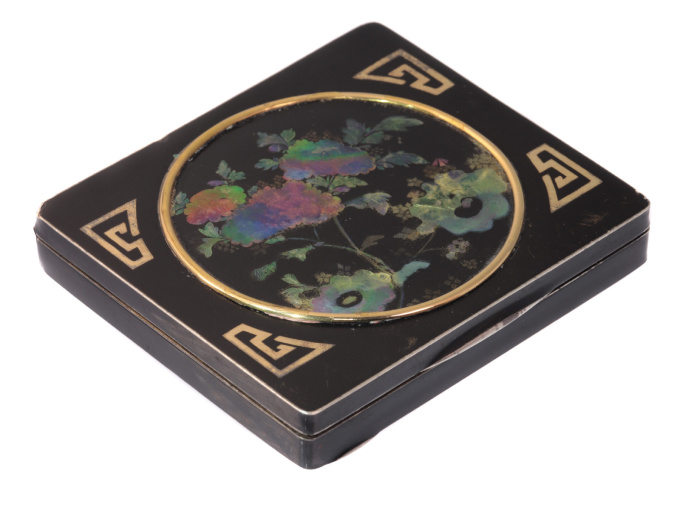 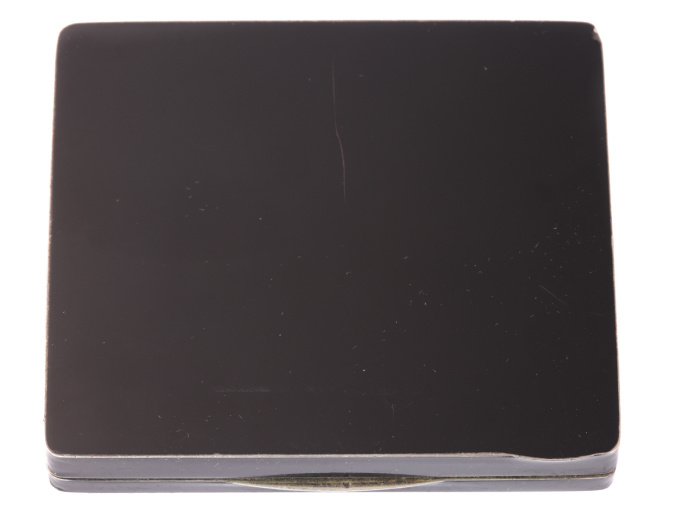 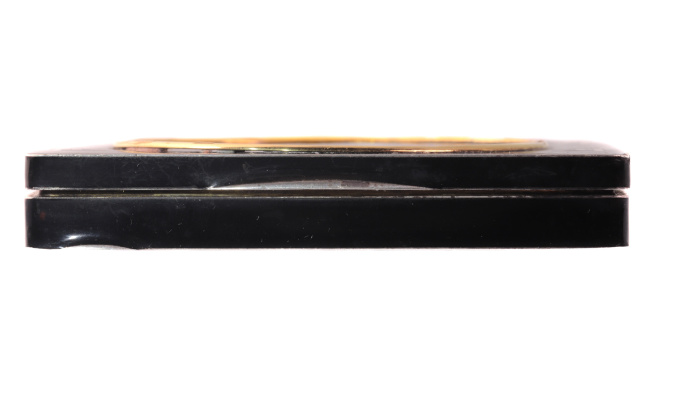 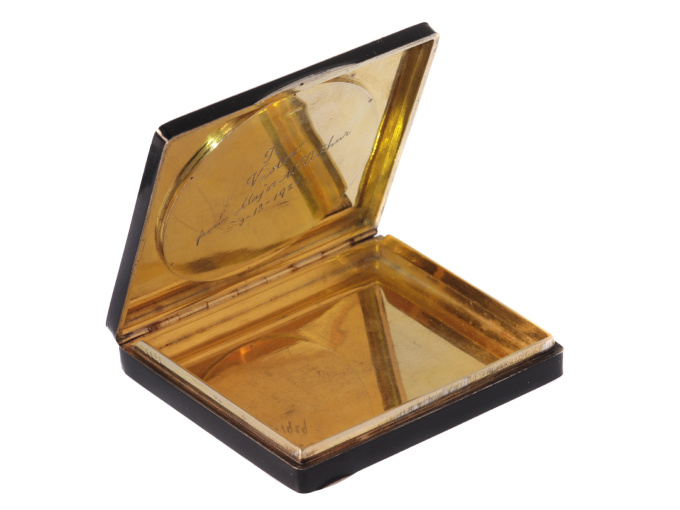 The missing link between two different protagonists of the first half of the 20th century who dominated the headlines?

The excitement that the business branch of antique and vintage jewellery brings about is after more than four decades still astounding to us. Even the thought "if only our collection could speak…" comes up once in a while,but we must remember that our jewellery pieces do communicate in their own way. Besides, it's one of the many fun bits of our job to unveil their past lives by chasing facts right there at the border of our imagination.

However, it speaks volumes through its engraving on the inside: "To Violet from Major McArthur 3-12-1929".As everyone opening this box, we asked ourselves the question: "Who are Violet and Major McArthur?". And so our search began.

First and foremost, there's one famous Major MacArthur to be found: the 1st World War hero Douglas McArthur. Is this the man who gifted this case to Violet?Moving on to Violet herself: she appears to be much more anonymous. However, there's one link between a certain Violet Sharp and the 'Major MacArthur'-result from our investigation: the famous Charles Lindbergh.We've listed the important data concerning this case below, so you can connect those dots yourself. To us, this case could be a memorabilium of an interbellum fling -or even a forbidden love.In any way, an impossible one according to these facts below.

For more information, we refer to Agatha Christie's "Murder on the Orient Express" (filmed in 1974 and its remake in 2017), which was based on the abduction of Charles Lindbergh Jr.

And this is just what we like so much about our job. That the research on the history of a piece opens unexpected windows into the past.

Theme: Chinese/Japanese lacquer and mother of pearl inlay of a garden with a flower in which we recognize a violet

Technique: Lacquer or Japanning - Just as china is a common name for porcelain, japanning is an old name to describe the European technique to imitate Asian lacquerware. As Asian lacquer work became popular in England, France, the Netherlands, and Spain in the17th century, the Europeans developed imitation techniques. The European technique, which is used on furniture and other objects, uses finishes that have a resin base similar to shellac. The technique, which became known as japanning, involves applyingseveral coats of varnish which are each heat-dried and polished. In the 18th century, japanning gained a large popular following. Although traditionally a pottery and wood coating, japanning was the popular (mostly black) coating of the acceleratingmetalware industry. By the twentieth century, the term was freely applied to coatings based on various varnishes and lacquers besides the traditional shellac. (from Wikipedia)

Hallmarks: The French control marks representing an eagle's head next to a wild boars head that was in use in France from about 1905. This hallmark was used for jewels that were made both in gold and in silver.
-  (more info on hallmarks)