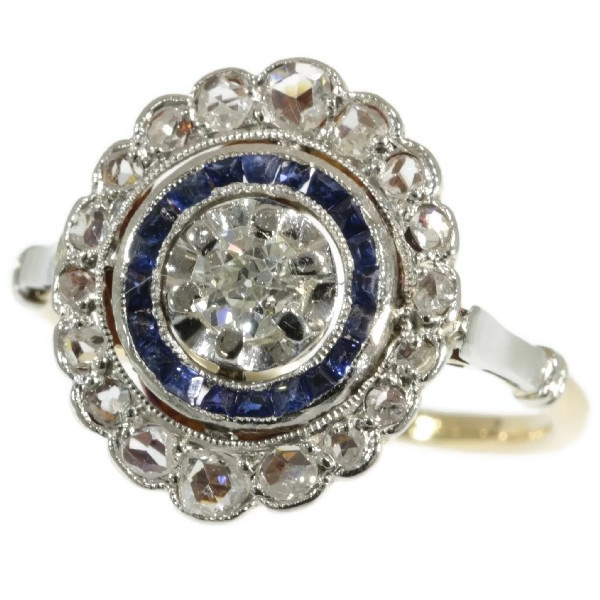 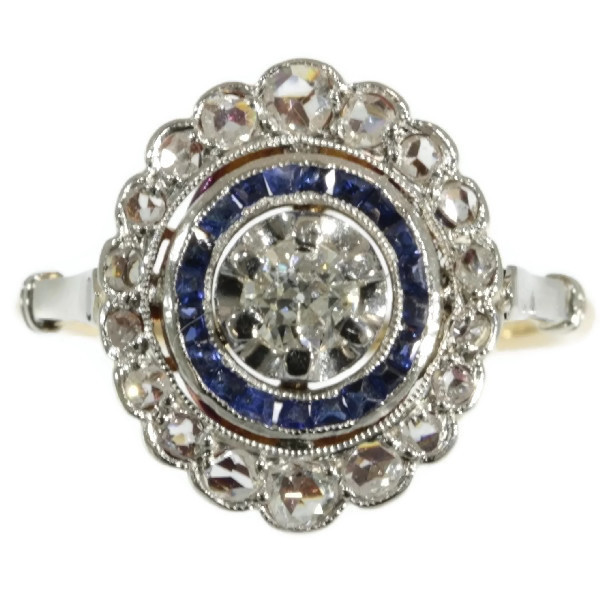 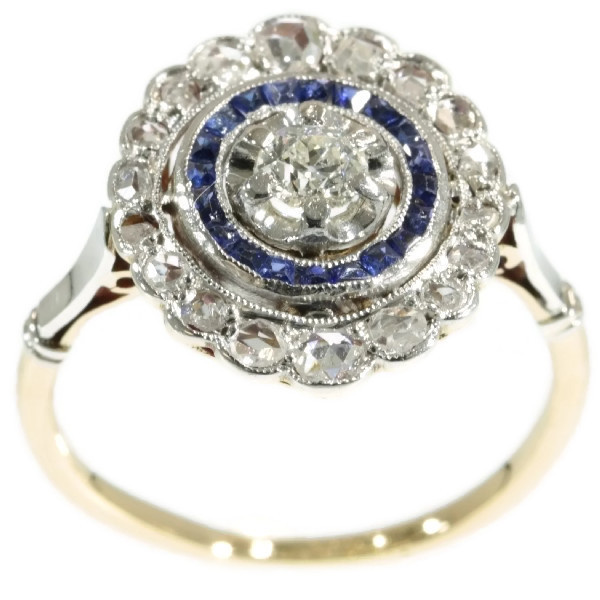 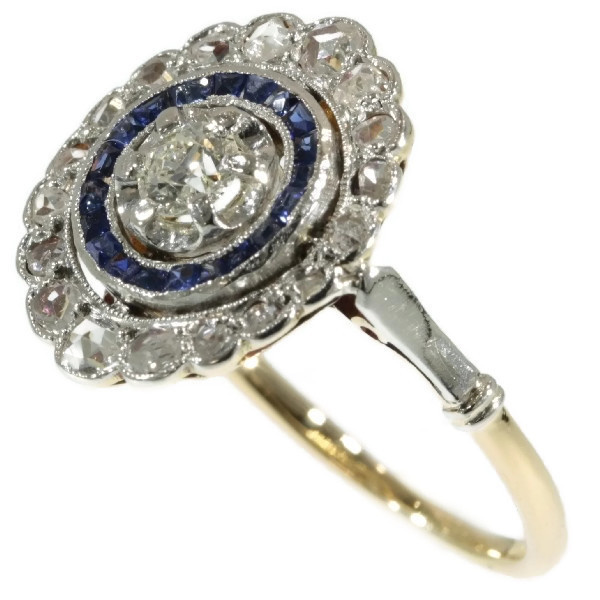 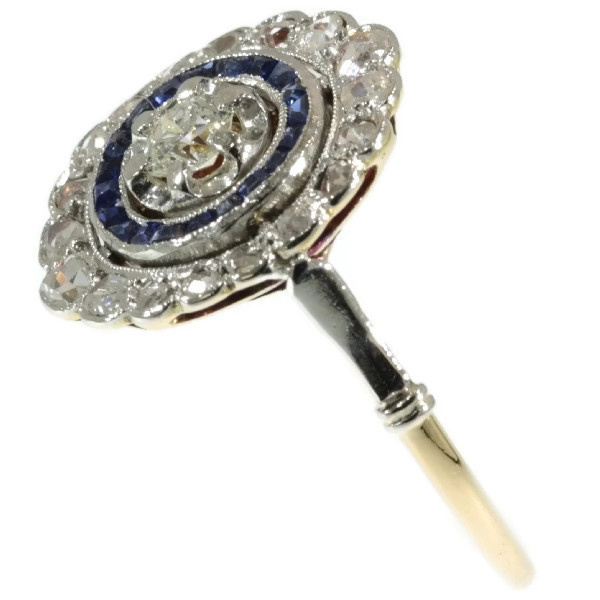 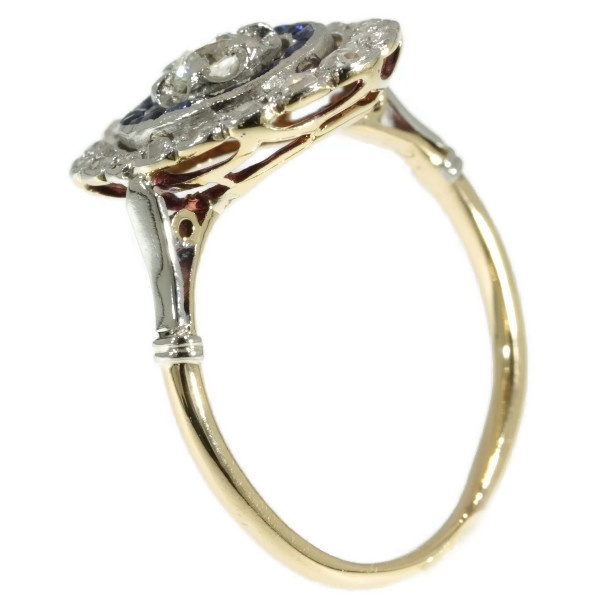 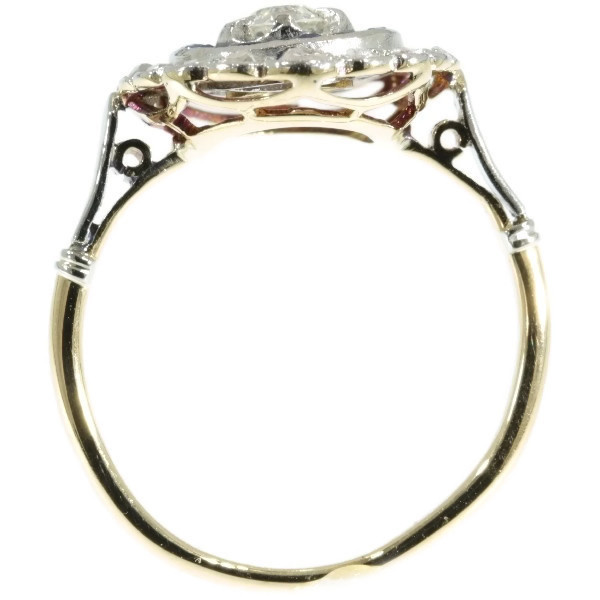 Your love arrows should be aimed to the focal target sight of this 18K yellow gold and platinum Art Deco ring, which centres an old European cut diamond surrounded by 20 carré cut sapphires. These blue squares are enclosed by 18 rose cut diamonds, whichcould serve as the flower petals on your exclusive abode of affection.