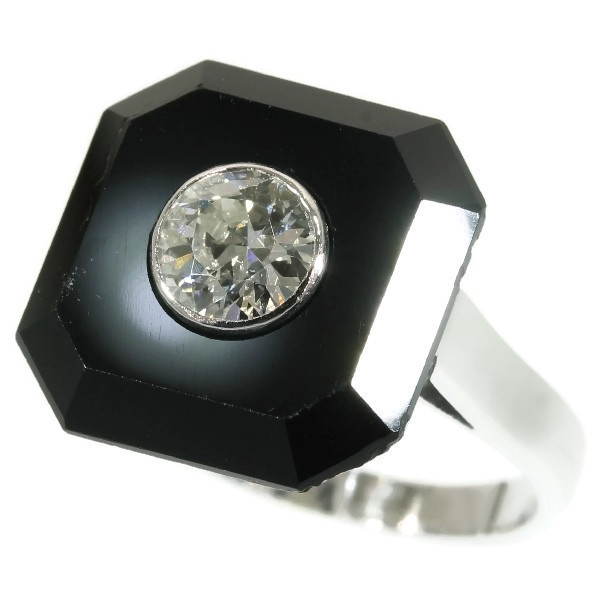 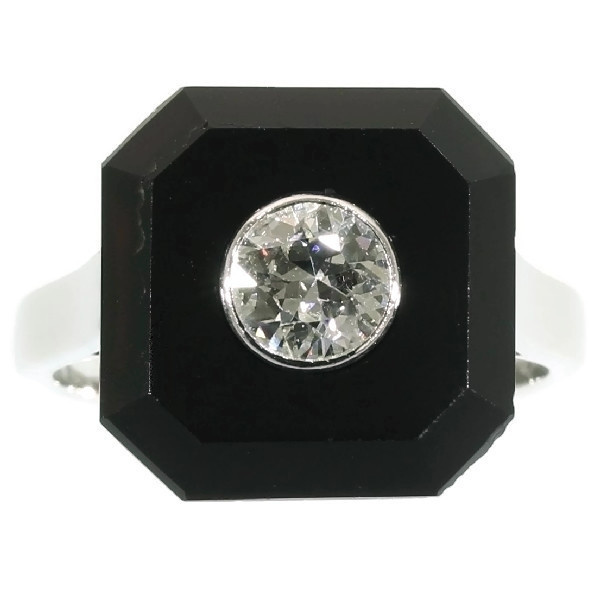 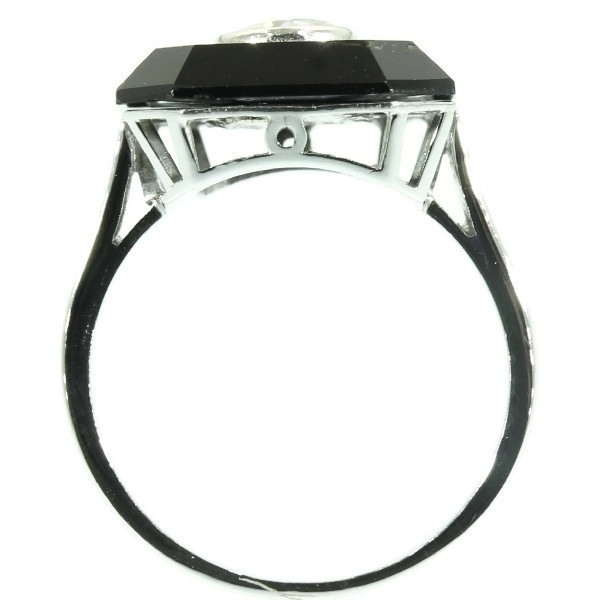 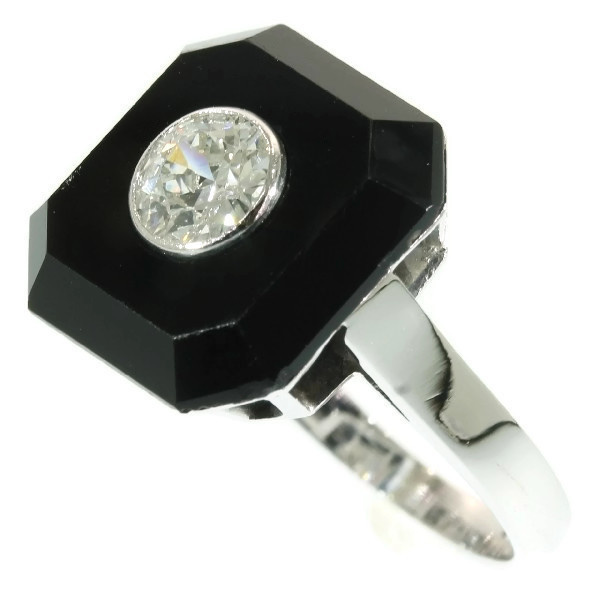 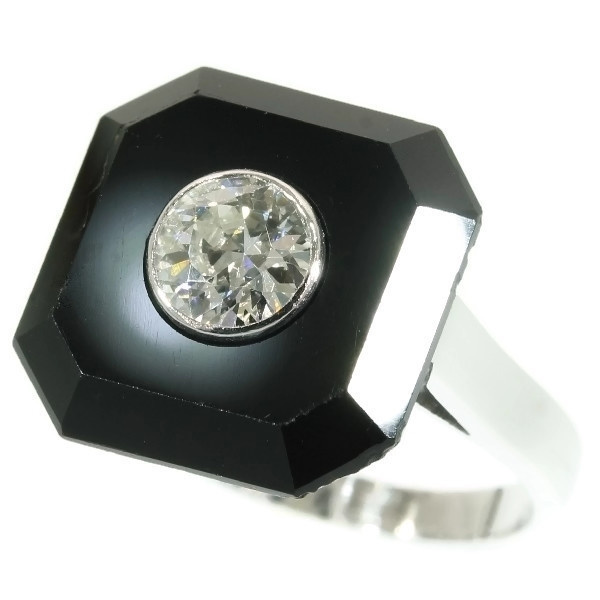 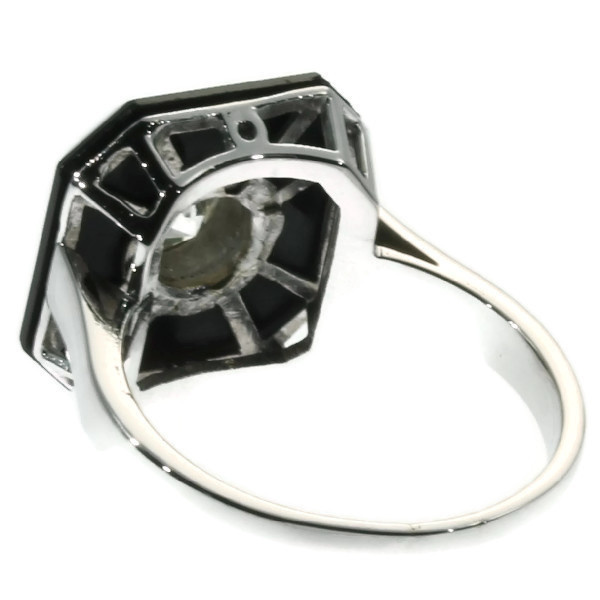 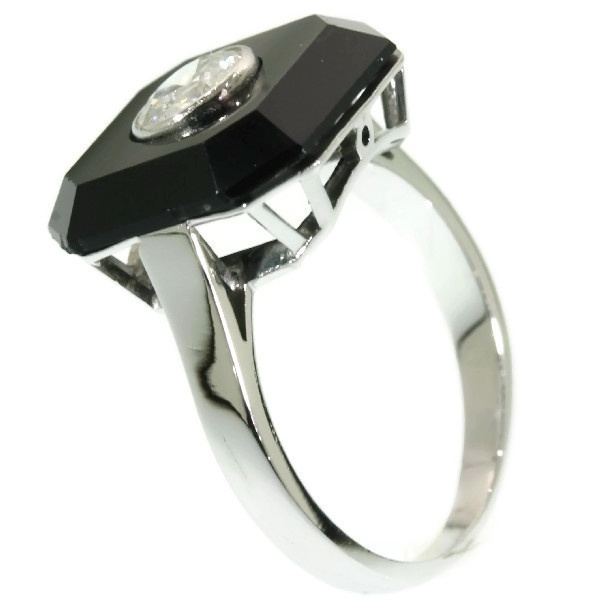 The sober composition of this 18K white gold Art Deco ring from 1930 assures its contemporary allure to last through any era as the brilliance of the 0.65 carat old European cut diamond in a bezel setting looms magnificently out of the black square cut onyx. However fluttering life can be, this solidly crafted jewel will always signify your unfailing love and could so be the first stone of your family heirloom.

Diamonds: One old European cut diamond with an estimated weight of approx. 0.65 crt. (approximate color and clarity: H, vs/si)
Note: All diamond weights, color grades and clarity are approximate since the stones were not removed from their mounts to preserve the integrity of the setting.

Birthstones: Diamond is the birthstone (or month stone) for April and onyx for July.
-  (more info on birthstones)