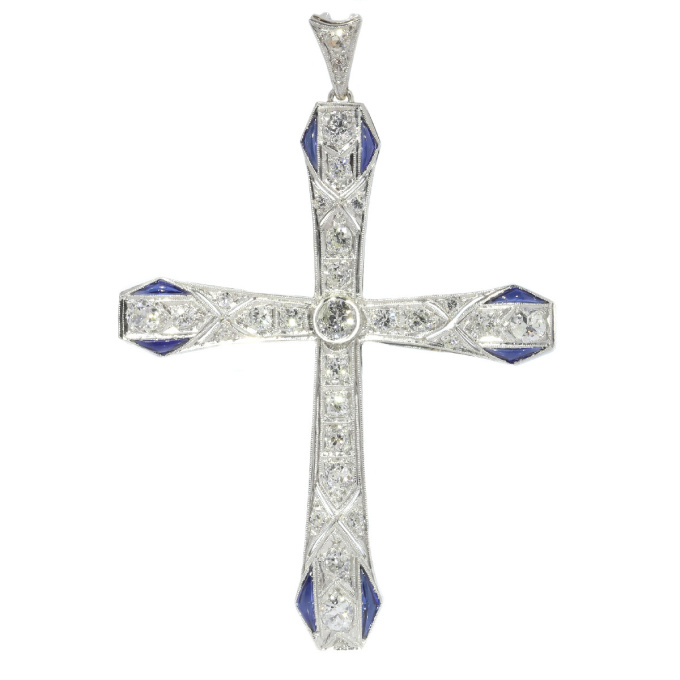 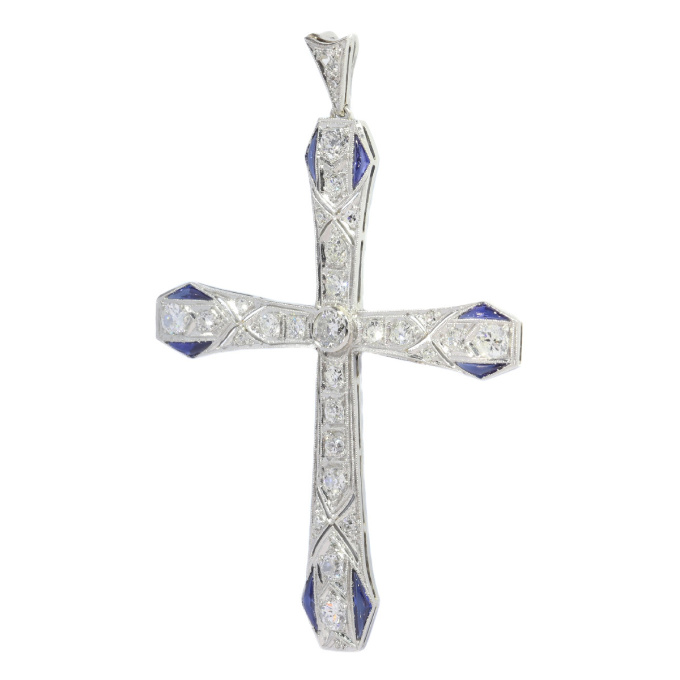 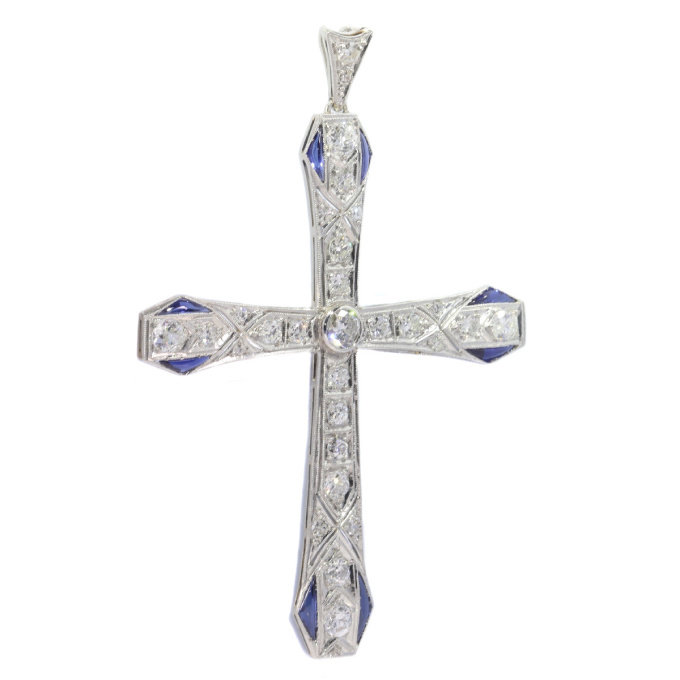 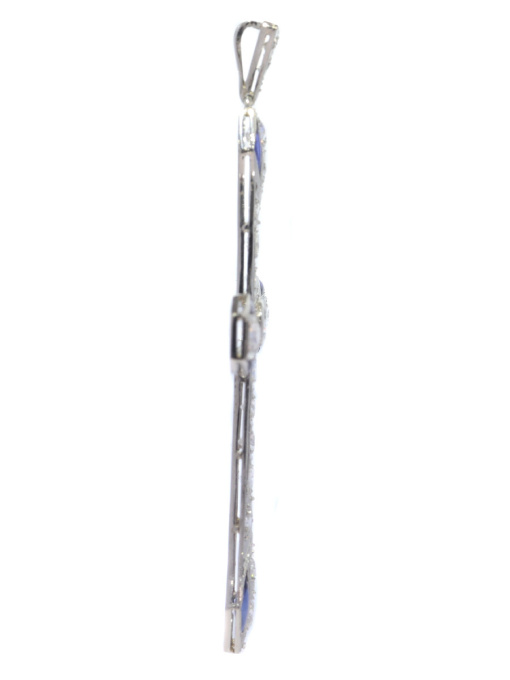 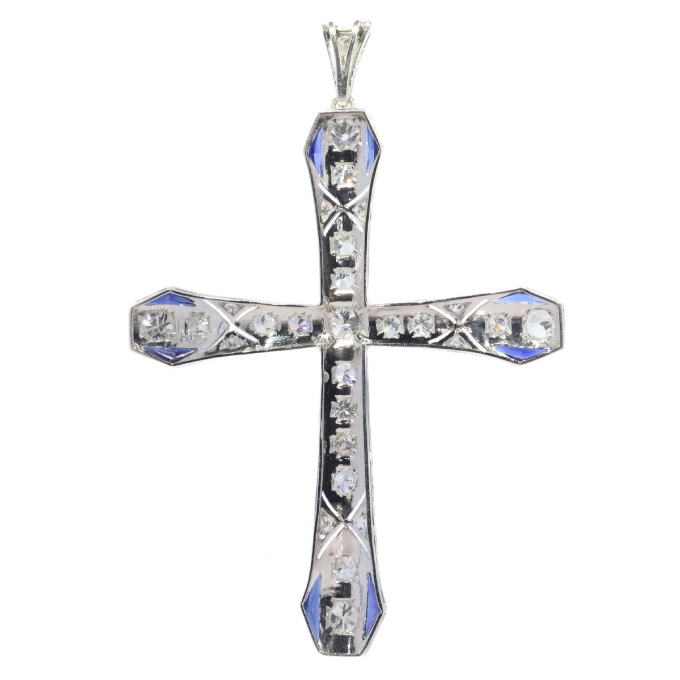 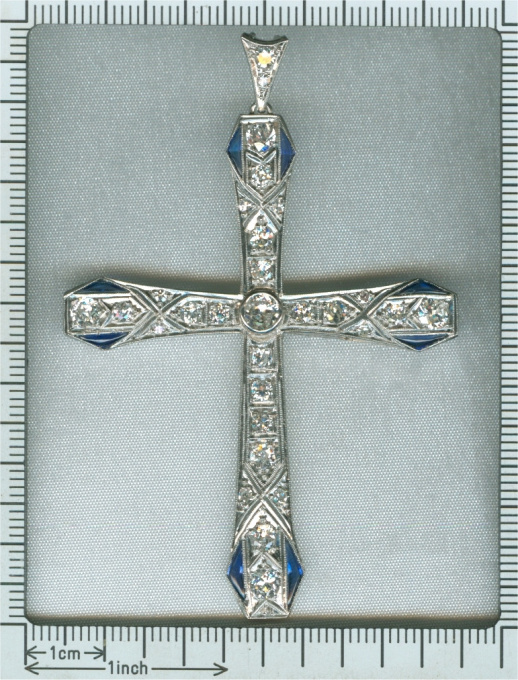 Theme: Cross - The cross is one of the most ancient human symbols, and is used by many religions, such as Christianity. It is frequently a representation of the division of the world into four elements (or cardinal points), or alternately as the union of the concepts of divinity, the vertical line, and the world, the horizontal line. (from: Wikipedia)

Precious stones: Eightfancy cut sapphires (lab produced) (also called verneuil sapphire). The fact that these stones are lab produced has no influence on the value of this jewel. Natural sapphires and lab produced sapphires were both used in this era, rather more for their effect than for their intrinsic value.

- It is a very common practice to treat gemstones to intensify their clarity or colour. The item in question has not been tested in this regard.