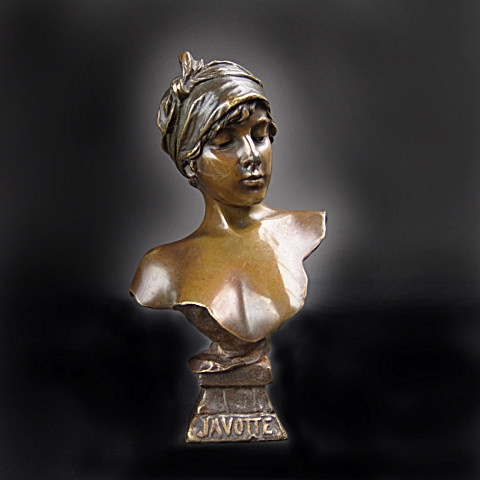 The French sculptor Emmanuel Villanis was born in Lille on December 12 1858; he was the son of Italian parents. After the proclamation of the Kingdom of Italy, in March 1861, the family returned to their country and settled in Piedmont.

From 1871 to 1880 Emmanuel Villanis was a student at the Academy of Fine Arts Albertina in Turin where he studied with master sculptor Odoardo Tabacchi (1831-1905). Upon his graduation, he exhibited his first works in several cities in Italy. For example, the bust Alda, in Milan in 1881.

In 1885, Villan is finally returned to France to live and work in Montmartre, a district of Paris which he did not leave until his death on August 28, 1914. In the nineteenth century, exhibiting at the Salon des Artistes was vital for a sculptor in terms of getting known and gaining commissions. Between 1886 and 1910, Villanis participated eleven times at the Salon. His seventeen sculptures exhibited include the four busts Nerina (Salon of 1887); Galatee (Salon of 1894); Mignon (Salon of 1896); Judith (Salon of 1898) In 1892, he received an Honourable Mention for the two maquette statues he presented. Villanis is today recognised as one of the foremost sculptors who worked in the Art Nouveau era and the character and realism he captured in his subjects is highly sought after around the world by avid collectors.