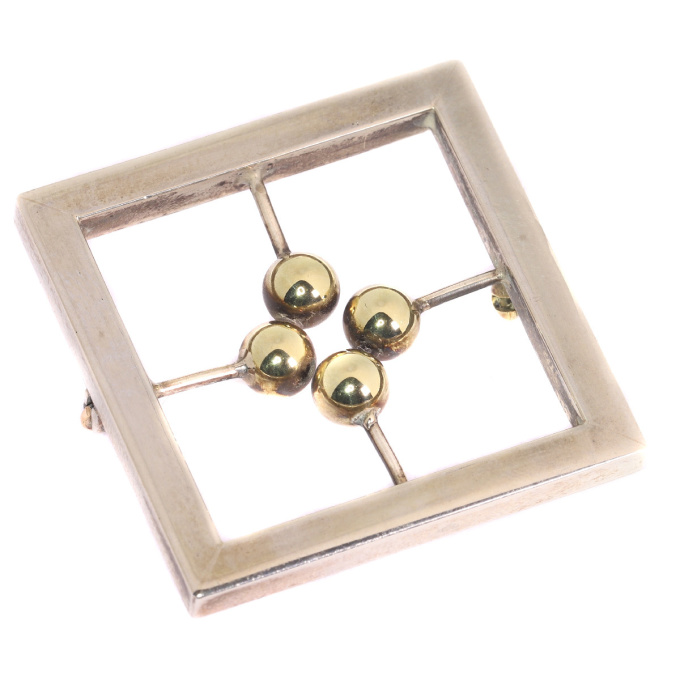 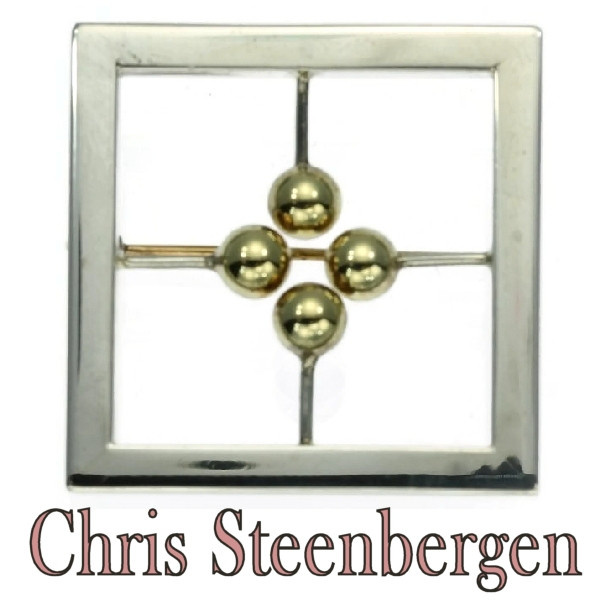 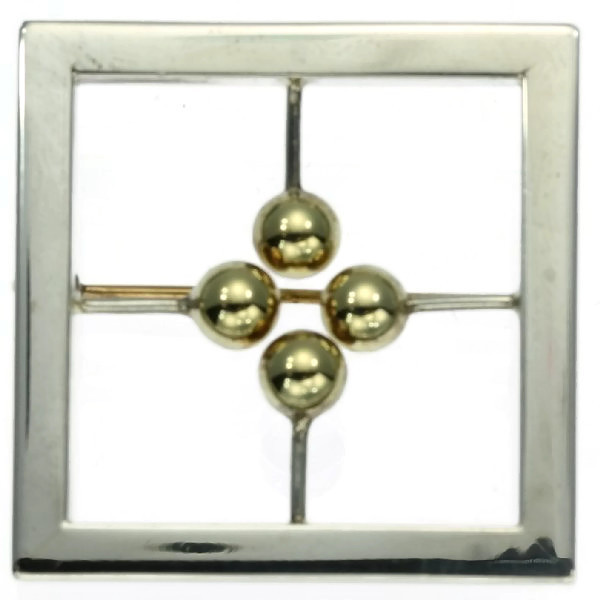 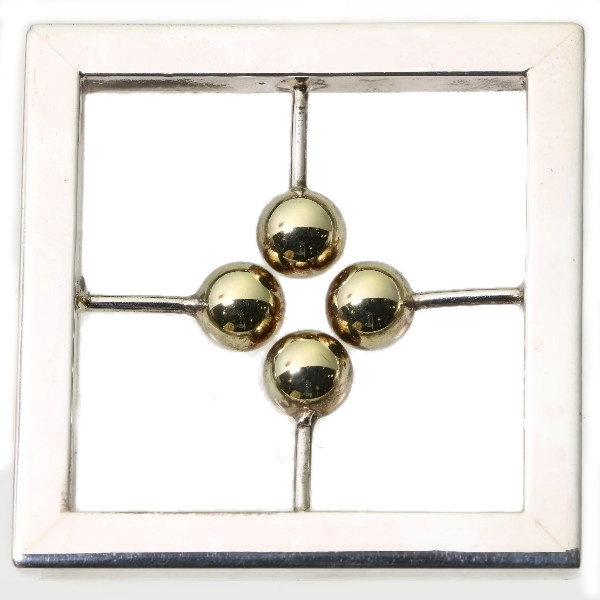 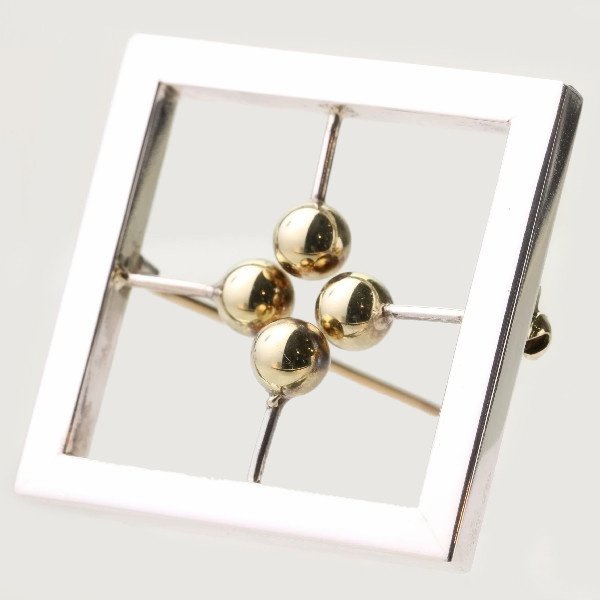 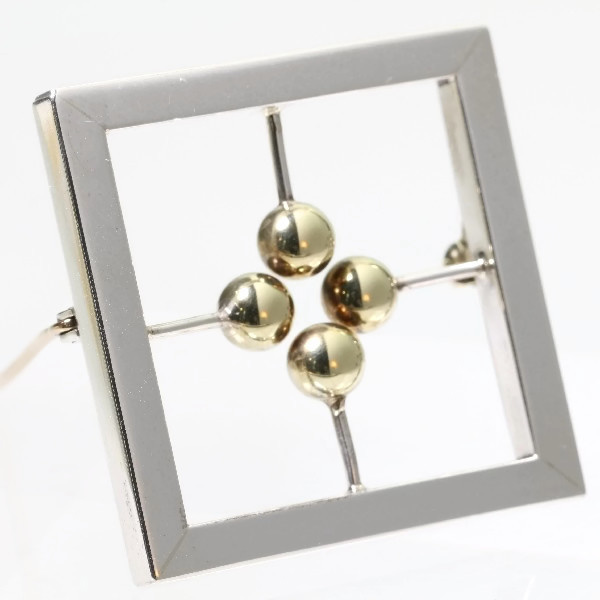 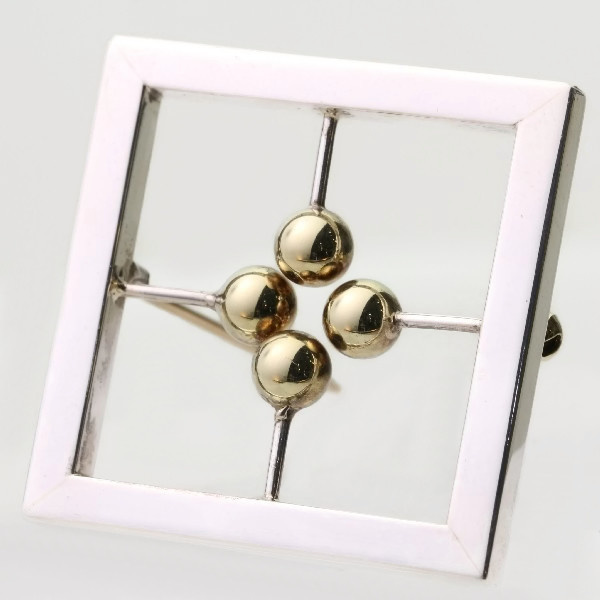 This 14K yellow gold and silver brooch from 1965 by the well-known Dutch contemporary jewellery artist, Chris Steenbergen, serves as a collectible piece of future antique jewellery. One gold sphere at the end of each centreline reaches to the middle ofthis silver square frame. Being an example of minimalistic abundance, this jewel is a wearable statement.

Material: Silver and the balls and pin are 14K yellow gold.
-  (more info on precious metals)

Extra information: Chris Steenbergen (1920-2007) is one of the few well know Dutch artist jewelers goldsmith silversmith in the second half of the 20th Century. Participated in many exibitions in many countries and is mentioned in many books on contemporary jewelry art. Amore extended explanation on his live and works are to be found on our Chris Steenbergen glossary page.

Hallmarks: No hallmarks what so ever, not of the metals and not of Chris Steenbergen on this brooch. This brooch belonged to his legacy and was bought together with many other pieces that carry his hallmark.
-  (more info on hallmarks)