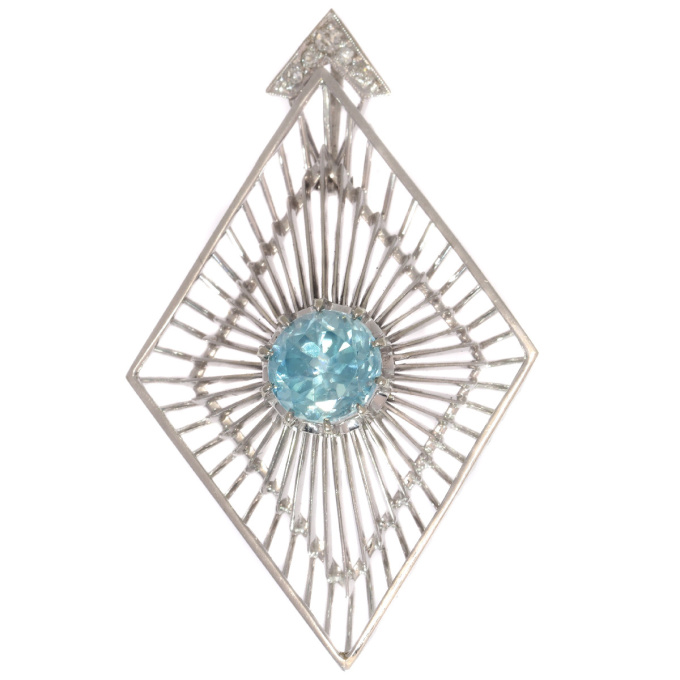 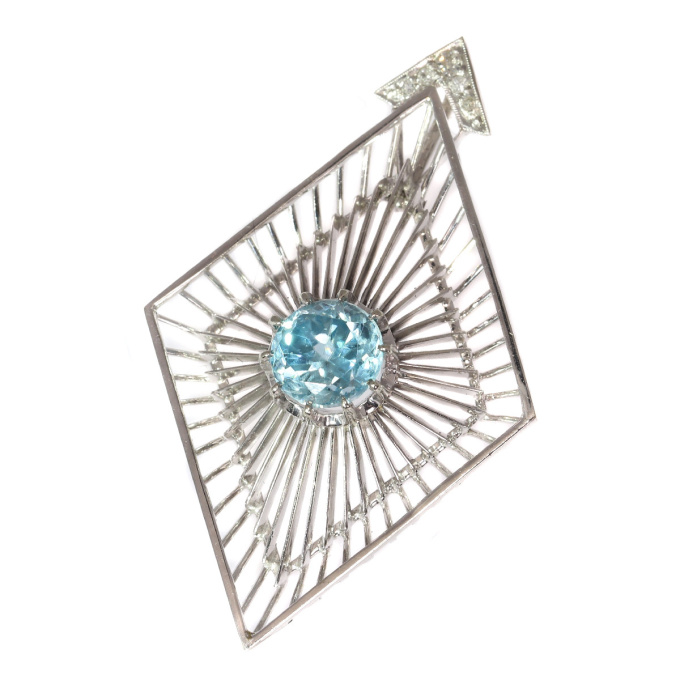 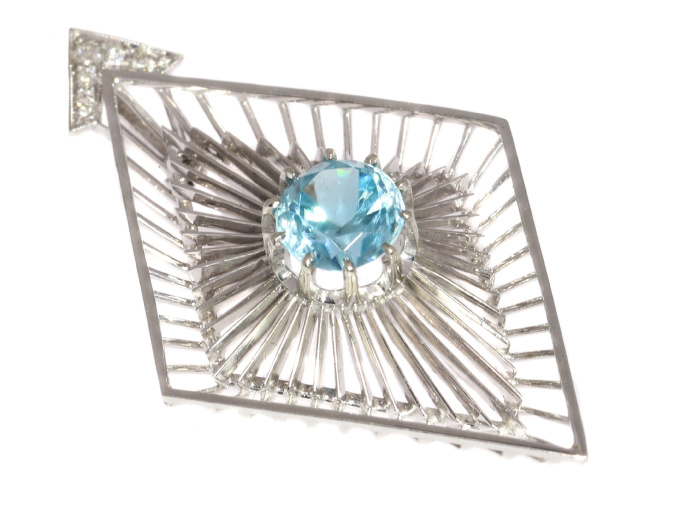 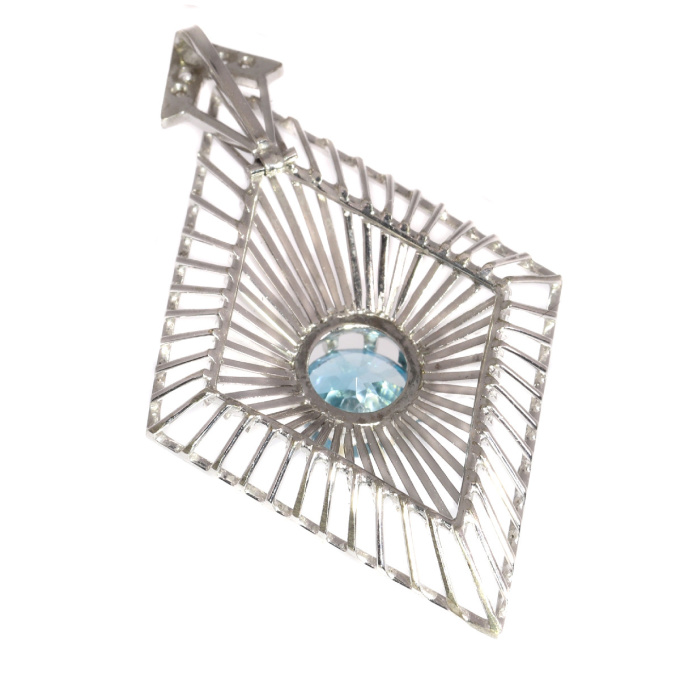 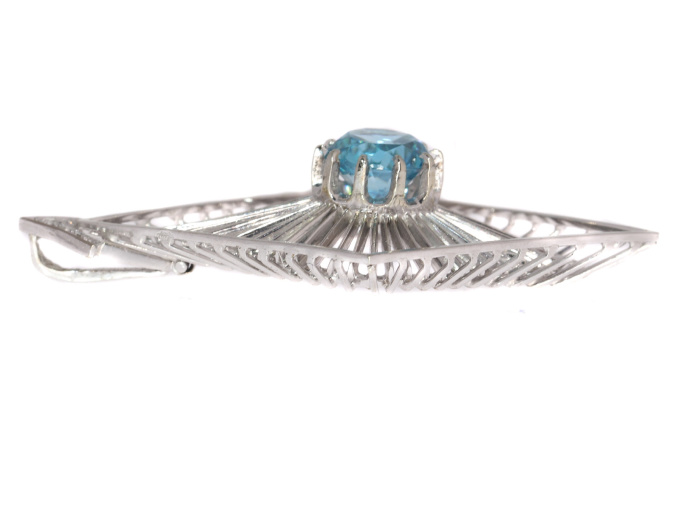 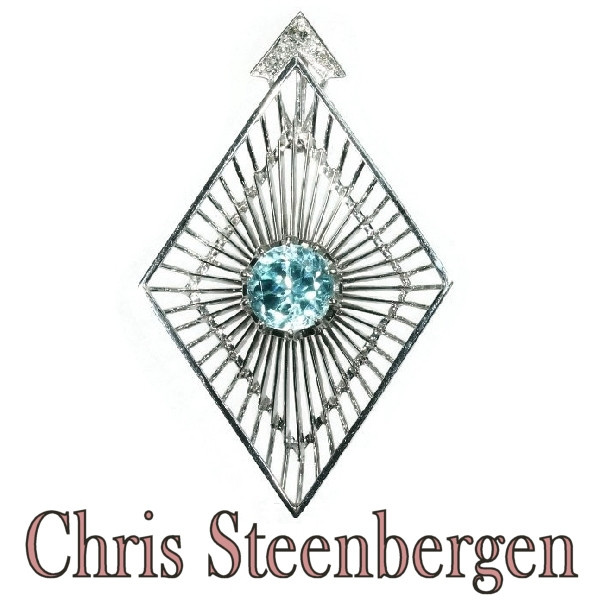 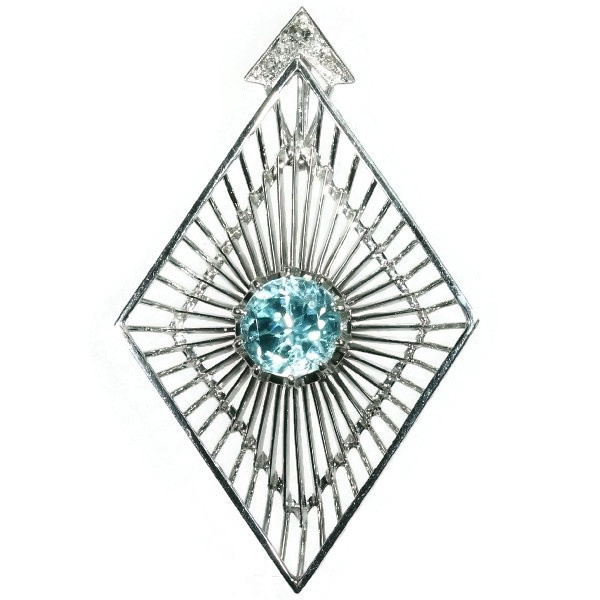 This 14K white gold pendant by the well-known Dutch contemporary jewellery artist, Chris Steenbergen, serves as a collectible piece of future antique jewellery. A starlite transcends from its own tangible gold rays and is able to surpass its lozenge cage topped with an angular surmount encrusted with five single brilliant cut diamonds.

Upon the purchase of this jewel, we will add the (Dutch) booklet 'Chris Steenbergen' by Marjan Unger (Stichting Fonds BKVB, Amsterdam, December 2000).

Extra information: Chris Steenbergen (1920-2007) is one of the few well know Dutch artist jewelers goldsmith silversmith in the second half of the 20th Century. Participated in many exibitions in many countries and is mentioned in many books on contemporary jewelry art.A more extended explanation on his live and works are to be found on our Chris Steenbergen glossary page.

Diamonds:Five single brilliant cut diamonds (also called 8/8) with a total estimated weight of approx. 0.05 crt.
Note: All diamond weights, color grades and clarity are approximate since the stones were not removed from their mounts to preserve the integrity of the setting.

Precious stones: One starlite with an estimated weight of approximately 2.10 crt
-  (more info on precious stones)

Birthstones: Diamond is the birthstone (or month stone) for April and zircon for December.
-  (more info on birthstones)

Hallmarks: The Dutch control mark representing an oak leaf with the number 585, for 14K gold, that is in use since 1953. There are no hallmarks of Chris Steenbergen on this pendant. This pendant belonged to his legacy and was bought together with many other pieces that carry his hallmark. And similiar jewelryispictured in the catalogue from the museum Boymans-van Beuningen, Rotterdam, Netherlands, at page 21.
-  (more info on hallmarks)