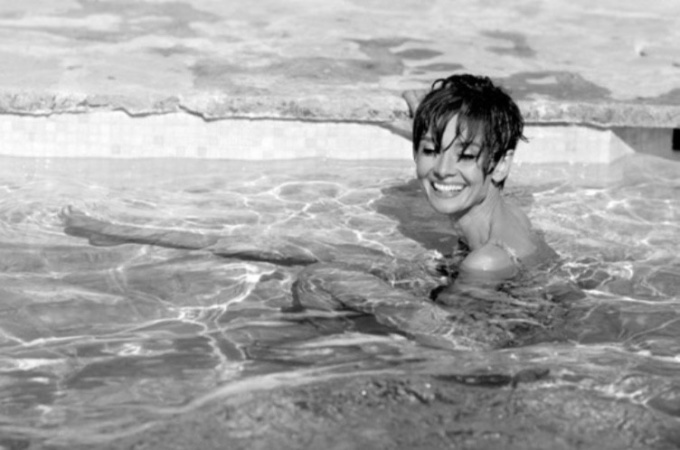 ca. 1966 From the series Audrey Hepburn

Actress Audrey Hepburn, pictured in the South of France during the filming of 'Two for the Road' on 4th September 1966.