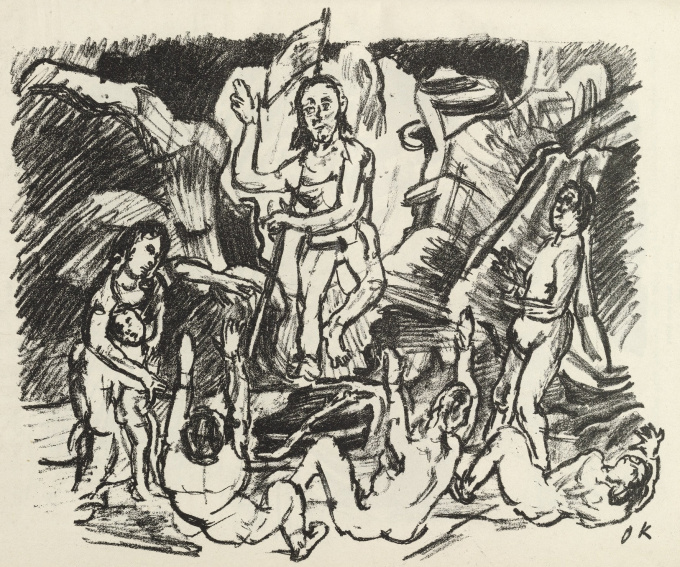 Oskar Kokoschka was an Austrian painter, graphic artist and writer born in Pöchlarn in 1886. After he finished his high school in Vienna he received a scholarship for the Kunstgewerbeschule and followed classes in drawing, graphic art and art history. Without any lessons he started to paint with oil paint in 1905, this was also the moment he started his expressionistic works. At the Kunstgewerbeschule he met Adolf Loos who introduced Kokoschka to Karl Kraus, the publisher of Die Fackel. After an exhibition in Vienna his teacher Gustav Klimt called him one of the biggest talents in the younger generation. in 1909 he finished the art school and focussed his work on portraits.

The woman who appears in a lot of his art works is Alma Mahler-Schindler, who he had a complicated relation with. When he moved to Paris in 1924 he started with serie of landscape paintings and city views. After the Second World War he painted a few more city views, painted decors and big mythological paintings. His graphics works became more humanistic as well. In 1980 Kokoschka died in Montreux at the age of 93.