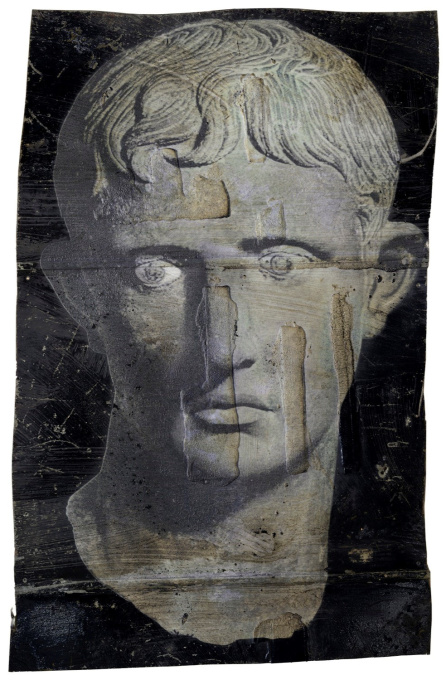 Luca Pignatelli was born in Milan on June 22nd 1962, in a house-cum- studio where his father Ercole worked as a painter and sculptor.
During the 1980s his artistic ideas became more firmly entrenched as a result of attending courses held at the Faculty of Architecture which. Inspired by the concept of the sedimentary growth of history, Pignatelli believes that painting has a special relationship with time: the simultaneous presence of elements and forms attributed to different periods is not just imagined but is quite real and pervades his work.
He decided to visit warehouses, storage areas, military depots and large building sites. He was fascinated by the mysteries concealed within the anonymous architecture of port cities, with their building sites and the movement of goods, but also the architecture of the Parthenon, Vignola, Leon Battista Alberti, Loos and Mies van der Rohe, and the architecture encountered during his travels to European cities.
​
As a painter capable of facing the challenge posed by large scale works, Pignatelli normally uses anomalous supports that have an innate pictorial quality such as tarpaulins, wood and iron, and assembled pieces of paper onto which he applies his repertoire of images; this ‘catalogue’ of disparate images includes mechanical devices, ships, planes, urban landscapes and objects that contain echoes of the ancient world such as the ruins of statues and finds.
​
Towards the mid 1990s he began using tarpaulins from goods trains that had travelled the railways of Europe; the tarpaulins were re-sewn or patched up, torn by the never-ending journeys, but they froze history within them, opening up ‘windows’ onto other journeys towards the world of art. His poetics includes photography as an rapid means of citing icons that once belonged to a golden past.
The monumental sculptures of Roman emperors and the horse-drawn chariots, which are decontextualised and placed on canvases employing various techniques and solutions, become an important part of his iconography.
Since the 1990s the work of Luca Pignatelli has been exhibited in numerous museums and galleries all over the world.