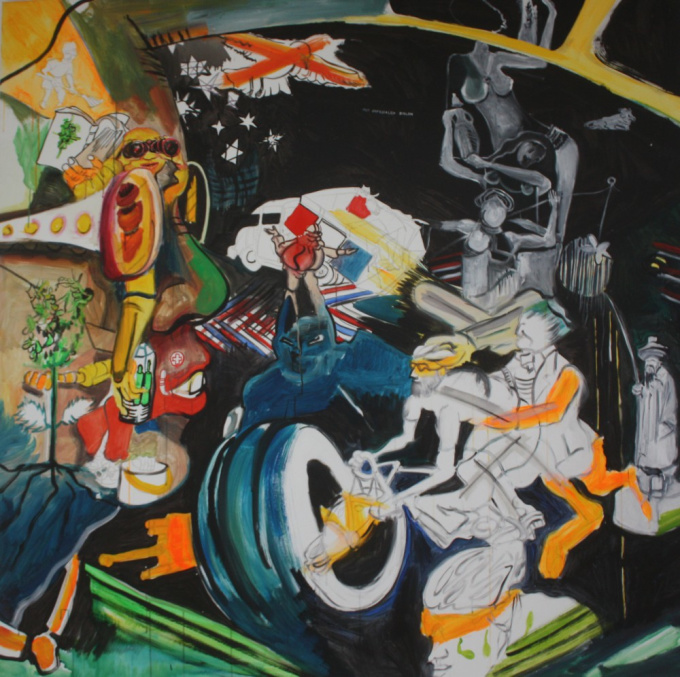 David Bade was born in Willemstad, Curaçao on the Netherlands Antilles in 1970.

He studied at the De Ateliers ’63 in Haarlem before starting his study to become a teacher in handicraft and drawing at the Hogeschool Holland in Diemen, near Amsterdam.

In 1993 he won his first price, the Prix de Rome from the Amsterdam Rijksacademie for his drawing. He was a member of the hury for this prize in both 2003 and 2004. In 2010 he was awarded the Sikkensprijs.

Bade has taught at several institutions in both Netherlands and Germany between 1989 and today.

His work has been commissioned by multiple public and private collections in both the Netherlands as well as internationally since 1989. He is featured in many collections including Stedelijk Museum Amsterdam, the Museum Jan Cunen in Oss, the Bonnefanten Museum in Maastricht, the Centraal Museum in Utrecht, the Stadsgallerij, Heerlen, S.M.A.K., Gent, BE, Musée d’Art Moderne et d’Art Contemporain, Nice, FR, Collection NOG insurances, Collection Sonnabend, Boston, US, Collection Frits Becht, Peter Stuyvesant Collection, Gemeentemuseum Den Haag, Den Haag, Provincie Overijssel, Zwolle and the Museum de Fundatie in Heino.