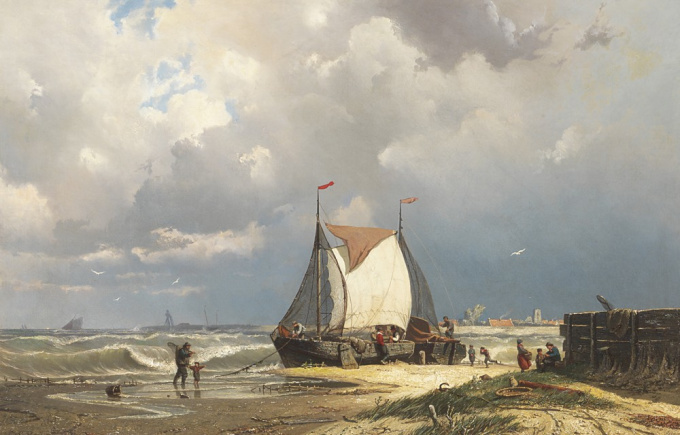 According to the RKD he was the son of a musician and the pupil of his uncle Petrus Franciscus Greive and Cornelis Springer. He signed his works J.C. Greive jr. and was a member of Arti et Amicitiae from 1863, where he became chairman for three years.[2] His pupils were Coen Metzelaar and Hein Kever. He is known for his paintings, lithographs, and topographical drawings in various sketchbooks, many of Amsterdam subjects.He created genre works, artist portraits, landscapes, and marines.

A street is named after him in the neighborhood of streets named after 19th and 20th century Dutch painters in Overtoomse Veld-Noord, Amsterdam.