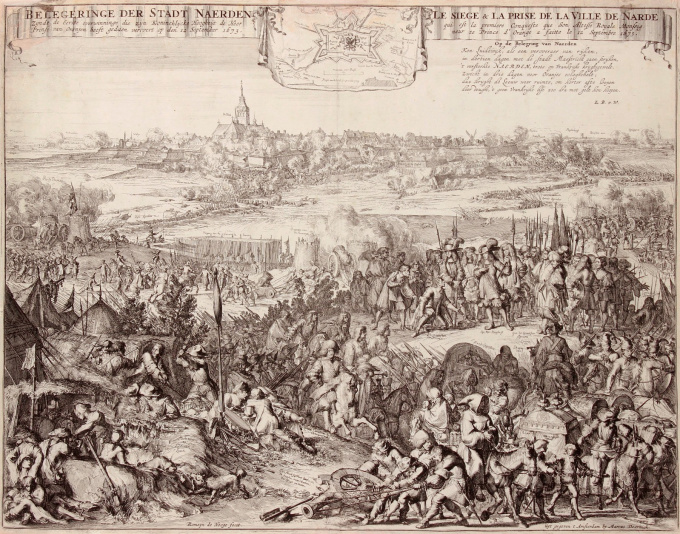 In 1673 Romeyn married Maria Lansman, the daughter of a minister. They lived in Amsterdam on the Reguliersgracht. He illustrated books, for example Hieroglyphica of Merkbeelden der oude volkeren (1735), a well known emblem book and sourcebook for classical mythology and its iconography. He also illustrated books of Constantijn Huygens and Hugo de Groot. In 1675 he owned an art store in the Kalverstraat.

In 1677 he illustrated Coenraad van Klenck’s trip to Moscow. He produced many etches, among others the ﬁreworks on the Hofvijver in the Hague. A number of De Hooghe’s etches were disapproved by some people, since they would show shameful subjects. On the other hand he was esteemed as a great graphic satirist. De Hooghe was a propagandist of the anti- French politics. He painted large panels for the rooms of the mayor’s ofﬁce in Enkhuizen. In 1690 he moved to Haarlem, where he started lessons in pattern drawing for children on the Nieuwe Gracht 13.