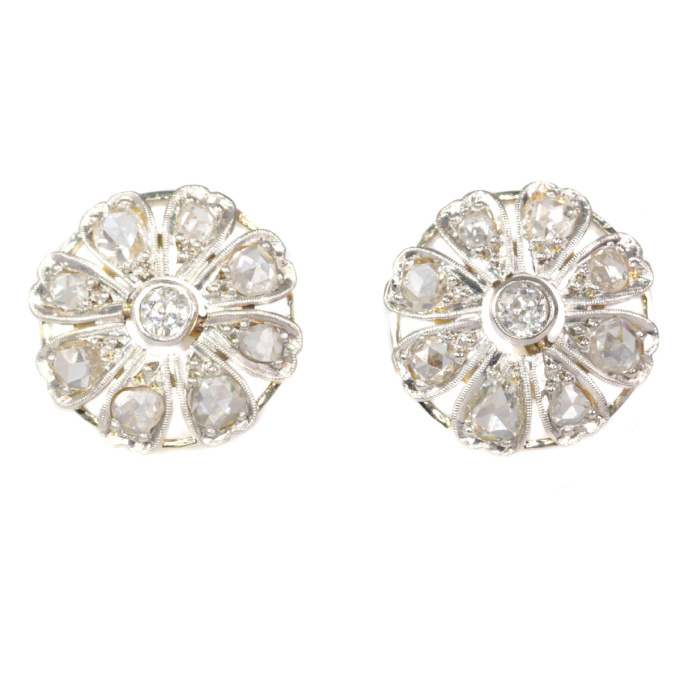 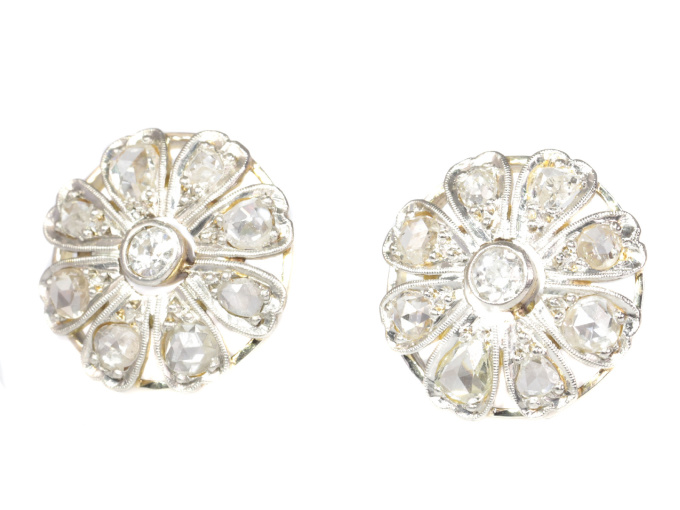 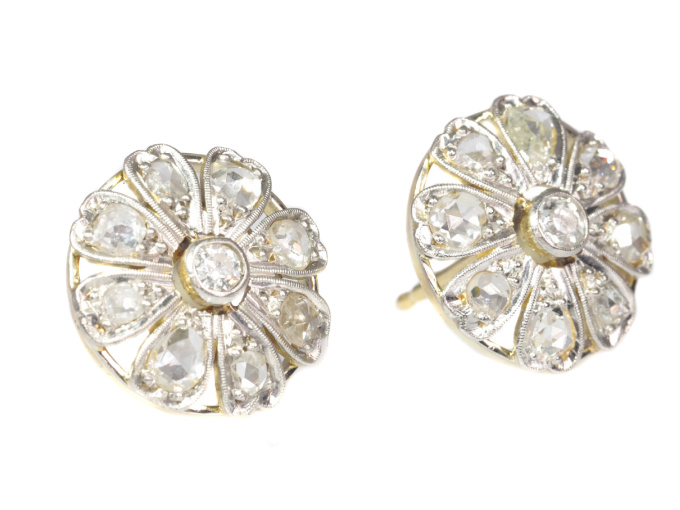 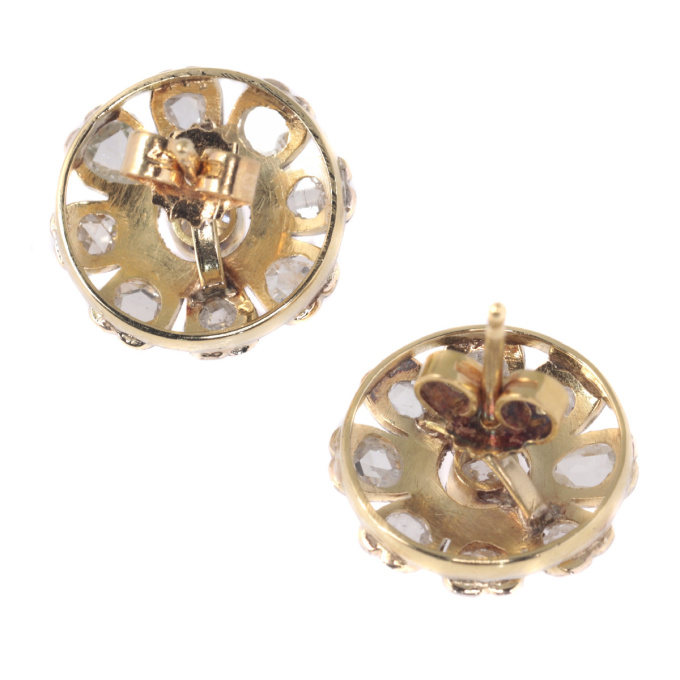 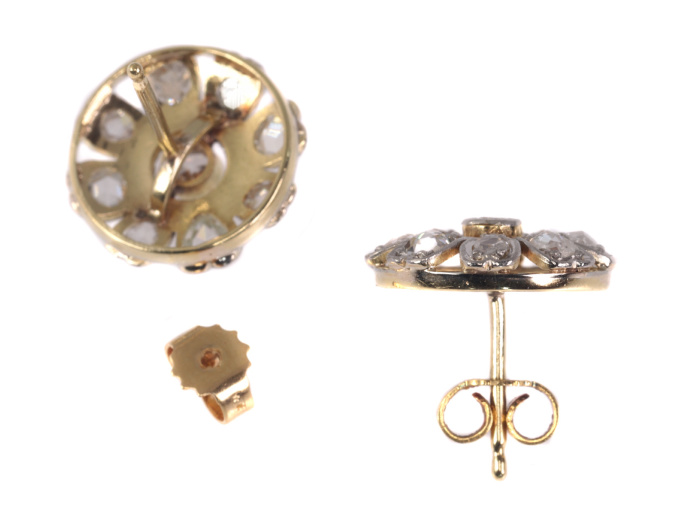 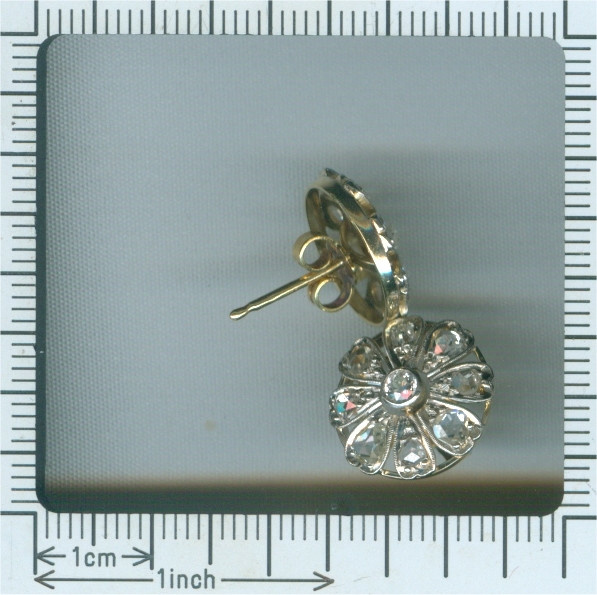 Style specifics: This is something between Belle Époque and Art Deco.

The Belle Époque (French for "Beautiful Era") was a period in European social history that began during the late 19th century from the Franco-Prussian War (1870-1871) and lasted until World War I (1914-18).

Material: Two tones of precious metal, the main part being 18K yellow gold and the white parts are either white gold or platinum. (touchstone tested)
-  (more info on precious metals)

Diamond(s): Two old brilliant cut diamonds with an estimated weight of ± 0.20ct. (colour and clarity: G/I, vs/si).
16 rose cut diamonds. We do not have the weight of the diamonds which is normal in our trade when it comes to rose cuts.

- All diamond weights, color grades and clarity are approximate since stones are not removed from their mounts to preserve the integrity of the setting. Also we have all diamonds screened by the IJGC - lab(www.ijgc-worldwide.com) for whether they are natural or synthetic, and all diamonds in this jewel are 100% guaranteed to be natural!