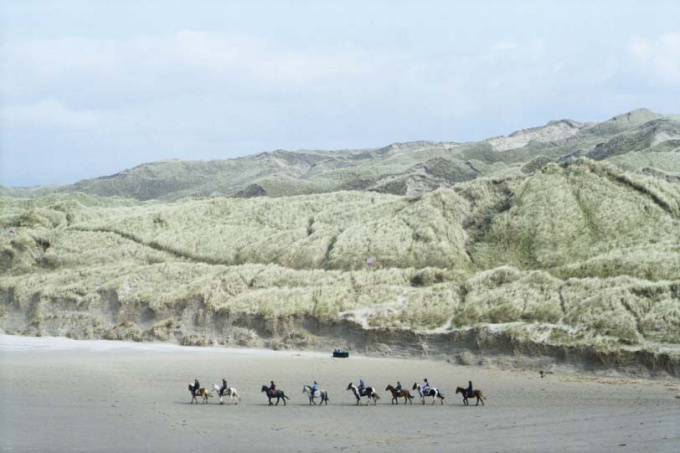 Bertien van Manen about Beyond Maps and Atlases: ‘At first, working in Ireland I wasn’t sure what I was looking for. My husband had died. I dispensed with the people and reflected on the atmosphere. I was guided by a feeling and a search, a longing for some kind of meaning in a place of myths and legends. There was mystery and endlessness at the edge of a land beyond which is nothing but a vast expanse.’

Beyond Maps and Atlases is the first body of work made in Ireland by the internationally renowned Dutch photographer Bertien van Manen. It traces her journey across the island over one and a half year. Van Manen’s Ireland is imbued with both a strong sense of place and an attendant sense of mystery.

Van Manen’s restless imagination has, in the past, taken her to Russia (A Hundred Summers, A Hundred Winters), China (East Wind West Wind) and the Appalachians (Moonshine). Beyond Maps and Atlases continues, and deepens, that sense of a continuous journey into place and belonging.

During her visits in Ireland she stayed in the homes of strangers, mostly other photographers living across Ireland, who became friends with van Manen and made work alongside the artist. While travelling she became immersed in Irish literature and was guided by the words and landscapes of Seamus Heaney, John Banville and John McGahern as much as the people she travelled with.

“I started out with no idea of what I was doing,” she says, “but slowly images of people gave way to images of nature as the work became more and more imbued with a kind of mystical feeling that is hard to describe.