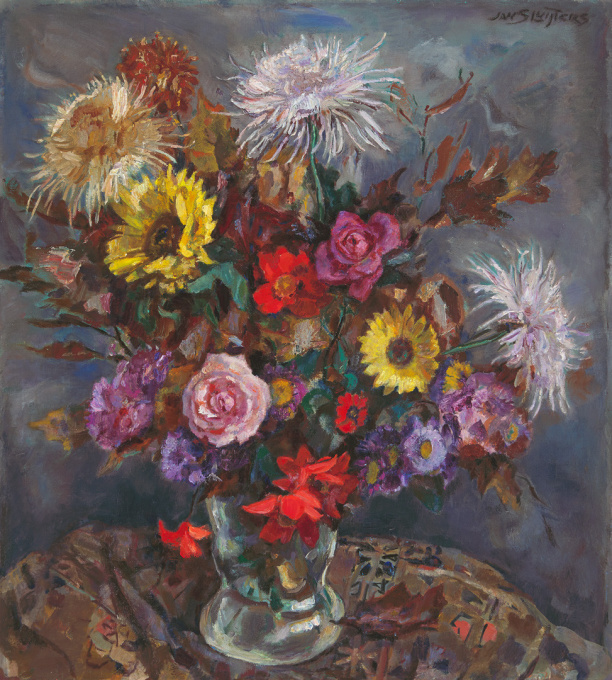 Bouquet with roses, sunflowers and chrysanthemums in a glass vase 1935