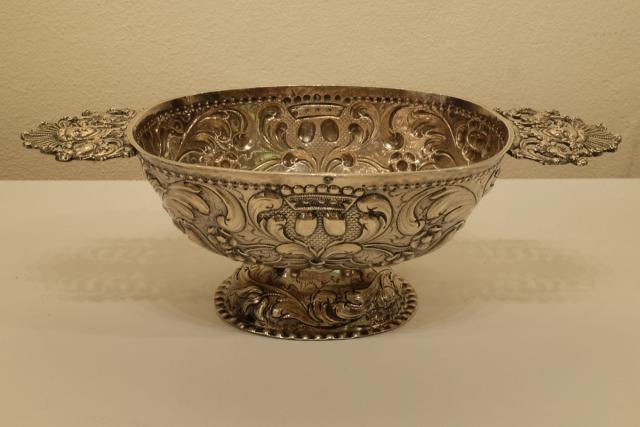 We know Wieger Cornelis Schreuder as a renowned Dutch silversmith. He was baptized in the Dutch Sneek on December 14th, 1690. He was born as the son of Cornelis Eeuwes Schreuder and Trijntje Wygers IJsonga. On June 7th 1722 he was married to Anna Rodenhuis.

In the year 1705 he was apprenticed by a silversmith. Some years later, in 1719, he became an established silversmith himself. Aside from being a silversmith, Schreuder also was involved in numerous aspects of the city government in Sneek. At the time of the death of his wife in August, 1754, he became ‘Olt Burgemeester’. Schreuder passed away in 1761, leaving behind numerous beautiful silver objects.