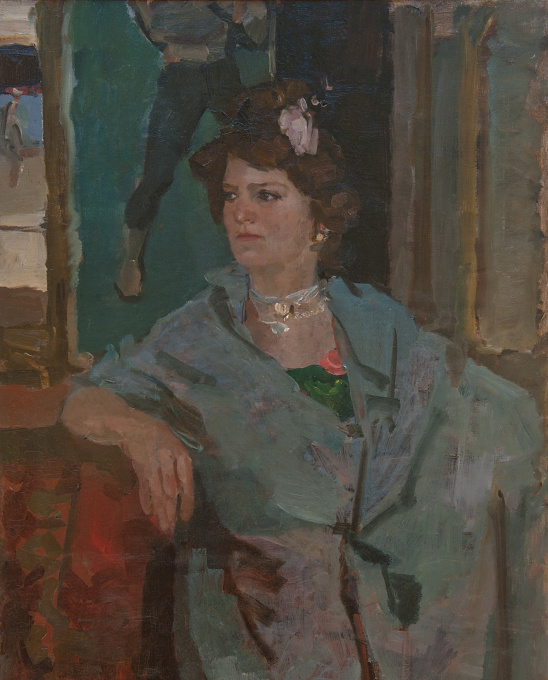 Dressed in a green gown, with a mantle falling loosely around her. Around her neck a fitting necklace, called a collier de chien. An earring hanging besides her face. Hair carefully put up with a rose stuck in it. What is this woman dreaming about? Her next performance, perhaps?

Israels painted this face with a lot of patience: made-up eyes, a hint of lipstick and a gleam on the nose. The figure is leaning against a high curb. Behind her, an announcement of an upcoming boxing match and a distant figure can be seen.