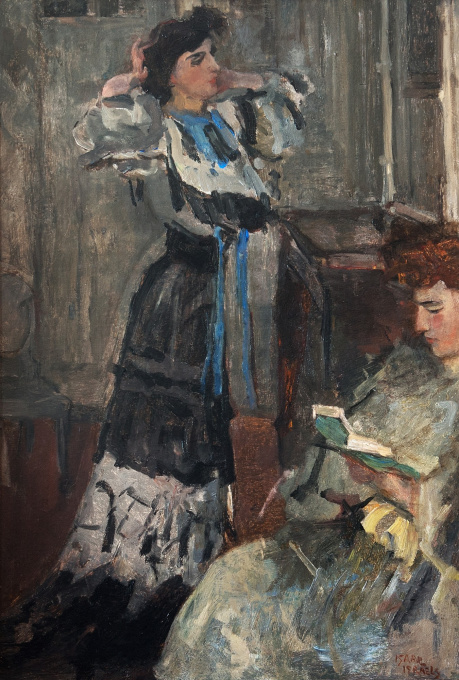 On this painting we see two women, waiting in turn to go on stage. Behind the ladies we see a chair and a chest of drawers.