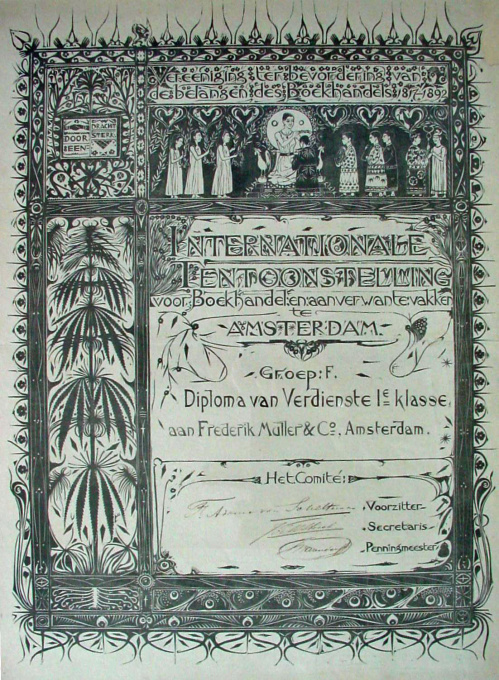 Certificate of the Association of Booksellers 1886 - 1924